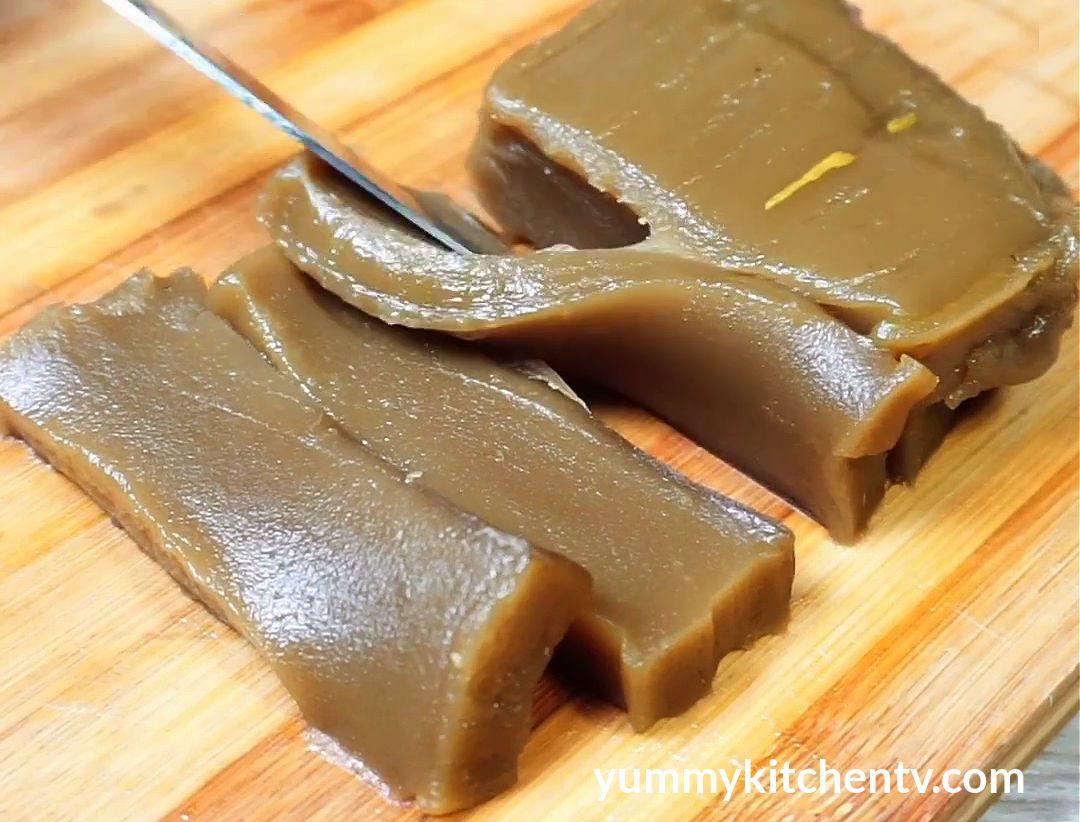 Tikoy or Nián gāo is a type of glutinous rice flour rice cake, which is considered to be the highlight of a Chinese New Year. This is also popularly known as Chinese New Year’s sweet pudding. Tikoy is the most popular treat during the New Year’s Lunar Festival in the Philippines.

WHAT IT IS TIKOY

The origin of Tikoy was the Filipino adaptation of Hokkien Chinese words: ‘ti’ and ‘ke’ meaning sweet and cake. Although it can be eaten all year round, it is traditionally the most common in the Chinese New Year. It’s considered good luck to eat tikoy during this period, since tikoy is the same name for “higher year.” Tikoy or Nián Gāo for the Chinese word where (nián), meaning ‘sticky,’ is identical in sound to the word ‘year,’ and the word (gāo) meaning ‘cake’ is identical in sound to ‘high or tall.’ As such, eating nian gao has the symbolism of raising oneself taller every year that comes (niannián gāoshēng). It is also known as a rice cake. This sticky sweet snack was believed to be an offering to the God of Kitchen, with the intention that his mouth would be stuck with a sticky cake, so that the human family would not have a bad mouth in front of the Emperor or God.

So, I’ve been looking for a simple tikoy recipe, and I’ve tried it out. With this recipe, I can simply say that this recipe is one of the best Tikoys I’ve ever tasted and the easiest way to prepare. Everything you needed was glutinous rice flour, dark and light brown sugar, hot water, banana leaf, oil and egg. Any of the ingredients can be easily purchased on the local market. In the Philippines, glutinous rice is generally referred to as malagkit in Tagalog and pilit in Visayan, each of which means “sticky.” If you find it hard to look for glutinous rice flour, you can buy only the rice itself and grind it with a food processor. Let’s take a look at how I made this recipe. First, mix dark and light brown sugar in a bowl. Maybe you’re curious why I’m using dark and light brown sugar? Does that have any differences? Ok, here’s the answer… both light and dark brown sugars contain molasses but dark brown sugar contains more. Along with the increased amount of molasses, there is a richer, darker color, slightly more moisture and acidity, and a better taste with more defined caramel undertones.

We don’t want our tikoy to look too dark, but we also wanted to achieve the exact sweetness that we needed for this recipe. Moving back to our procedure, we add the hot water to our sugar and mix it well until all the sugar is completely dissolved. Then I added the oil and the flour of the glutinous rice to our sugar mixture and mixed it gently. While I add the glutinous rice flour to the sugar mixture, I use a sifter to make sure that the rice flour is properly filtered or sifted. With our mixture of Tikoy, we don’t want to have any gritty experience. We needed a gel, a smooth and mouth-watering taste of Tikoy.

Disregard  if there’s some unground rice. When the mixture is well combined or mixed, set aside. Prepare your loaf pans by placing a banana leaf on it. You may use rubber bands to hold and secure the ends. I use two loaf pans for this recipe.  I use two loaf pans for this recipe. Divide the tikoy mixture into two and place it in a loaf pan and set aside. Prepare your steamer by adding at least 4 cups of water and boil for around 3-5 minutes. Once the water has boiled, put the loaf pans and cover with the banana leaf. Make sure you don’t touch the tikoy mixture, then cover it with the lid cover. Steam it for 40 minutes or so.

Once finished, remove the loaf pan from the steamer and let it cool at room temperature first, then put it in the refrigerator for about 1 hour. When it is completely cool, remove the tikoy from the loaf pan and the banana leaf. You can eat or cook the tikoy. Slice the tikoy lengthwise and place the sliced tikoy in a plate. In a bowl, crack and beat the egg and pour over the sliced tikoy. Prepare a pan and heat it with oil. Place the sliced tikoy one by one and pour the rest of the eggs. When the egg is completely cooked, place it in a plate and serve. Our cooked tikoy is ready to serve. The recipe below shows how to prepare Tikoy. Enjoy it!

Watch how to Cook Tikoy