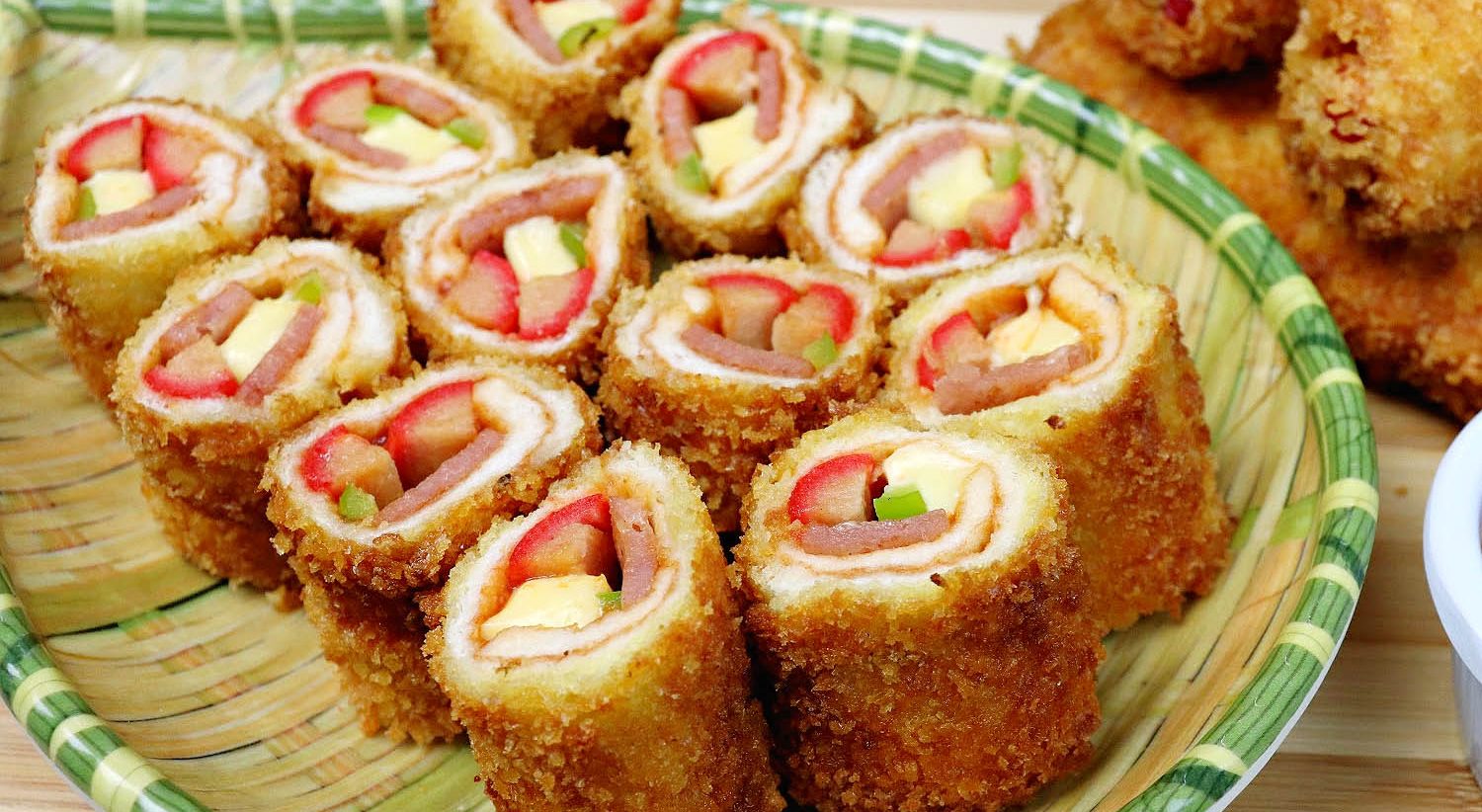 Pizza bread roll, or simply Pizza Roll, is a yummy and scrumptious snack for everyone, especially your kids. It is good as appetizers for parties and potlucks too. Pizza bread roll is perfect if you are craving for some pizza slices but too lazy to go out or order. You can make some of these bread rolls in a jiffy.

In this recipe, you will just need a few ingredients, or whatever you can find in your fridge. You can just basically chopped those meats and veggies, toss on the top of your flattened bread and fry. This is an inexpensive alternative for your pizza cravings. Let’s start cooking.

How to cook Pizza Bread Rolls

Cooking pizza bread rolls start with prepping the ingredients. I think this is the tedious part of cooking pizza rolls. First, I usually boil or fry my meat filling such as hotdogs and ham. When using red hotdogs, I usually boil it for at least 5 minutes. As for the ham, I lightly grease the pan and cook it until light brown.

Then, flatten all the load breads. You may use rolling pin or bottle, whatever available. After flattening, spread some pizza sauce then put all the fillings. Roll them and make sure that it is tightly sealed in the ends to avoid opening while frying.