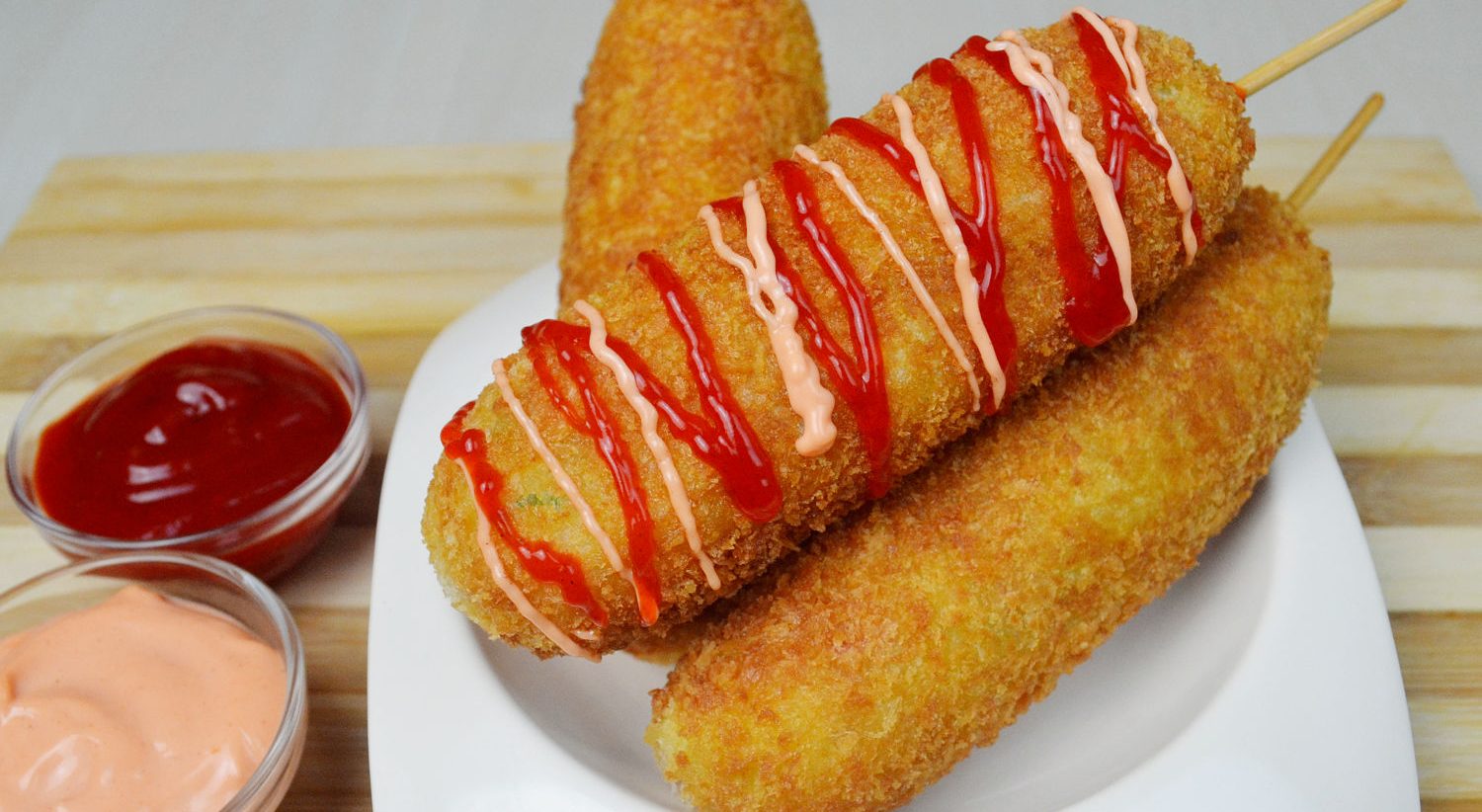 Potato cheese roll is a popular snack similar to a corndog but is made out of mashed potato stuffed with elegant stick of cheddar cheese. It has a crispy coating on the outside and a very soft layer of mashed potatoes on the inside with oozing cheddar cheese in the middle. It can be eaten as a snack or an appetizer depending on its size. Potato cheese rolls are commonly skewed in bamboo sticks for easy consumption. It is best enjoyed with different sauces like mayonnaise, ketchup and mustard.

HOW TO MAKE POTATO CHEESE ROLLS

Some of the sauces which can complement the potato cheese rolls include mayonnaise, ketchup, mustard sauce, garlic mayonnaise or if you’re a real fan of cheese, try adding more cheese sauce.