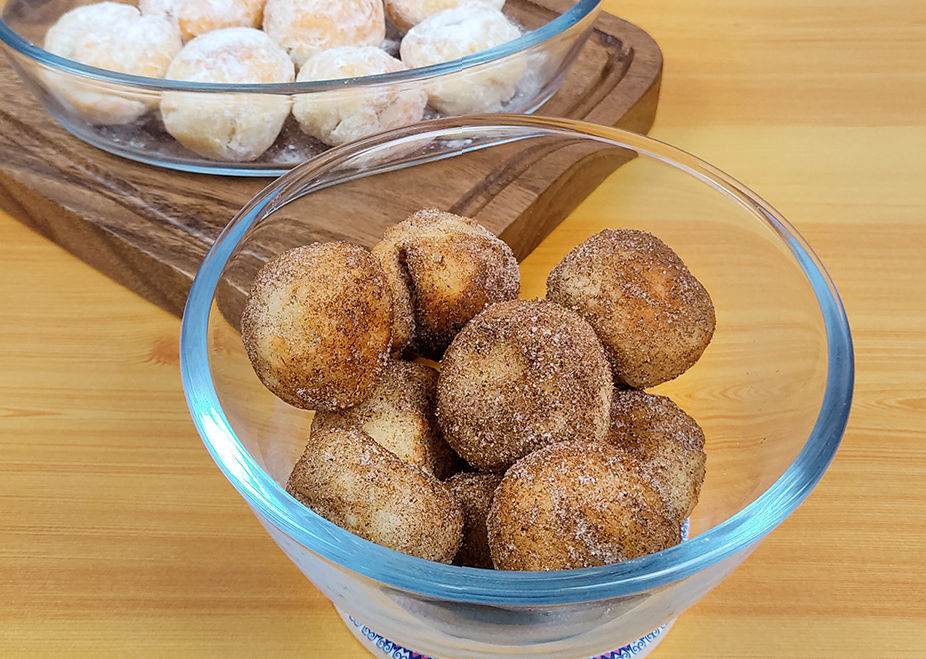 This 3 ingredient Donuts need only 3 ingredients that is all purpose flour, yoghurt and baking powder and it will be right one for you, if your are looking for a donut recipe with least ingredients. Yummy Kitchen 3 ingredients donut recipe is very easy, simple and quick to make. Choose your coating, but we definitely recommend cinnamon sugar for this one. Yum!

WHAT IS A YOGURT?

The yogurt is the special ingredient which will do most of the magic for our quick and easy donut recipe. It is a dairy product, which is any food made from the cow’s milk. Yogurt is actually fermented cow’s milk. The Lactobacillus bacteria is the specific type of bacteria used in the yogurt-making process. Even if it is a bacteria, do not be scared as it is a safe one. This bacteria is also the one used in your favorite Yakult.

I have been seeing this quick yogurt bread recipes in Facebook for quite a time now. As a traditional baker who usually uses yeast, this is big news to me. At first, I simply got interested on the science behind it.

You may thought that yogurt is just a simple chilly treat which you can eat as a dessert or a snack. Little did you know that you can make a bread using yogurt! As mentioned earlier, the yogurt is a type of fermented milk. The bacteria in the yogurt is similar to the action done by yeast in our breads. It helps in making your dough rise, in a quicker way! Of course, we do not want a flat donut.

Aside from this, using some yogurt adds some fat to the bread instead of using oil or butter. Its creaminess helps keep the bread moist and of course, adds a hint of creaminess to the bread.

Having my niece’s playmates come over to our house is a great chance to try this yogurt donuts recipe. Kids love donuts! I was really excited to try different coating for this donut balls and cinnamon sugar would be nice.

If you wanna know how to make a donut with just 3 ingredients, read and follow the quick and easy recipe below. Happy cooking!

HOW TO MAKE 3 INGREDIENT DONUT

With just 3 ingredients, would you really believe we can make some donuts with just three simple ingredients?! This might be a shock to you, but yes we can!

Simply combine all the ingredients in a large bowl until you form a sticky dough. Unlike most breads which needs around 10 – 15 minutes of kneading, you will only need around 2 to 3 minutes for this one. If the dough is too sticky, you can add some flour to the surface or add some oil to your hands. Then, make them into balls. This recipe can yield to 15 – 19 donuts.

Deep fry the donuts in an oil heated at 180 C. The last thing you wanna think of is the coating. If you wanna keep it simple, powdered sugar coating is already enough. But since we are making these for the kids, a cinnamon sugar coating will surely boost their appetite.

You may experiment on other coatings that you like. Some of my suggestions would be white and dark chocolate with sprinkles, honey glazed donut or filled bavarian donut balls. Yum! Not just for kids, but for adults too!