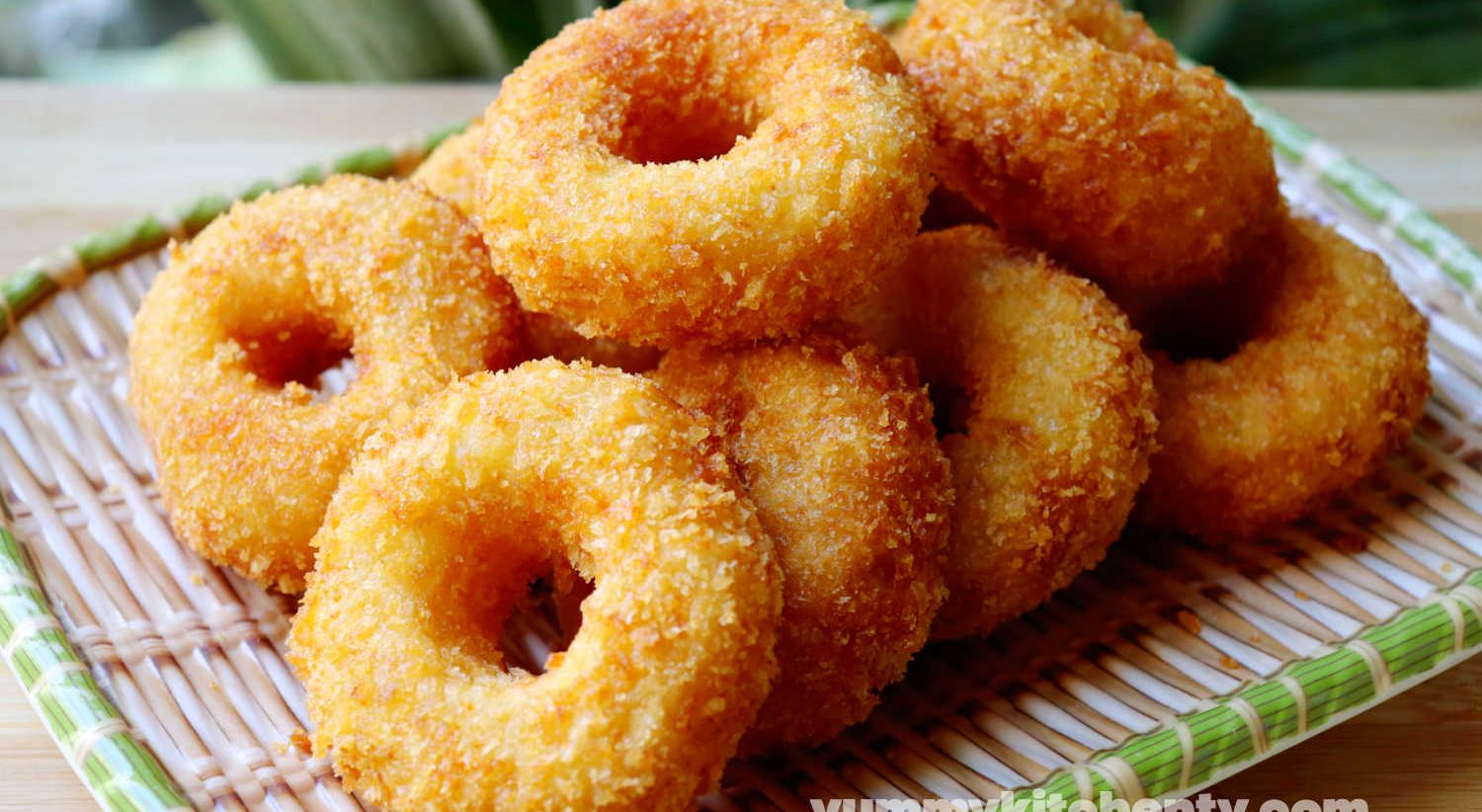 Treat yourself with a guilt-free vegan doughnut! Kamote doughnuts are not just a healthier option but is also naturally sweet and appetizing snack or dessert. This no-bake recipe will help you make your homemade sweet potato doughnuts any time you crave for it.

Sweet potato is the highlight ingredient in this delicious treat. Compared to regular potatoes, it is naturally sweet and is very smooth and cream-like when boiled and mashed. This is why sweet potatoes are considered a versatile root vegetable often used in many desserts.

You might be surprised how easy this mouth-watering doughnut can be. With just few and simple ingredients, you can make a large batch of it at a low cost. Aside from being cost-effective, kamote doughnuts also offer a pack of vitamins and minerals which cannot be obtained from the regular doughnut. The recipe is very simple, with no baking needed.

HOW TO COOK KAMOTE DONUT

Kamote doughnut is a very easy treat to make. This treat can be enjoyed by people of all ages, especially children. Have your kids help and bond with you as you make this simple and amazing snack. Some steps in this recipe will be needing some arm work, so it is best to have some extra helping hands.

To start with the doughnuts, prepare the main ingredient­­­, the sweet potatoes. Wash them, peel them, and cut into wedges. You can cut them smaller if you want them to soften faster. Soak the chopped sweet potatoes in water to avoid darkening. Boil the sweet potatoes and let them become fork-tender and soft. The next step would be mashing the potatoes. If you will be making a large batch of this recipe, prepare your arms as this can be an arm work for some. Once done, add the mashed sweet potatoes in a large bowl together with the other ingredients. Mix and knead them using the hands until a sticky smooth dough is formed. The consistency must be clay-like but softer.

The next step would be portioning the dough. Portioning is important so you can have uniform doughnut sizes. In this recipe, I used a 1/8 measuring cup. Roll the dough into balls and then flatten. Lastly, poke a hole at the center using your finger. To help remain the doughnut into shape while frying, dip each doughnut into the eggs and breadcrumbs. Deep fry the doughnuts until both sides are golden brown.

Serve warm. Take time on every bite and enjoy the crispy outside and the cottony soft inside. Now that you have learned the classic type of sweet potato doughnut, you can experiment with your favorite toppings.

Watch how to Cook Kamote Donuts