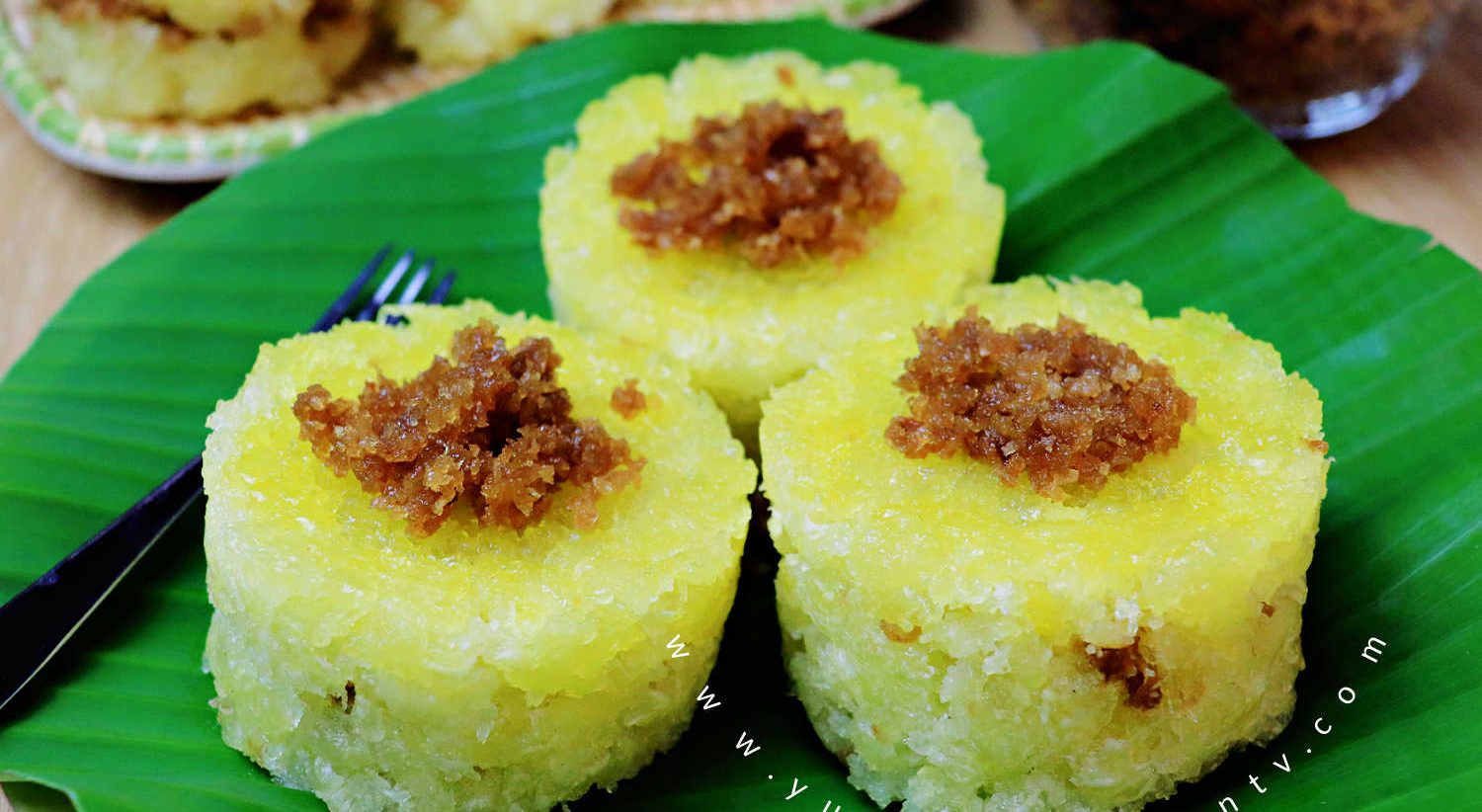 Most of the puto we know are made from steamed rice cakes, right? But do you know that you can make an amazing puto using cassava? Puto lanson is a native puto variety made with steamed grated cassava and brown sugar. Best eaten as an afternoon snack with some hot coffee or tea.

Puto lanson is a puto variety which originates from the Western Visayas region particularly in Iloilo City. Originally, it is called aripahol balinghoy. More common names for puto lanson are puto balinghoy or cassava puto. Just like other kakanins, you can buy some puto lanson from the vendors along the street.

The only time I was able to try puto lanson is when my auntie brought some pasalubong from her Cebu trip. She only brought a dozen of puto lanson wrapped in banana leaves. It was unique to us during that time which made us bitin and wanting for more. And with that, I searched for recipes of puto lanson online and tried to make some on my own.

Reading the recipes, I was surprised that you only need a few ingredients in making puto lanson. What amazes me is that, unlike other steamed puto, puto lanson is cooked in tin cans or molds. There are a lot of filling choices and the best one for me is the bukayo. I’ve been eating plain bukayo as a coconut lover and this sweet treat never fails to amaze me. What more if used as a filling for puto lanson?

I was so excited in trying out puto lanson for the first time. I have looked for tin can molds with holes from the mall but were a bit expensive so I improvised. I have cooked some of my canned products just to have tin cans for my puto lanson. My first trial was pretty great and I look forward to trying other coconut-based fillings for next time.

If you also got excited about puto lanson as you read this blog, make some today!

HOW TO MAKE PUTO LANSON

Puto lanson is one of the unique puto varieties you can try at home. To make this puto, there will be two major components—the bukayo and the cassava.

The bukayo will be the filling for our puto lanson. Simply add the bukayo ingredients in a pan and stir until the bukayo dries up. Just stir gently and not too much. Overstirring can make your bukayo super chewy which is not fun. What we want for our bukayo is the mouthfeel of the small bits of sweet grated coconut. Some other filling ideas would be macapuno or freshly-grated coconut.

Grab your cassava and peel them. The peel may look like thin wood and is easily removed by The cassava is prepared by grating them into small pieces. Squeezing the liquid out is important to our puto lanson to form together for later. I used mesh cloth in squeezing my cassava which turned them into cute balls of cassava fibers at the end. Loosen your cassava and do a quick scan of your cassava fibers for some big chunks and remove them.

Grab your tin molds and add a loose layer of cassava, the bukayo filling at the center and a top layer of loose cassava. Do these until you fill up all your tin molds. In case you made too much of the ingredients, you can store them in the fridge and use for later.

Steam your puto lanson. It may take about 25 to 30 minutes for it to cook. You’ll know that the puto lanson is cooked when the cassava is soft and tender to the mouth. Flip the puto lanson in a plate and brush the top with some melted butter or margarine. You can add more bukayo filling for a sweeter experience.