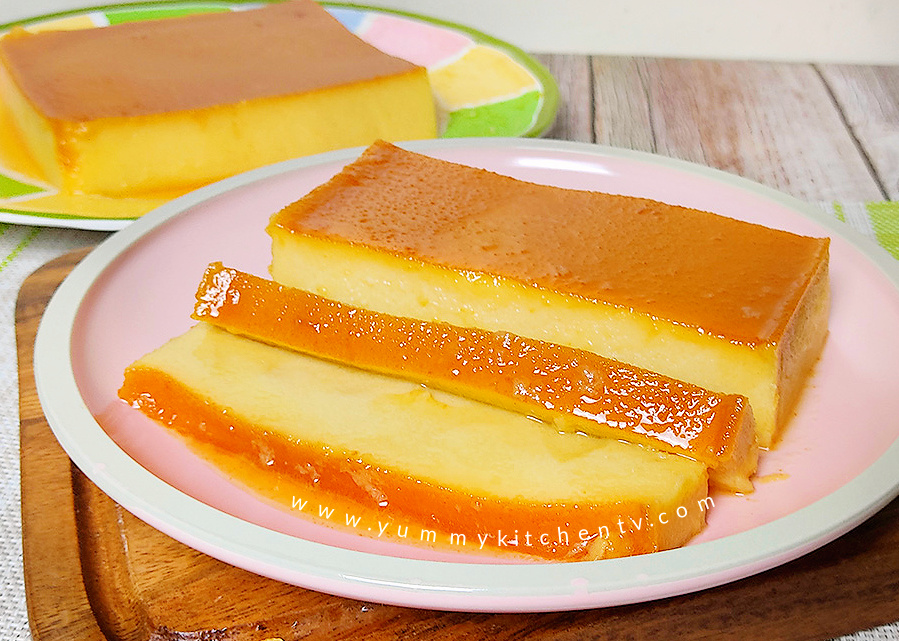 Bread Custard Pudding is a dessert made by steaming the custard mixture made by breadcrumbs, egg yolks, whole eggs, condensed milk, evaporated milk, vanilla extract in a cake mould coated with carnalised sugar. Bread custard is a yummy treat almost similar to your favourite leche flan but is more fulfilling and heavier to the tummy. If you have leftover breads, don’t throw them out! They are perfect to use for the bread custard. This snack is an economic dish to also help reduce our food waste. Happy tummy and happy pocket at the same time!

WHAT IS A BREAD CUSTARD PUDDING?

Bread custard is one of the usual breads you can see in a local bakery. If you are not familiar with the name bread custard, then you might be familiar with it when I tell you that it is similar to the “bread pudding”.

Let me share you a quick history of this sweet snack. Many years ago, chefs are looking for a way on how to use the stale breads that have been left at the pantry. These breads are almost dry, almost hard, and is very not palatable at this state. The chefs invented the bread custard to have a way of saving these stale breads and let people enjoy them in a new form.

That history was many years ago already but I apply it whenever I have some excess bread in the pantry. Food waste is a no no for me so these type of recipes is very useful to help reduce leftover foods.

I’m not sure if it is just us or not but, do you buy a lot of loaf bread during the Christmas to New Year season? We are just a family of 7 but we buy 5 loaves of bread during this time of the year. We often have visitors, that’s why I get it when we buy a lot. Expiration dates for loaf breads are usually 5 to 7 days only. And more often than not, we have excess bread at the end of the celebrations.

Bread custard is my go-to dish whenever our loaf breads are getting near their due dates. This dish gives the bread a brand new look and taste. You won’t even know that there’s bread in it! This sweet dessert is similar to a leche flan, but has more texture to it.

What I love about bread custard is that it is less sweeter than a regular creme custard (leche flan) and is much more fulfilling, since it has more carbohydrates from the bread. It’s not just a dessert, but definitely also a snack!

If you are worried about giving your kids leche flan because it is too sweet, you can give them bread custard instead! If you wanna know how to make some bread custard, read and follow the simple steps below. Happy cooking!

HOW TO COOK BREAD CUSTARD PUDDING

If you have made a leche flan in the past, this recipe will be super easy peasy for you. There are just a few additional ingredients and extra steps but the whole process is almost similar.

Start with the caramelized sugar since this will be at the bottom part of the mold. You can do this by combining water and sugar and then heat them until amber in color.

Similar to a leche flan, the custard cream base would also be made with milk and eggs (and extra egg yolks for a creamier flavor). To make this faster, the blender will be a lot of help for this recipe. If you want to skip all the manual mixings, you can dump all the ingredients in a blender and then blend.

Remember to remove the edges of the bread and cut them into just smaller pieces. I cut my bread into 4 parts before adding in the blender. Big cuts of bread are sometimes hard to crush, ya know. And blenders are still a bit pricey haha.

When the mixture is ready, transfer them to the mold. Steam the bread custard until ready. You may do a taste test to know if it’s cooked. The bread custard will more likely stick to the molder, so use a knife or spatula to loosen it up before flipping to a plate.

I love having a lot of this gigantic bread custard leche flan with some fresh buko water on the side! (to cleanse the too much sweetness)