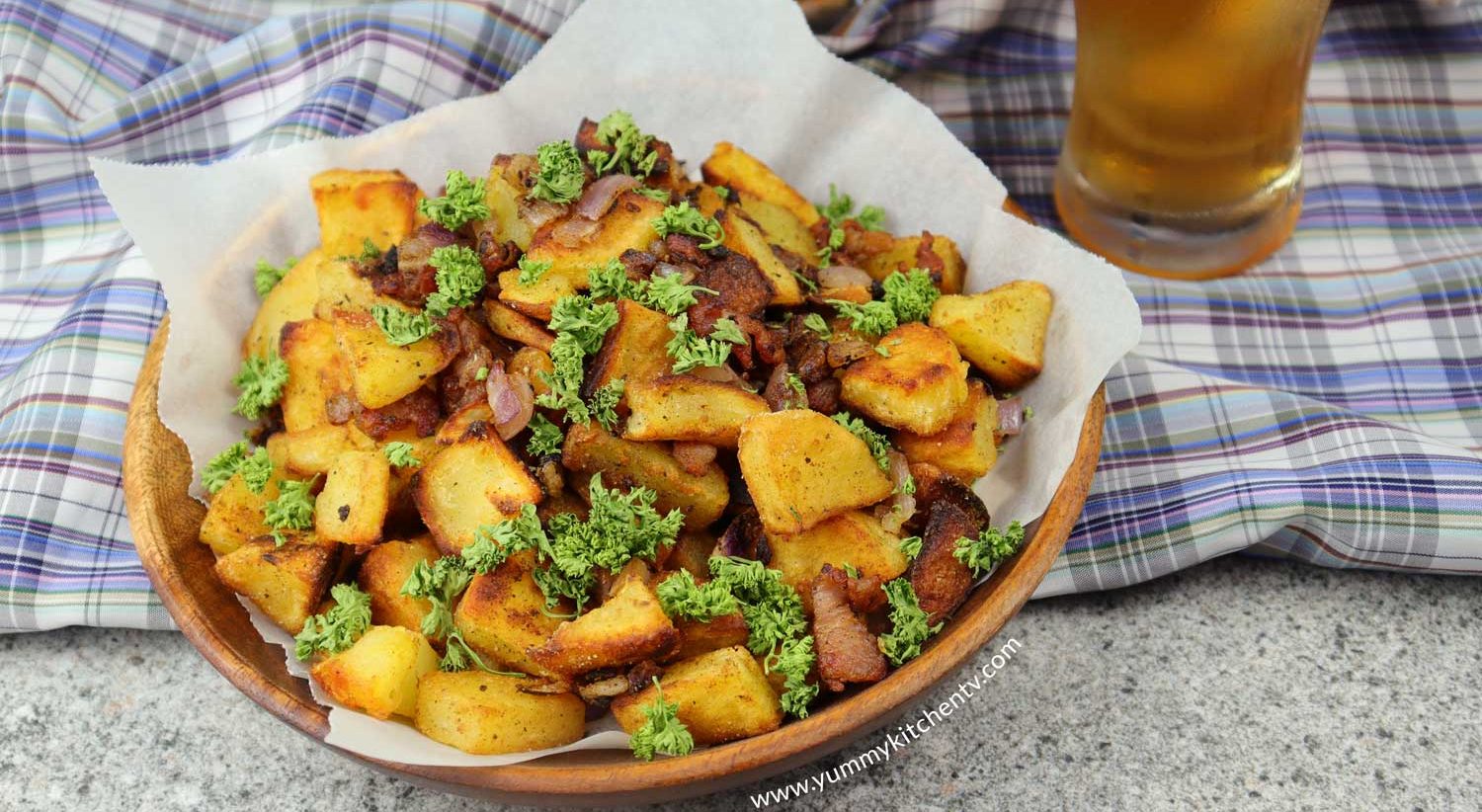 Potatoes no matter what people say are one of the best things to use in the kitchen, from making small meals, snacks, to sides, to being the main meat. Potatoes are just so versatile, tasty and filling and cheap that anyone can incorporate them in their daily lifestyle. In this Pan Fried Potatoes recipe, we’ll be upgrading the usual fries with a combination of mojos with a little less effort and a bit more health conscious fried potatoes that you can enjoy this recipe as a party snack, afternoon go to savory dish, or just a little fried and flavorful thing on the side.

The rise of potatoes

Why do people love fried food especially fried potatoes? From the usual French fries, twister fries, mojos and many more. The combination of oils, salt, fats, and in some fat food places sugar or beef broth makes into a really addictive pack of fries. The soft center you get into after that satisfying crunch feeling is just so very gratifying. There are more than just one kind of potatoes, while origins of the French fry may vary, it’s often credited to Belgium and France. Potatoes were introduced by the Spanish through trade and gradually spread this spud throughout the continent. Potatoes didn’t grow well in some lands and it caused a bitter taste, after decades of trying out different methods of cultivation and different soils to plant these on, the potato soon began to be a popular root crop used and beloved by many today.

In some stores about the potato, the Belgium were one of the first that tried frying potato strips in the late 17thand early 18thcentury. The villagers of Meuse had a diet consisting of fried fish, which were caught in the local river, in the winter the river freezes and fishing was no longer an option. So as an alternative they used potatoes, which was when the French fry was created. Although this was stated in many stories many other western countries also staked claim on this sinfully addicting treat. Spain and France state that that the culinary dishes as an outcome from potatoes were a result to their contribution, while the United States alludes to the year of 1802 when Thomas Jefferson requested the potatoes to be served in a French Manner in a meal eaten in the White house.it was in 1856, that the term “French Fried potatoes” was coined and used in print.

No mater what we do to potatoes the outcome of the dish usually comes out as a masterpiece of a delectable treat the is so versatile some people can even eat them for their three meals; a breakfast of hashed potatoes, a lunch of baked potatoes, and even a dinner with roasted potatoes. People love them so much! One for their health and diet and others because it completely fits with their ideals dishes, a combination of herbs seasonings, creams, sauces, and cheeses the humble potato is such a wonderfully basic but versatile dish you can use anywhere.

This pan-fried potato recipe is a quick easy to do dish when you have an afternoon to yourself and have nothing to do, wanting to munch on some crispy nicely seasoned savory potatoes, make your own version of healthier fried potatoes, or have potatoes that you really need to use up before they rot. You’ll only need to peel and boil 3 potatoes, letting them cool and cutting them to bite sized pieces, cook the onions till it turns translucent, and bacons to a crisp, fry the potatoes with a little oil, mix back the onion and bacon, with your choice of seasonings, and top them with parsley for more color. And ta-da! You’re ready to enjoy a nicely plated and colorfully fun looking snack!