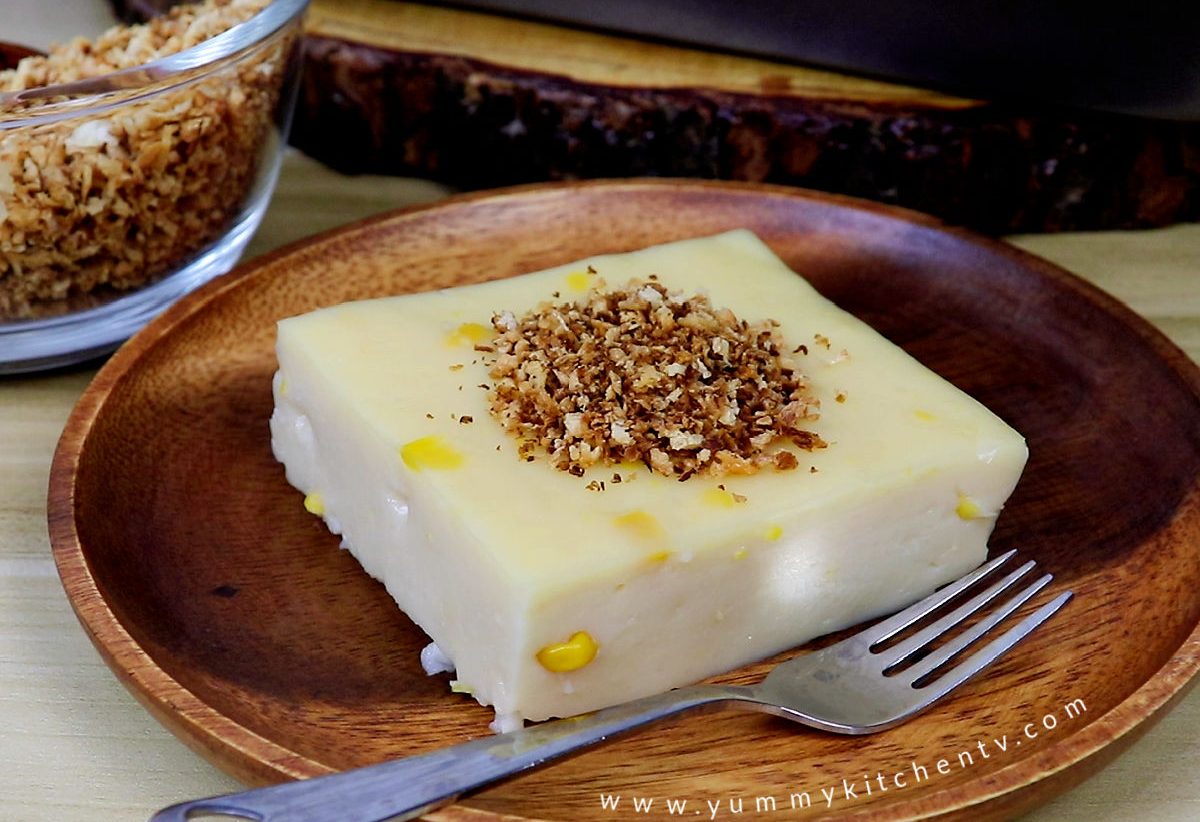 Maja blanca is a classic Filipino native delicacy made with thickened coconut milk. It is a white and simple kakanin with a mildly sweet flavor, which is why a budbod toppings would crown it nicely. Best served chilled during an afternoon snack with coffee.

Maja Blanca was one of the classic Filipino native delicacies which has been our favorite for a long time. It was theorized that maja blanca was invented during the period of Spanish colonization. The word maja means “to pound, grind, mash” while “Blanca” is the Spanish term for white. The name maja was used since making this kakanin involves pounding of coconut meat to extract the milk or cream.

The traditional maja blanca was plain and topped with corn bits. Modern versions added different toppings like grated cheese and uses different flavors like ube and pandan. In this recipe, I made use of the sepal or the desiccated coconut, also called the budbod. The word “budbod” means to spread.

In making coconut-based dishes, do you buy ready-made coco cream or do you press your own at home? If your answer is the first one, I bet I can encourage you to do the home pressing at home and have your own coconut cream. Here is just a short list on the what you can gain in home coconut pressing.

HOW TO MAKE MAJA BLANCA WITH BUDBOD

Making maja blanca is just making the main mixture and just heat it then allow it to set. Start by making your slurry, just for it to be prepared beforehand. The maja blanca mixture is simply made by combining all the ingredients. Remember to adjust the sweetness level before adding the slurry. In this recipe, I used ½ cup sugar. Add the slurry after heating the mixture and cook until super smooth and sticky.

With the cornstarch as the thickening agent, maja blanca is very quick to set. If you’re dealing with a large batch, it is advisable to have someone to help you transfer the maja blanca into the container so you can scrape the sides of the pan well. Tap the container against the table for a few times to let out of the trapped bubbles and to flatten the top. In this recipe, I was able to make 2 trays.

While waiting for your maja blanca to chill, make the budbod by heating the sapal and sugar together. When it becomes golden brown, grab a slice of maja blanca and add some budbod on top. Enjoy!

Watch how to Cook Maja Blanca with Budbod