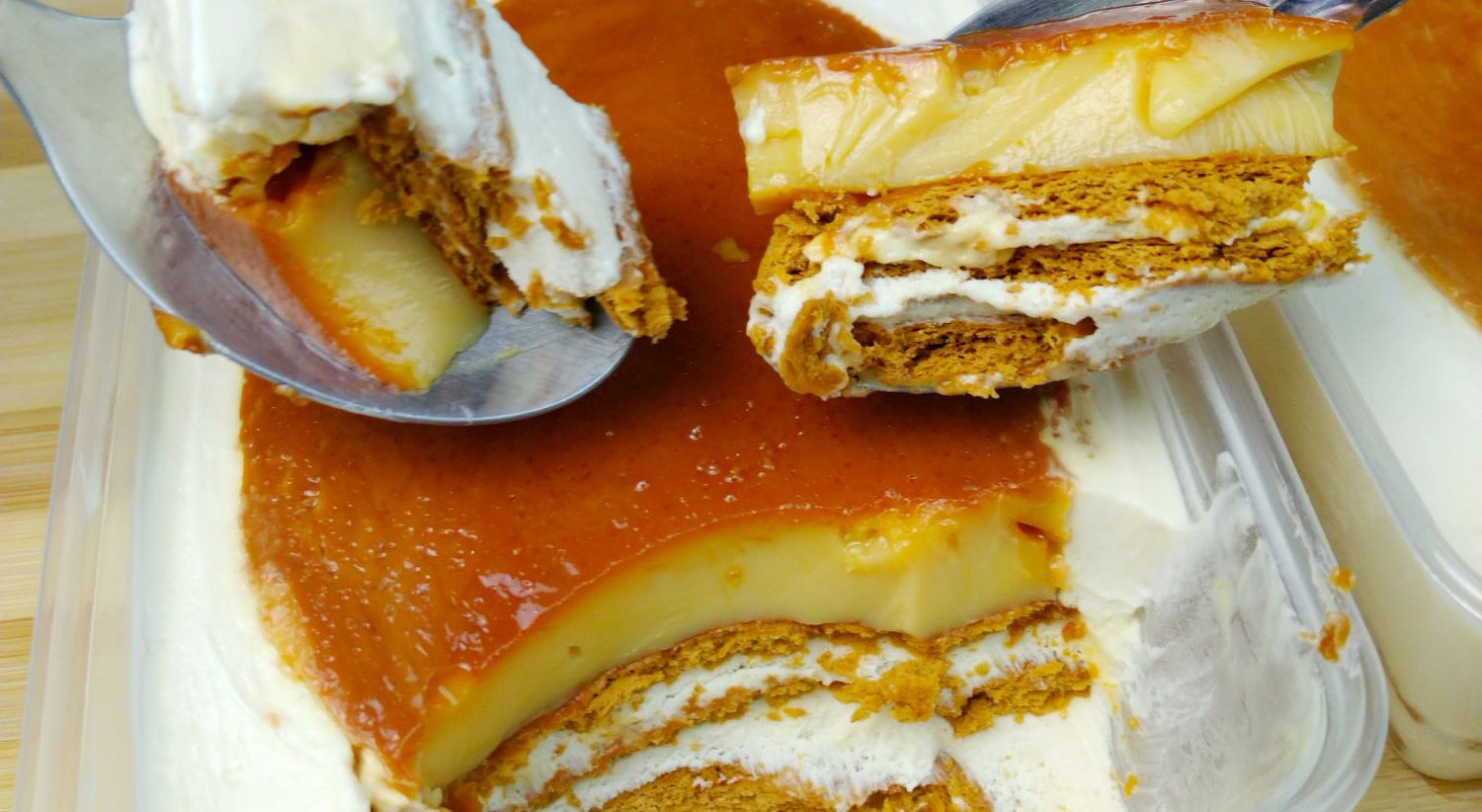 Leche Flan Graham Float is a frozen dessert that grabs the people’s hearts with the combination of two of the most loved Filipino desserts. It gives the convenience of eating two different glorious dessert in one bite. Leche flan graham float has a sweet and thick graham cake base and a whole soft and creamy leche flan on top. This a great treat especially for the sweet lovers.

Leche flan graham float is often eaten as a midday dessert or snack to satisfy one’s cravings. It can be made for personal consumption or sell as a business product.

Make your leche flan graham float with this simple and easy steps. First, you prepare the whipped cream by whipping the all purpose cream in a large mixing bowl on high speed until it doubles its size. Doubling the volume of the cream might take you a while so it is recommended to use a hand mixer if you have one. When the whipped cream has doubles its size, add the condensed milk and blend the mixture on low speed. The whipping cream is now ready.

You can modify the graham cake base by adding flavors. You can try the usual graham cake flavors like mango, chocolate and fruit salad. For a fancier look, you can add different food colorings on each whipped cream layer to make it more appealing. You can still add your favorite toppings on top.