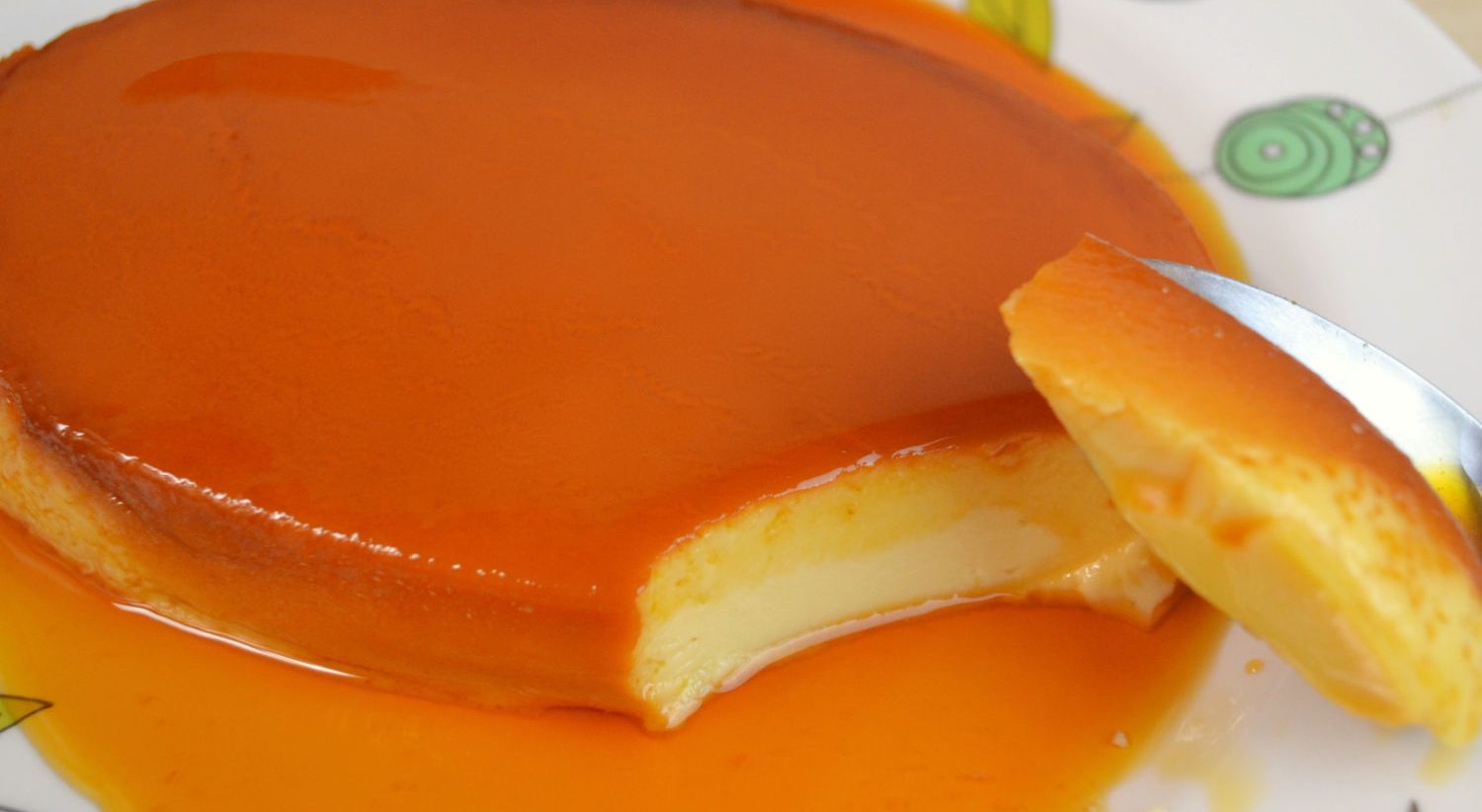 By YUMMYKITCHENPosted on January 5, 2021October 4, 2022
Jump to RecipePrint Recipe

Leche Flan is a creamy Filipino egg based pudding made by steaming a mixture of eggs, milk, vanilla extract in a llanera, coated with caramelised sugar. Leche flan can be considered a constant dessert since it is almost present in all types of celebrations. The creaminess of the leche flan drizzled with some sweetness of the caramelized sugar makes it one of the best desserts ever. One small bite of leche flan will leave you wanting more.

Leche flan has been greatly influenced by the Spanish cuisine. This dessert was adapted from the Spanish flan de leche. The word “leche” translates to “milk” in Spanish. This makes the leche flan a milk flan. Leche flan is also known to be the Filipino version of the world-famous creme caramel. Both recipes included a custard base and a sugar syrup topping.

Leche flans are steamed and served in small oval aluminum mold called llanera. Leche flan has been staple classic dessert for decades now. It is often served as a dessert on its own during fiestas, birthdays and other celebrations. It can also be enjoyed in other ways such as toppings for other desserts like halo-halo, ice cream flavor and in cakes and pastries.

HOW TO MAKE LECHE FLAN

Let’s start with the leche flan mixture. Crack the eggs and separate the egg yolks and the egg whites. Only the egg yolks will be used in this recipe but do not throw the egg whites as you can use them in other recipes. Leche flan made with pure egg yolk is better since it is tender, pleasantly sweet and flavorful and has a more attractive golden yellow brown color unlike the leche flan made from whole eggs which is stiffer, pleasantly sweet but less flavorful and has a lighter golden brown color.

Transfer the egg yolks in a large mixing bowl. Add the rest of the ingredients and blend slowly so there will no bubble formation. When the leche flan mixture is ready, strain them twice for a smoother resulting texture. Pour the mixture to the llaneras. Fill up to 80% of the llaneras.

Before placing in a steamer, cover the llaneras with aluminum foil to prevent water droplets to fall in the leche flans. The water should be boiling before the llaneras are placed in the steamer. When the water is boiling, add the llaneras inside and lower the heat to the lowest level possible. Be sure to maintain the lowest heat to avoid the egg from curdling and to achieve smooth leche flan. Steam the leche flans for 30 minutes.

Chill the llaneras for at least 4 hours. When chilled, the leche flans are ready to serve. Unmold the leche flans from the llanera by flipping the llaneras over a plate. The sweet and creamy leche flan must fall onto the plate on its own, drizzled by the caramelized sugar sauce. You can serve the leche flan in individual plates for immediate consumption or use as an ingredient or toppings for other recipes.

Watch how to Cook Leche Flan