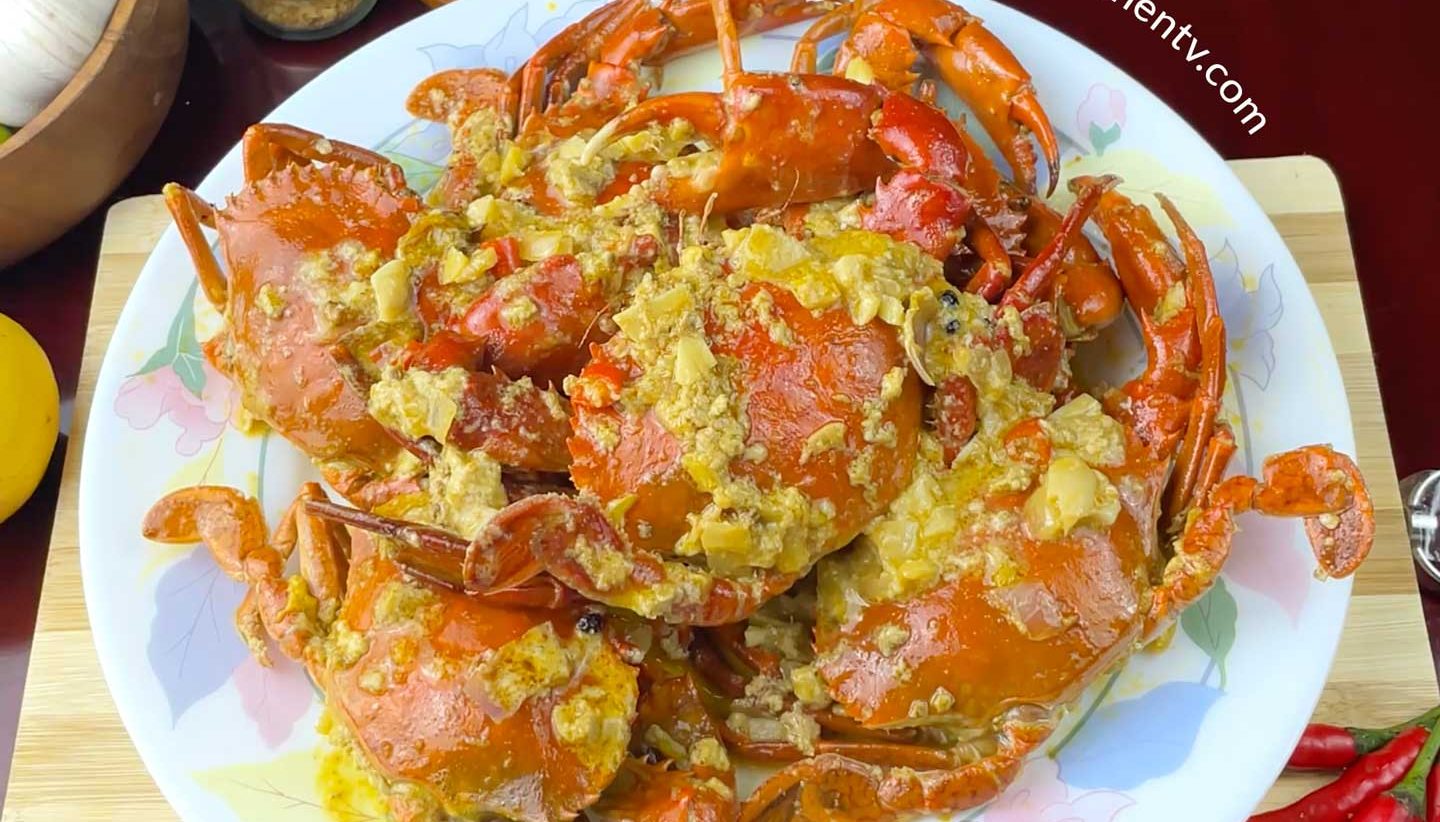 Ginataang Alimasag (or alimango) is a Filipino Crab dish, made by cooking fresh crabs in a coconut milk sauce, with , butter, minced garlic, minced onion, ginger, crab fat, oyster sauce, vinegar, sugar and salt. Try this simple Ginataang Alimasag (Crabs in coconut milk) recipe in your home, that has a deliciously creamy and spicy take.