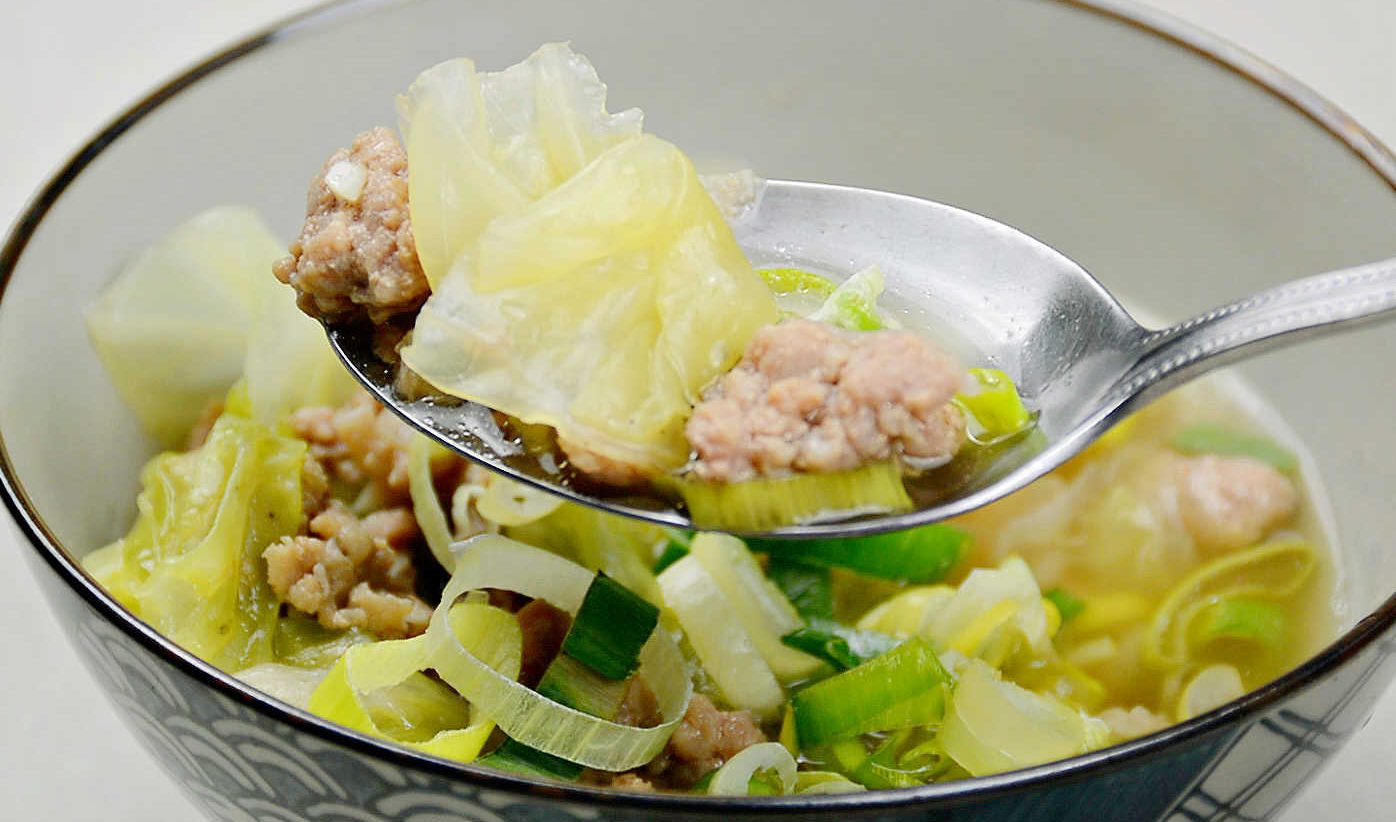 Summertime and the rainy season both made me wanna make soup. It makes me refreshed everytime I sipped some before I start my lunch during a sunny hot day. The newly-prepared hot steaming soup is best during the rainy season to keep me warm. Soup just don’t pick a season—the soup chooses you.

Anything can be a good soup if you know how to make a nice broth. One of the easiest and most famous broth is the pork broth. The classic pork broth is made from simmering pork bones for a long time until the flavor is fully-infused in the broth. To make a quick broth, pork broth cubes are much more efficient to use for today’s fast-paced world.

With the long preparation time for the classic pork broth, one way to infuse the pork flavor in a quick and easy way is to use ground pork. During the simmering process, some of the small bits of pork melts in the liquid, giving you an intense authentic pork flavor.

If you’re too busy but wanted to prepare a nice soup for your family, the cabbage and pork soup is the right one for you. Not only will you have a savoury broth to enjoy, you are also able to add one of the most nutritious vegetable—the cabbage.

HOW TO COOK CABBAGE AND PORK SOUP

This quick and easy savoury soup will only take you 5 steps. Start by sautéing your aromatics and the ground pork. It is recommended to use lean ground meat so your soup will not be too fatty and oily. Make a nice pork broth using the natural flavor from the ground pork enhanced by the pork broth cube and some umami goodness from the soy sauce. As the nice pork forms itself, add the chopped cabbage and let it soften. Your soup is done and garnish it with some chopped leeks before sipping.