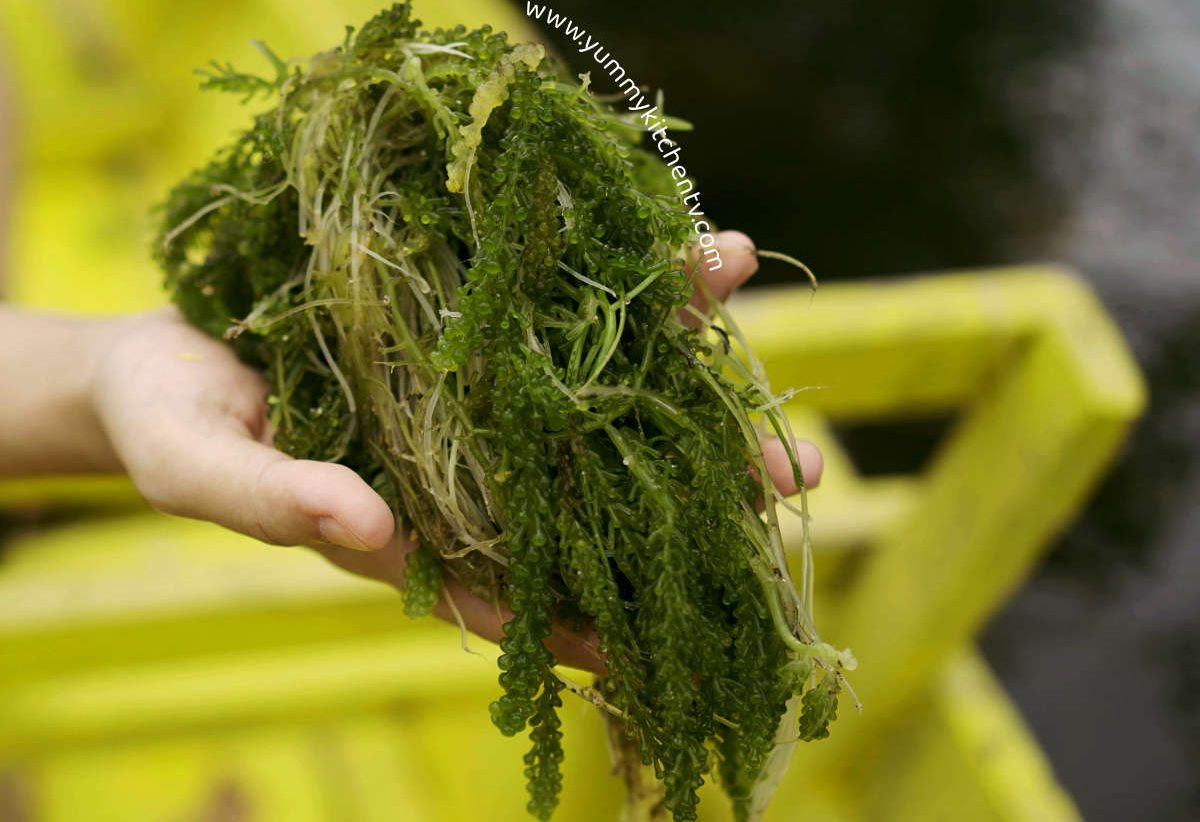 Seaweed is a general term for as many as 11,000 species of algae, or plants that grow in a variety of waters. These macroalgae or marine algae come in different colors and are found in the bottom of the sea or other solid structures. Made into savory salty ingredients and snacks usually ready for consumption, as a rice wrapper or topper. It’s not just great to munch on, it’s rich with fiber, nutrients, and minerals making it full of benefits for the body.

Seaweed is a common name for different types of algae species growing in lakes, rivers, and oceans. These plants usually contain chlorophyll (macro-algae) and are classified into green, brown, or red algae. All being an essential component to marine life, they provide shelter and food to different organisms. Said to have come around 3,000 years ago. Japan has been using seaweed as far back as 2,000 years, and until the Middle Ages, as per written records, these were only consumed by Japanese aristocrats. Around 600 BC China, the supply of seaweeds were only given to the King’s special guests. China was said to be where the first author who wrote the book about sea vegetables came from. In Europe these were used as medicine, the Greeks used these to feed animals.

Nowadays, these are seen all over the world as a delicacy. Being an important source of flavor for many Asian cuisines, the popular ones being Korean seaweed soup, wakame seaweed salad, edible seaweed snacks like, crispy seaweed chips, salty nori toppers, flavored agar-agar, and many more. You can even see pet owners feeling animals like crustaceans, cats, and dogs with seaweed, though you have to check this with your veterinarian to really make sure.

There are different types of algae, as well as seaweed food or dishes made around the world. Being a staple of many Asian diets, especially Japan, Korea, and China, all three being the biggest producer of seaweed snacks. The ones below are among the most common:

Is seaweed good for you? Freshy taken out from salty waters, or commercialized and turned into a seaweed snack or an easy to add ingredient to complete your dishes. This rich source of vitamins, minerals, antioxidants, and thyroid supporting iodine can benefit almost everyone who gives it a go:

Eaten by many for its great taste and source of benefits. But did you know seaweed has more uses than a source of food. Here are just some examples:

How the Philippines enjoys ‘Lato’

An organic snack that grows from salty waters, a slimy, slippery, green, sometimes brown or red color, isn’t just great for the body’s health but a treat to the tastebuds. In the Philippines, these are called ‘lato’ or ‘guso’, with 893 identified species found in the country. Available fresh in the wet market or grocery stores. These are usually eaten on the day it’s caught and made into a seaweed salad or appetizer. Under the Bureau of Agricultural research, products like the traditional snack or drink ‘gulaman’, cookies, marshmallows, juice, flan, and noodles (pancit canton, pancit luglug, carbonara, or spaghetti) are made out of seaweed. Non-edible uses like cosmetic products, fertilizers, medical commodities, air condition filtration systems and packaging materials also come from this algae.

While it was a negligible item in the ‘60’s. Now 50% of the aquaculture in the Philippines comes from seaweed. The Philippines have noticed it’s substantial role and have developed and are still developing to further help revenues for the economy.

There is a noticeable driven interest with this green algae, with the unique flavor, texture, products it can produce, and health benefits. The proof being a number of these are seen sold around wet markets for the fresh seaweeds, grocery stores or specialty asian stores selling dried and packaged seaweed snacks and seaweed based cooking ingredients.