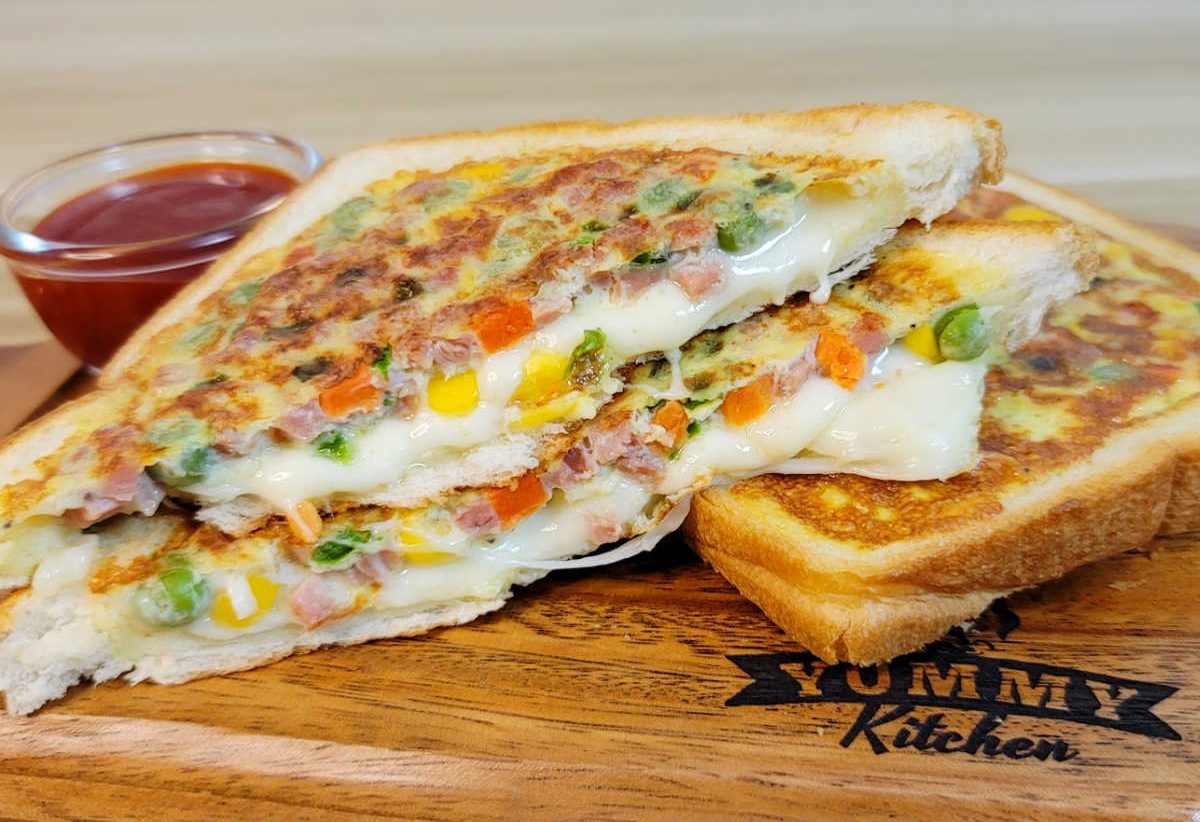 This veggie toast is a healthy breakfast and balanced mix of mixed vegetables, sausage or meat, minced bell pepper, eggs, sliced cheese, pepper and salt. This vegetable toast is filled with vitamins and minerals, this breakfast dish is made much more special with the ooey gooey mozzarella cheese pull!. Make your breakfast happier by spicing up your toasted bread! The veggie toast is a more colorful and flavorful upgrade of your regular toast.

Toasted bread is one of the easiest breakfast dishes one can make. Simply get your bread toaster, heat it up, place your bread for a few minutes, then boom! Toasted bread. You can choose to pair it with a variety of spreads like butter, sandwich spread or cheese.

But did you know that you can further make your toasted bread special aside from adding spreads and cheeses?

When I wake up in the morning, I prepare the food I craved during the night. You know, that’s my way of rewarding my self from restraining to midnight eating hahaha.  I craved for grilled cheese the other night and decided to make one in the morning. Good thing that loaf bread is one of the staple foods in our home. Loaf bread is always available.

Looking at the list of ingredients I want to add in my sandwich, I imagine my sandwich to be a tall one. As a small person, I cant take a big bite so I thought of a way where I can enjoy a toast which is not tall enough but has all the ingredients I want in them. That’s when I came up with the veggie toast recipe.

This veggie toast recipe is for the other small people like me who cannot make a big bite out of their sandwiches. Alongside of this, the veggie toast is also a great way to use leftover vegetables in your fridge. If you’re drooling right now just by looking at the picture of this dish, this is now a sign for you to try this dish tomorrow morning! Have fun!

HOW TO MAKE VEGGIE TOAST

Veggie toasts are very easy to make and can be prepared in just a few minutes. Spice up your breakfast with this veggie toast recipe.

Toast your bread frame (#PunIntended) in the pan and then fill the center with the filling you made. Add the cheese slice (better if you have cheese slice and shredded cheddar cheese) and the center bread you removed earlier. The last thing to do is to wait until the cheese melts. After toasting the other side of the bread, the veggie toast is now ready to serve.