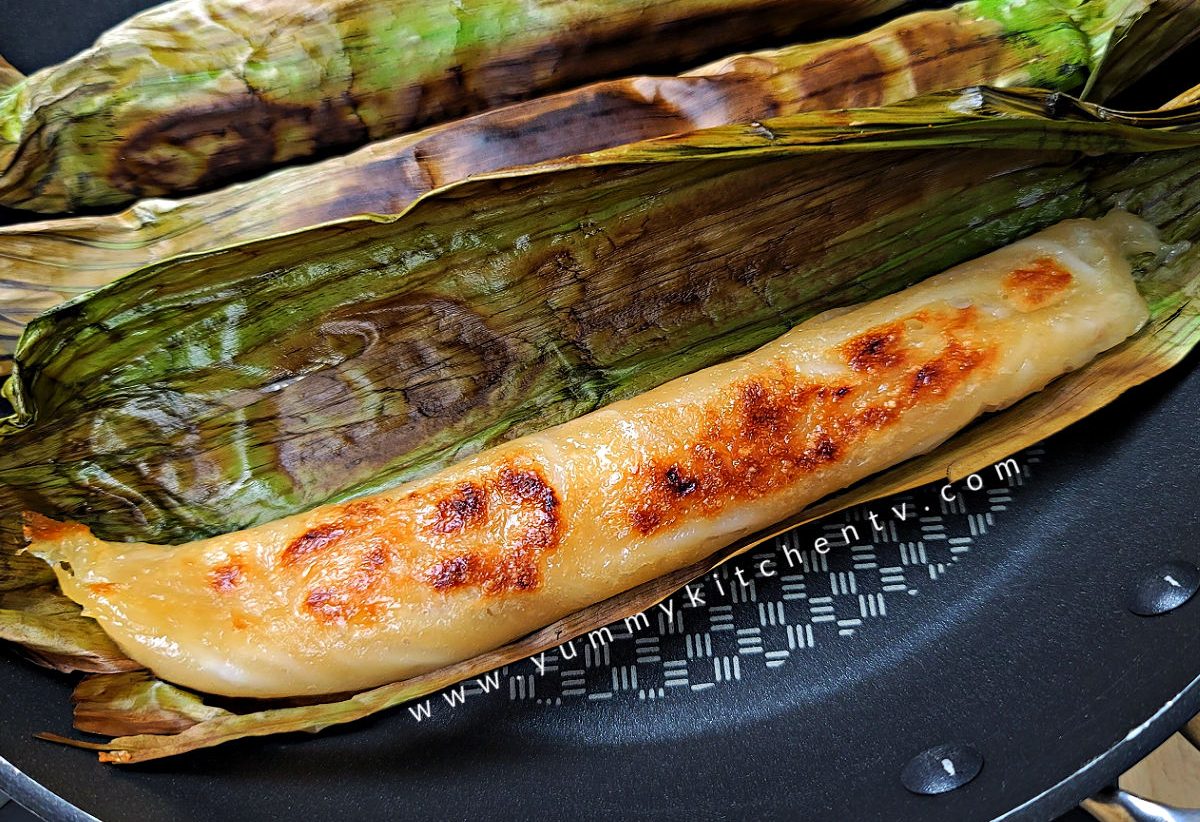 When we say kakanin, we mostly associate them with boiling or steaming, and sometimes grilling, right? Worry no more because in this kakanin recipe, all you need is a frying pan! Have your favorite tupig at the comfort of your homes. Best served together with your afternoon tea or coffee.

Dear my lovely momshies, one of my goals in making my cooking vlogs is to help you guys prepare the most intricate recipes with the simplest recipes with minimal special equipment needed. If you have been subscribing to my vlogs for a while, you might notice that I try making versions of recipes, which are baked in the oven or grilled, into easier ones which uses the common pan we have at home.

And here is another recipe I want to share with you, one of my fave kakanins, the tupig. Ever since I travelled to Pangasinan, I always make sure to bring home a bunch of tupig as pasalubong. Since the pandemic, it is really hard to travel especially with all the health risks. I have been craving for tupig in a while and it is a very easy dish to make, I made some for my own.

With all the hassle of lighting up the charcoal and the actual grilling, making tupig in a frying pan is what I do as an alternative. It may not be the traditional way of preparing it but it gives the same output, the yummy and tupig wrapped in charred banana leaves. The smokey and aroma flavor is still there, so why won’t we choose the easier route, right?

If you wanna know how to make tupig using a frying pan, try and follow the very simple steps below. Happy cooking!

HOW TO COOK TUPIG IN FRYING PAN

If you only know about the traditional preparation of tupig which is grilled, this will be a shock to you knowing that it can be easily done at home and in a FRYING PAN!

Before we actually start on the tupig, it will be easier to prepare the banana leaves first by passing them quickly above the flame just to soften it a bit.

The tupig mixture is actually very easy to make. Simply combine the ingredients listed below (except for the butter) to make a white sticky mixture. Scoop some of the mixture into the banana leaves and then wrap and roll.

The last thing you need to do is to place them in a flat frying pan to cook. Remember to look after them from time to time to prevent one side from burning. We want the smokey flavor and aroma but not the burnt taste.

The cooking time of the tupig really varies, so it would be better to check them after a few minutes to see if they are already firm. Now that your tupig is ready, you may now enjoy your afternoon snack. Happy eating!