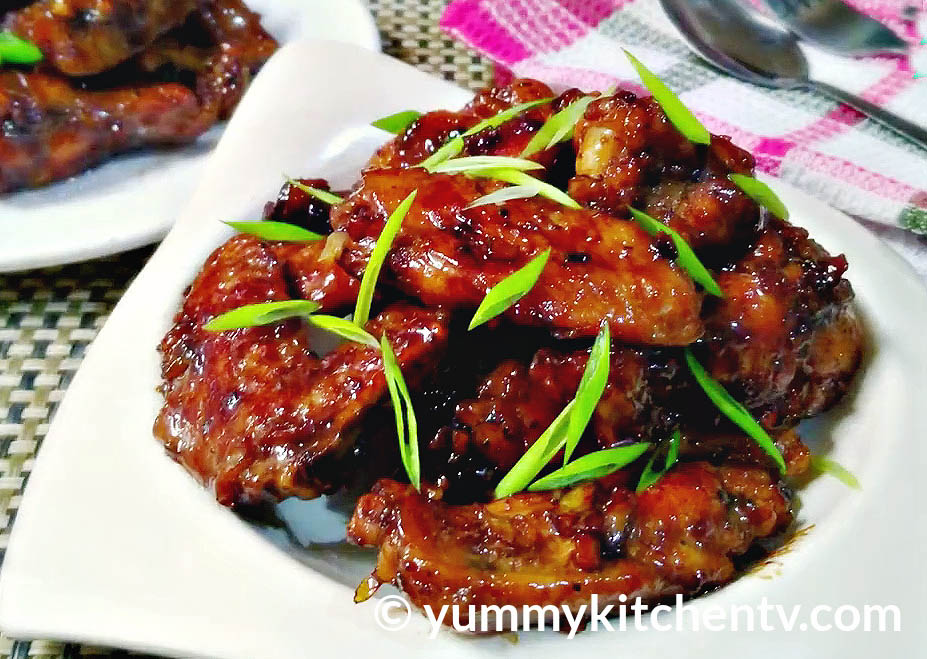 By YUMMYKITCHENPosted on October 23, 2020September 24, 2022
Jump to RecipePrint Recipe

Adding coke to the wings can bring your chicken wings experience to a whole new level.  The phrase “it’s finger-licking good” is so appropriate to this recipe! You wouldn’t help but to lick your finger as you take a bit with these coca cola chicken wings.

The sweetness of the Coca Cola combined with other ingredients will make these chicken wings sticky and savory. One thing that I like in this recipe is that it keeps the chicken wings juicy in every bite. The taste is also almost similar to BBQ style chicken wings.

The cooking starts with cleaning and cutting the chicken wings. You can separate the drumette from the wingette by cutting the joint. You may or may not remove the tips. After cutting and washing the chicken, make sure to pat it dry before adding the other ingredients.

Season the wings with salt and pepper. One of the main things about this recipe is you don’t have to wait more time to marinate. You can just cook it right away. After seasoning, sear or stir-fry the chicken wings in a skillet. Once both sides are browned, time to add the coke.

Pour the coca cola over the browned chicken wings. Add the other ingredients too. You may omit ginger but trust me when I say that it adds flavor to the chicken. You may add other seasoning or herbs of your choice but I kept this coca cola chicken wings as simple as possible.

After adding the rest of the ingredients, simmer it over medium heat until the sauce is reduced and becomes glaze. The glaze will coat the chicken wings and give is a sticky, savory coating. Garnish it with spring onions or sesame seeds.