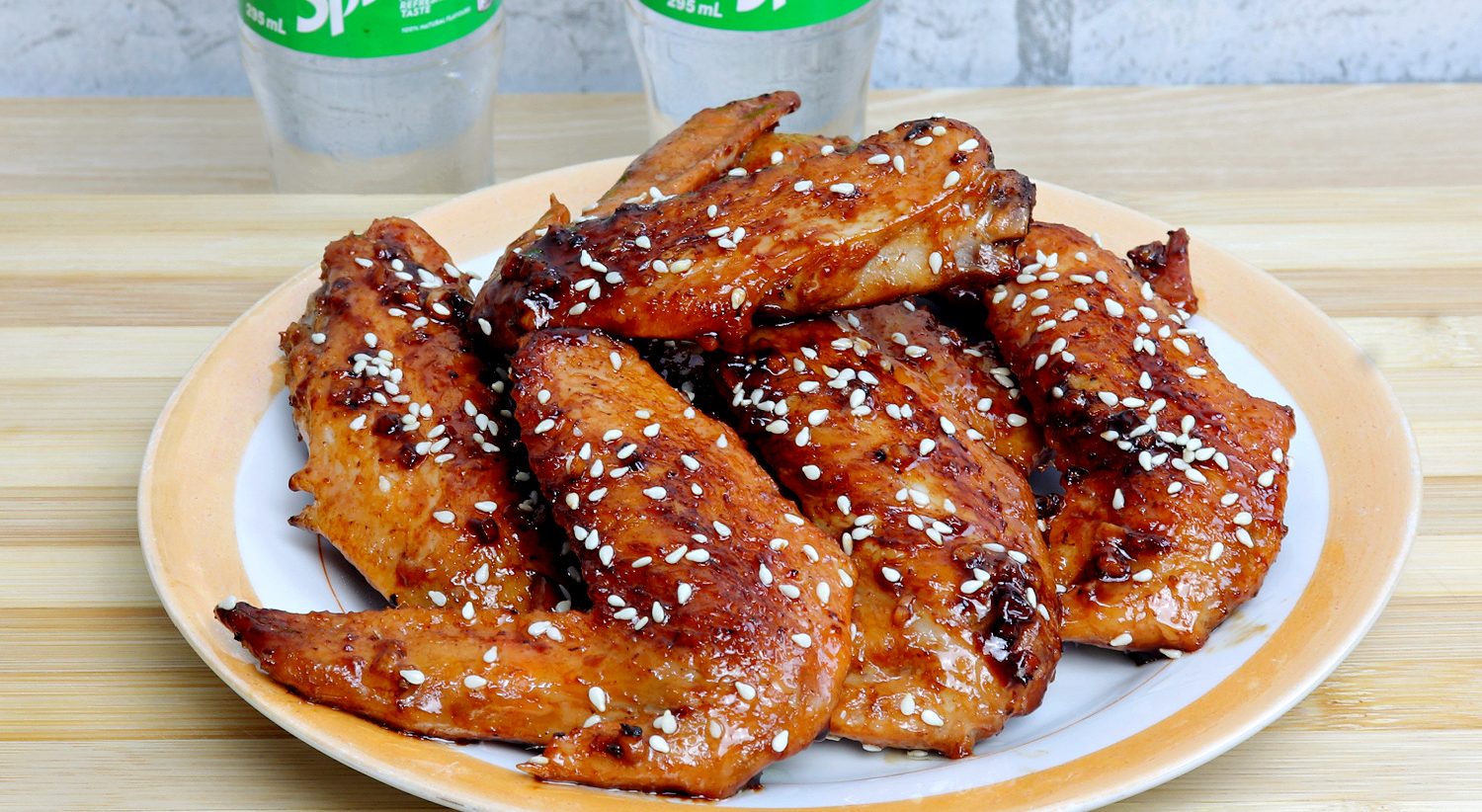 Sprite Chicken wings is a very tasty and delicious chicken recipe that you and your family would love and is made by chicken wings, sprite, salt, pepper, oil, soy sauce, ketchup, ginger, garlic and garnished sesame seeds. It is very easy to make and will include one of the all-time favorite drinks – Sprite. With just a very few ingredients, you gotta taste this sweet, savory chicken wings!

How to Cook Sprite Chicken Wings

As the name suggests, one of the key ingredients in this recipe is a carbonated lemon soda drink called Sprite. This will give the sweet taste to the chicken wings.

After marinating, you need to sear or brown the chicken wings. The searing will help sealing in the flavor (from the marinating). The method of searing also adds more savory flavor to any dish. Sear both sides to cook evenly.

In the last part, when the sauce is totally dried up, sprinkle some sesame seeds or spring onion or just eat it as is.