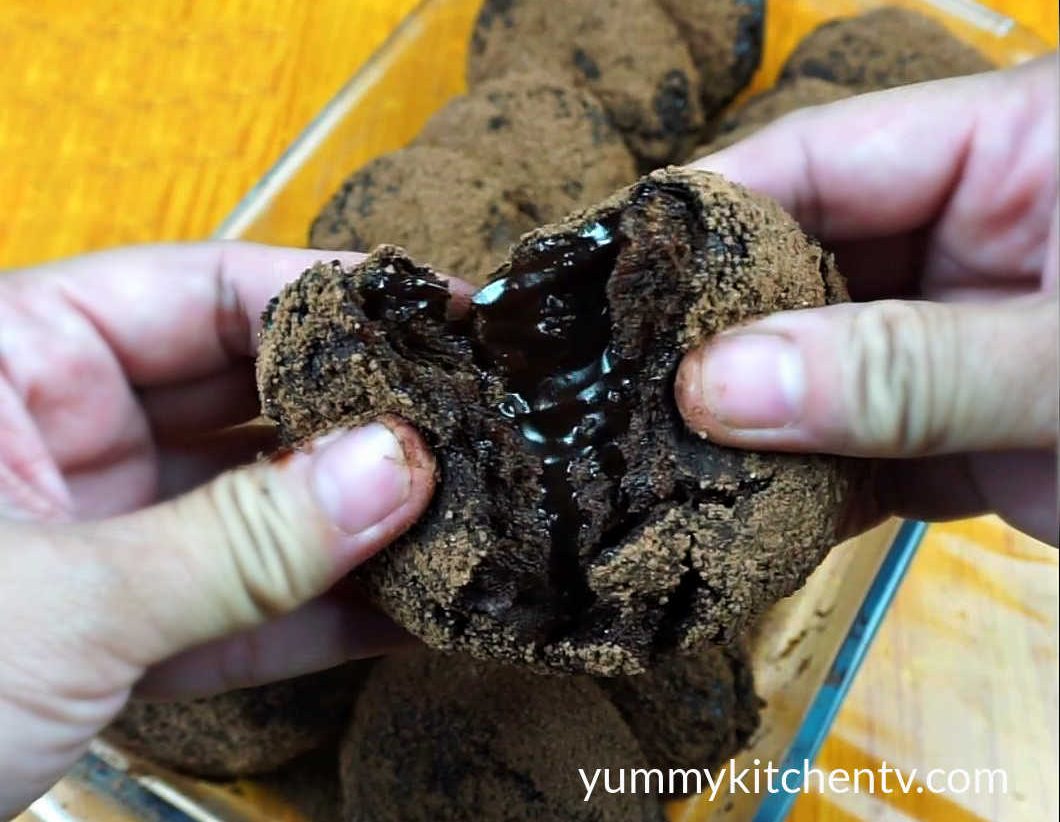 This classic chocolate doughnut has been a part of almost all kids in the 90’s. I can still remember helping my mom preparing doughnuts for my playmates who came over our house to play. As more and more fancy doughnuts are rising (literally and figuratively), let us reminisce our childhood in this decadent chocolate doughnut recipe.Chocolate donuts recipe are sweet, pretty and simple dessert loved by all the kids.

HOW TO COOK CHOCOLATE DONUT

Prepare yourself with some baker’s action since this recipe will involve a lot of kneading. First, prepare the dough. Simply mix all the dough ingredients in a bowl until you make a rough dough. Knead the dough until you achieve a smooth and elastic dough. Keep it in a greased bowl and let it proof. After proofing, you will notice that the dough has doubled its size. This magic is done by the instant active yeast, which is also added to other types of breads and pastries. Punch the dough gently to let out some of the air.

Cut the dough into small sizes, depending on how big you want the doughnut to be. Roll the portions into a ball and then flatten. They might look like raw chocolate cookies at this point. Lay the flat dough in a baking pan for the second proofing. Make the chocolate filling as you wait. Heat a pot and simply mix all the filling ingredients. Do not forget to add the butter for the filling to have a glossy look. The sugar-cocoa mixture is much easier than the filling. Just mix the sugar, cocoa powder and some cornstarch and that’s it!

When you have prepare everything and the second proofing is done, it is now time to fry the doughnuts. Heat some oil in a pan for some deep-frying. Fry each dough for 1 to 2 minutes on each side. You will notice that the doughnuts will float once they are cooked. Transfer them to a strainer or paper towel to drain excess oil. Once cool, make a small opening on the doughnut. Fill the insides of the doughnut with the chocolate filling. Then, place them in a bowl and coat with chocolate syrup. Lastly, coat the doughnuts with sugar-cocoa mixture. Serve this as a snack and your kids will definitely love this! Fried chocolate donuts are sweet snacks or confectionery dessert food which can be served in different flavours. It is mainly prepared by deep frying. Chocolate glazed donuts are also the best favourite among dessert items.

For the chocolate donut: