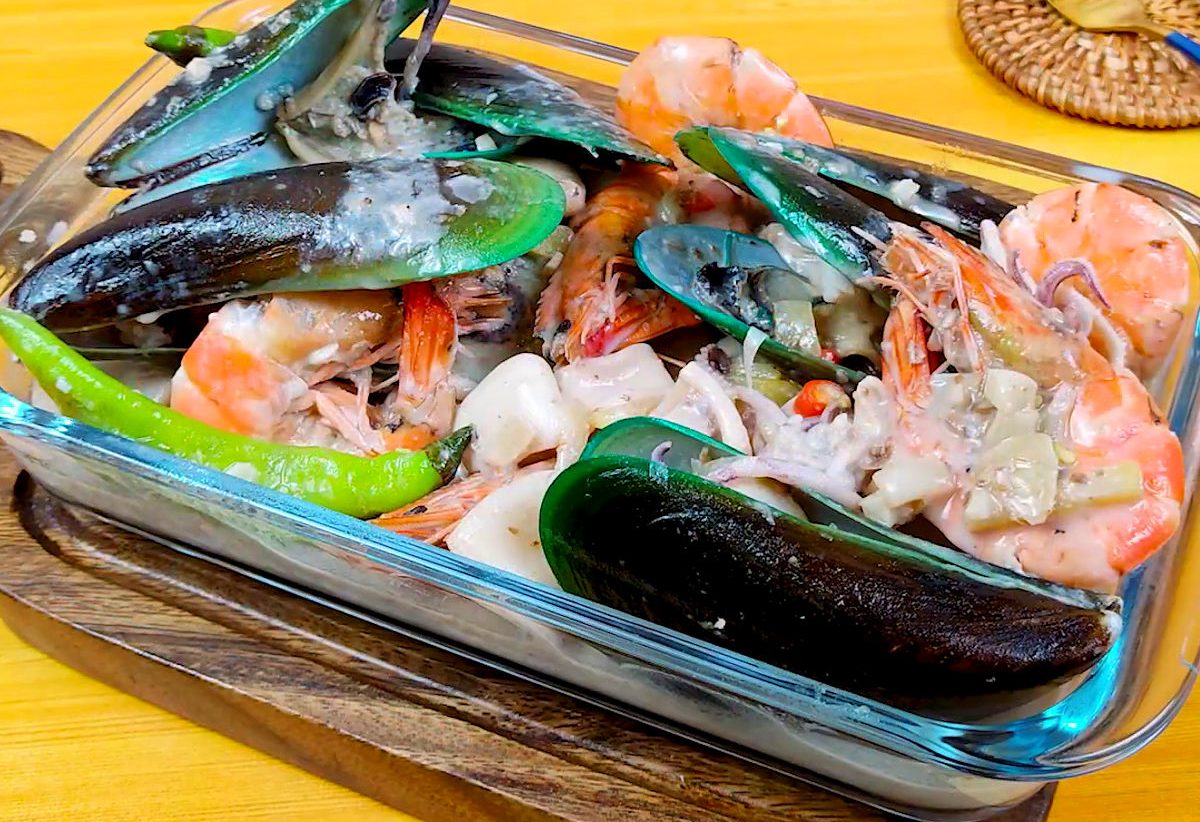 WHY IS IT CALLED BICOL EXPRESS?

Ever wonder why this dish is called bicol express? At first, I though that this is because the spicyness of this dish will bring you to places! I once had the legit bicol express when I visited one of my friends who live in Sorsogon. Believe me when I tell you that there are more chilies than pork in it! It is really the Bicolano’s trademark to have a ginataan dish with a lot of chilies.

But did you known that bicol express was not first popularized in Bicol? This dish gained its popularity in the district of Malate, Manila. Bicol express was invented by a restaurant owner named Cecilia Villanueva Kalaw ot Tita Cely. Bicol express is made in traditional Bicolano style using coconut cream and chilies. Tita Cely named this dish after the name of a train that passes their house which travels from Manila to Bicol. So mindblowing, right?

Seafood bicol express is one of our staples during beach outings. You know, whenever you go to the sea, you wanna FEEL THE SEA. Instead of using the usual pork or chicken, having different types of seafood in coco cream in a boodle fight by the beach really feels awesome and “by the theme”.

Since Holy Week is coming, I know every one is excited to go the beach. And since we have a “no pork rule” during this sacred week, you may still enjoy your favorite bicol express with some delicious seafoods instead.

During the day, we serve the seafood bicol express in a boodle fight. During the night, this savoury dish becomes one of the best pulutans! I really love it when we sip that delicious creamy sauce by the shells of the mussels and shrimps.

If you wanna know how to make some seafood bicol express, read and follow the very simple steps below. Make sure to make it extra spicy!

HOW TO MAKE SEAFOOD BICOL EXPRESS

When you see seafood ingredients in a recipe, making that dish will surely be quick and easy since seafoods must not be overcooked. This seafood bicol express recipe is much easier than the classic pork bicol express.

Start with preparing and cleaning the different seafoods. When done, let’s prepare the creamy coconut sauce. Since this recipe uses both thin and thick coconut milk, I highly recommend to just buy a fresh buko and then do the coconut squeezing (“pagpipiga”) of the coconut milk at home.

Saute the aromatics and then add the thin coconut milk. Season the sauce by adding some shrimp paste (better if sauteed already) and the red and green chilies. Bicol express is very known with lots and lots of chilies. Make sure you add the chilies based on your tolerance and spice preference. Add the seafood and let them cook in the sauce.

Then, add the thick coconut sauce. Make sure to use low heat to prevent to coconut milk from burning. Do a taste test to check if the seafoods are cooked.  When cooked, then it’s ready!

I usually papak my seafood since I really love sipping the sauce from the shells (especially from the shrimps!). You can also have this with some hot steaming rice, or with some ice cold beer as a pulutan. Yum!