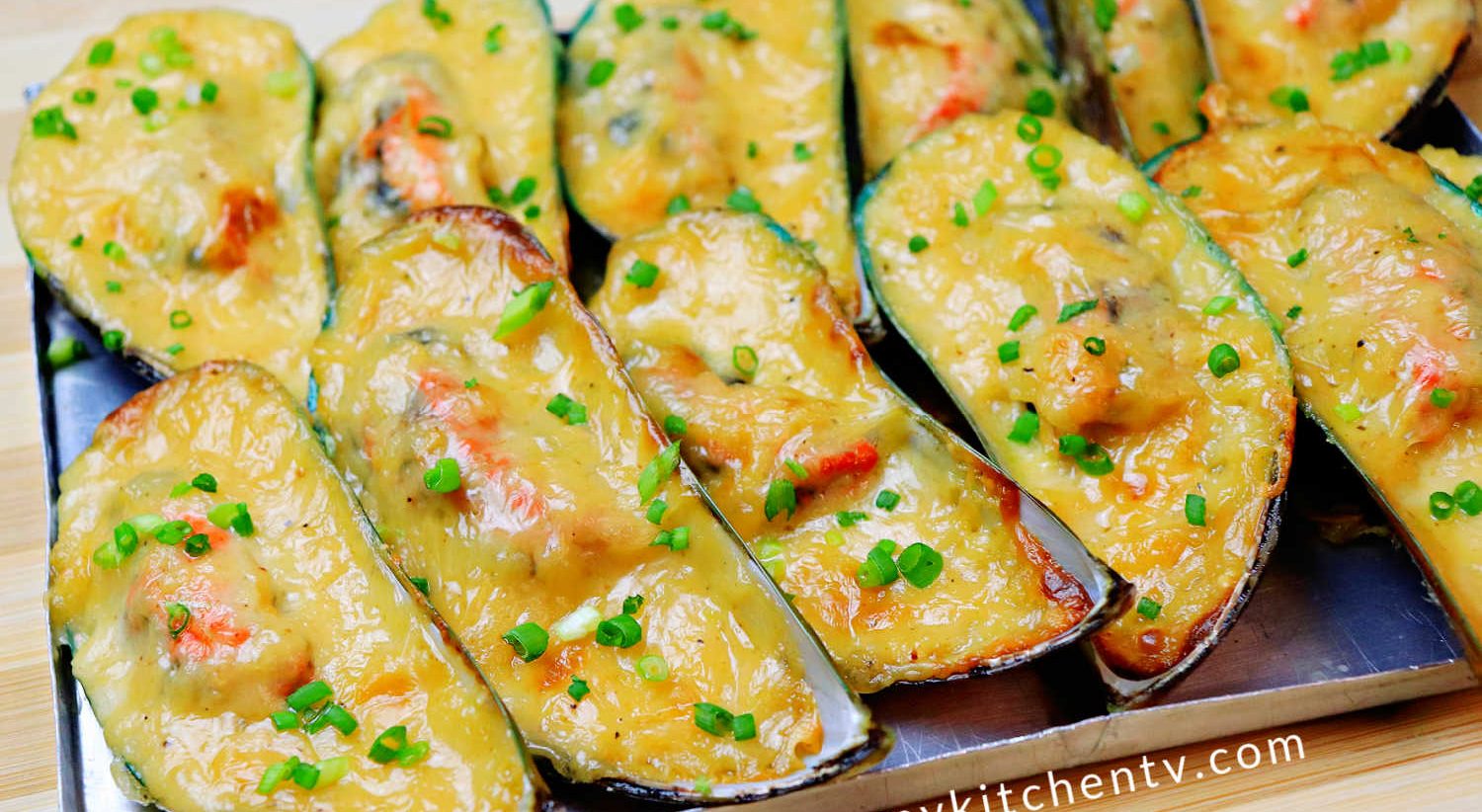 Want to make some instagrammable food? Try the baked tahong for a feast of colors and flavor! It is very light meal which is best eaten as a snack, appetizer or a pulutan. If you haven’t tried tahong ever in your life, this is a good starter dish for you to try.

Mussels are often called the “chicken of the sea”. When you buy mussels from the market, the first thing you will notice are the shells. Some people confuse mussels with clams. You can differentiate the two by looking at their shells. If you have watched the Little Mermaid, the “shells” often featured there are the clams. Mussels have longer shells which is green in color. When you open a mussel shell, it will look like a butterfly.

The actual edible mussel is the small orange and black meat inside the shell. It has an ocean taste which is not overpowering. It also has a good mushroom-like texture which best partners to other ingredients. Mussels are light to the tummy which makes it a good snack but more of an appetizer.

Baked tahong has been in all my social media lately. This easy dish has been a trend due to its fine looks and appetizing taste. Boiled mussels are topped with a specially-made cheese sauce and then baked to perfection. Who would have thought that the simple mussel can be made fancy like this? In any angle, this dish can be photographed like a superstar.

HOW TO COOK BAKED TAHONG

For the tahong simply boil them in water with ginger and salt. When they start to open, it means they are cooked. The edible mussels would be too gummy or rubbery when overcooked. You can prevent this by putting the cooked mussels in a bowl with cold water.

For the special cheese sauce, start by sautéing some garlic in butter and toasting breadcrumbs in it. You might be curious on putting toasted breadcrumbs in a cheese sauce. It will add a bit of crunch on the cheese sauce and will help balance the natural saltiness in it. Add the milk and cheese and stir until it becomes a thick and yummy cheese sauce.

The last thing to do is to top your tahong with the cheese sauce and bake them. Arrange them in a serving plate and your friends and family will surely be impressed with you! They might tell you to open a restaurant after making these!

This Baked Tahong recipe will guide you to make most wonderful baked tahong for your family and guests. Follow the steps and procedure as per the below recipe and you will get a Baked Tahong that will tickle your taste buds