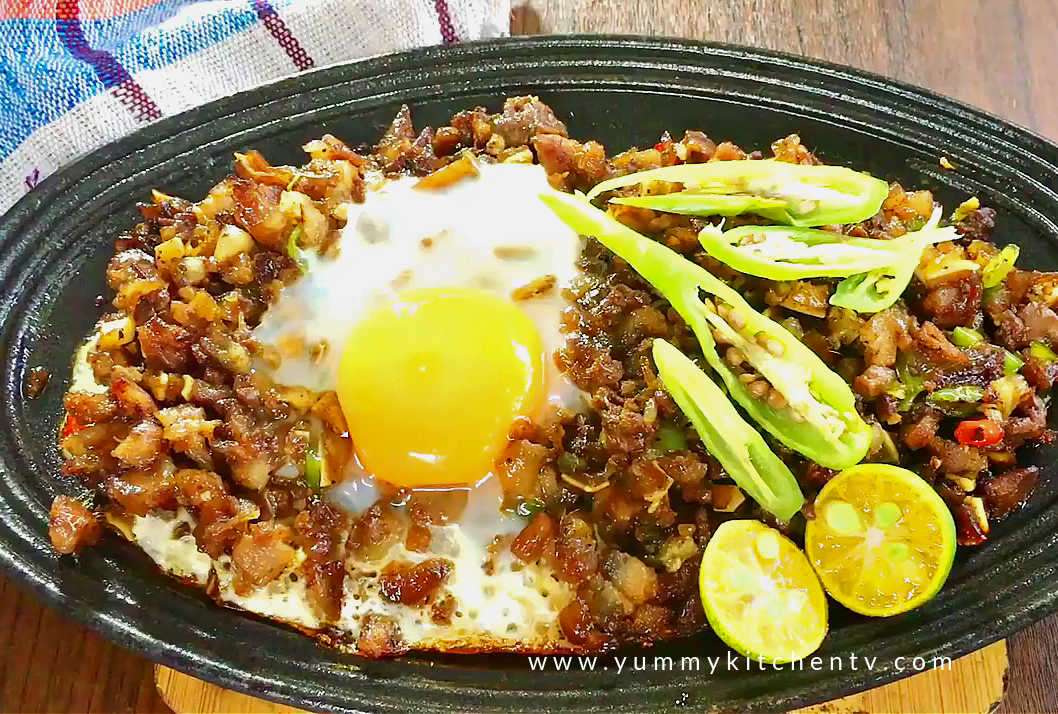 Sisig is a sizzling pork dish made with a mix of different pork parts topped with raw egg and served with calamansi on the side. You may know sisig as an entrée or an appetizer. For some, Sisig time is inuman time. Drinking night is incomplete without your favorite pulutan.

Sisig is actually not your regular dish. It has a lot of history attached to it. Sisig was invented by Lucia “Sisig Queen” Cunanan and is believed to originate from Pampanga. The traditional sisig mainly consist of pig’s head parts such as the ears, snout and cheeks. These are the parts which are to be thrown away by the commissaries based at the Clark Air Base in Pampanga during the American occupation. No doubt that Filipinos are really creative when it comes to dishes.

“Sisig” actually means “to snack on something sour”. Its name comes from the word “sisigan” which means “to make it sour”. Sour ingredients used in the first versions of sisig includes green papaya and green guava. The sisig of today are usually drizzled with calamansi before serving.

Today, several versions of sisig are becoming popular which uses a variety of main ingredients like chicken, squid, tuna, bangus and tahong. Pork Sisig has also variations with the part used. Modern versions use pork shoulder or liempo. The Kapampangan version of sisig was considered the authentic version.

If you are eager to make some authentic Kapampangan sisig at home, I recommend you to continue reading this blog. I personally asked my Kapampangan friend to help me learn their authentic way of cooking sisig so I can share it with you! Give this recipe a try and have fun!

HOW TO COOK PORK SISIG

Contrary to popular belief, sisig is very doable at home. Even without a grill you can make an authentic sisig with the right amount of crisp and flavors.

If you are trying out different pork dishes and left with the pig’s head, try this sisig recipe. Start by boiling the pigs head, cooling it down, and chilling it in the fridge for a few hours. For the next step, you have the option to either grill the pig’s head for some smokey flavor or bake it in the oven for less carcinogens and a more controlled environment. In this recipe, I baked the pig’s head which results to just the amount of crispiness I like. Chop the meat into tiny pieces. The next steps would involve sauteing the sisig meat with the aromatics and adding the chillies which makes the dish alive and powerful. After you season the meat with some soy sauce and pepper, you may transfer the pork sisig to a sizzling plate. I modified the Kapampangan version by adding cracked egg on top. Some people love to drizzle some mayonnaise on top. You can try that too! Serve the sisig with calamansi on the side. You may enjoy it with rice and with beer. Have fun!

Watch how to Cook Pork Sisig