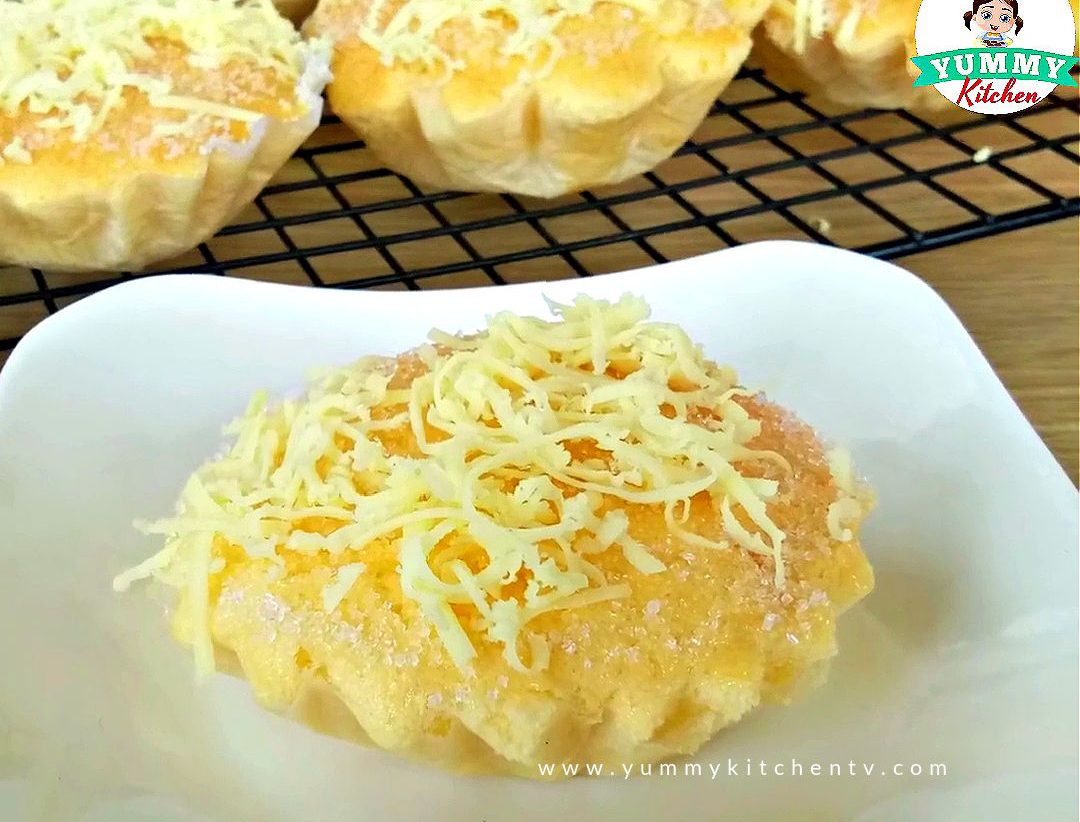 Needing some extra love to get through the day? This lightly sweet snack is perfect for your midday snack and will definitely boost your mood! Feel the love with some cheesy and buttery mamon.

I love trying out homemade versions of the best-selling cakes from the famous bakeshops in the country. One of the simplest but the best cakes I have made homemade is the sponge cake. With its simplicity and purity, a little butter, sugar and cheese topping would make it an extraordinary one.

I usually bake some sponge cake almost every week since my lolo loves it so much. I find loaf sponge cake more convenient to work with. With my family’s intense admiration to my sponge cake, a loaf is never enough. It was this random day that my niece got home late and there was no sponge cake left for her. Instead of being sad, she went out next to our kapitbahay who owns a sari-sari store and bought a pre-packed mamon. That exact moment was a light bulb moment for me. Instead of making a sponge cake loaf, why not make mamon cakes so everyone has a sure piece?

Mamon are mini chiffon cakes commonly found in local bakeries. It is one popular snack especially for the kids due to its light, airiness and fluffiness. Mamon is known as one of the top 10 pastries in the country. I did a little survey from some kids from my neighbourhood and mamon really is a popular pastry. What’s good about the mamon is that this cake is usually is muffin-shaped and serves one person. This feature specifically solves my dilemma on the serving of my sponge cake loaf.

One of my favorite cheesy and buttery mamon was from Red Ribbon (This is not a paid advertisement.). The goal of my trials in making mamon is to make it as close as possible to the one from Red Ribbon. I believe this recipe has more potential and is a must-try for your kids’ snacks. To learn how to make the cheese and buttery mamon, continue reading the recipe below.

HOW TO MAKE MAMON

Get your mamon tins and line them up with large cupcake liners. Alternative to mamon tins, you can use a muffin pan. But your mamons will be shaped like a cupcake (still cute!). Pour the tins with the mamon batter and get ready for baking.

The last step would be adding the toppings. You can definitely decorate your mamon however you like. I like mine sweet, buttery and cheesy. Eat your fluffy mamons with a cup of coffee and enjoy!