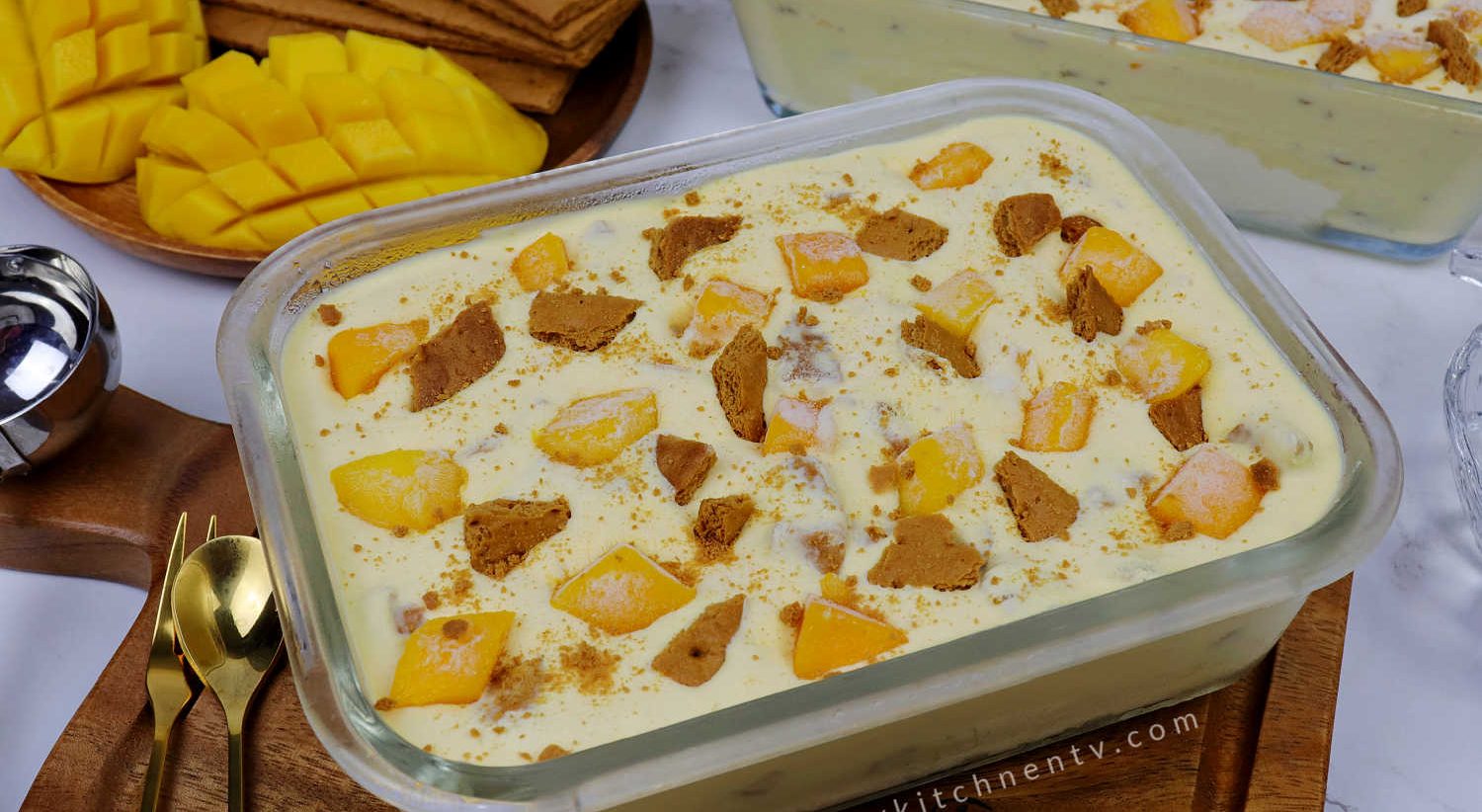 The mango and grahams combination will never fail your taste buds. The mango graham ice cream is a sweet and lovely dessert made with the freshest and ripest Philippine mangoes partnered with the lightly sweet graham crackers. The yellow and brown colors will surely attract your eyes and will satisfy your sweet tooth cravings.

Are you one of those who still remembers the famous “tiramisu” commercial by M.Y. San Grahams? If yes, you are now eligible to apply to the tito and tita card. #JustKidding. But do you really know what the origin of the graham cracker really is?

The real history of how graham crackers were invented is a really really strange one. But it’s for a fact that these crackers were named after a Presbyterian minister named Sylvester Graham.  We are not gonna go deep on its history (because it is a bit weird; you can try to do your own research) but this reverend invented these graham crackers for the purpose of promoting vegetarianism in relation to health. The original crackers were bland and super simple. It is also described as “a brown square of flour”.

Nowadays, graham crackers are known to be high in carbohydrates and sugars but relatively low in calories. Present day versions of graham crackers are much palatable, sweetened by either cinnamon sugar or honey. They are usually used in desserts like s’mores, graham cakes and in ice creams just like the one in this blog.

Ice cream is definitely an easy dessert which can be homemade and includes only the basic ingredients cream and sweetener. The best thing about ice creams is that it is a blank canvass in which you can add literally any flavor you like. You can make flavor combinations in this one!

Whenever I crave for something, especially fruits or sweets, I usually turn them into an ice cream. For example, I craved for sweet strawberries. Instead of eating the strawberries as it is, I mix them with ice cream. The creaminess and milkiness of the ice cream makes the mouthfeel and the experience like 5000 times better.

If you have prepared homemade ice creams before, the following steps would be familiar to you. Start by preparing your mangoes into cubes. To make our ice cream super mangolicious, a hack would be blending some of them into the ice cream mixture later. With this, turn half of them into puree. Instead of crushing your grahams into fine powder, it’s really good to have some of them bitten as chunks for that slight crunch. Simply crush them using your hands.

To make the ice cream mixture, double your cream by whipping them using high speed. Trust me, using an electric mixer will make this step easier rather than doing it manually. Add the flavorings we made into the mixture. If I were you, I’d save some of these flavorings for toppings. I decorated the top of my ice cream with mango tidbits and some grahams.

The last thing to do is to wait the mango graham ice cream freeze and then enjoy this lovely dessert! Make a large batch and just store them in the freezer. Easily get some when you crave!