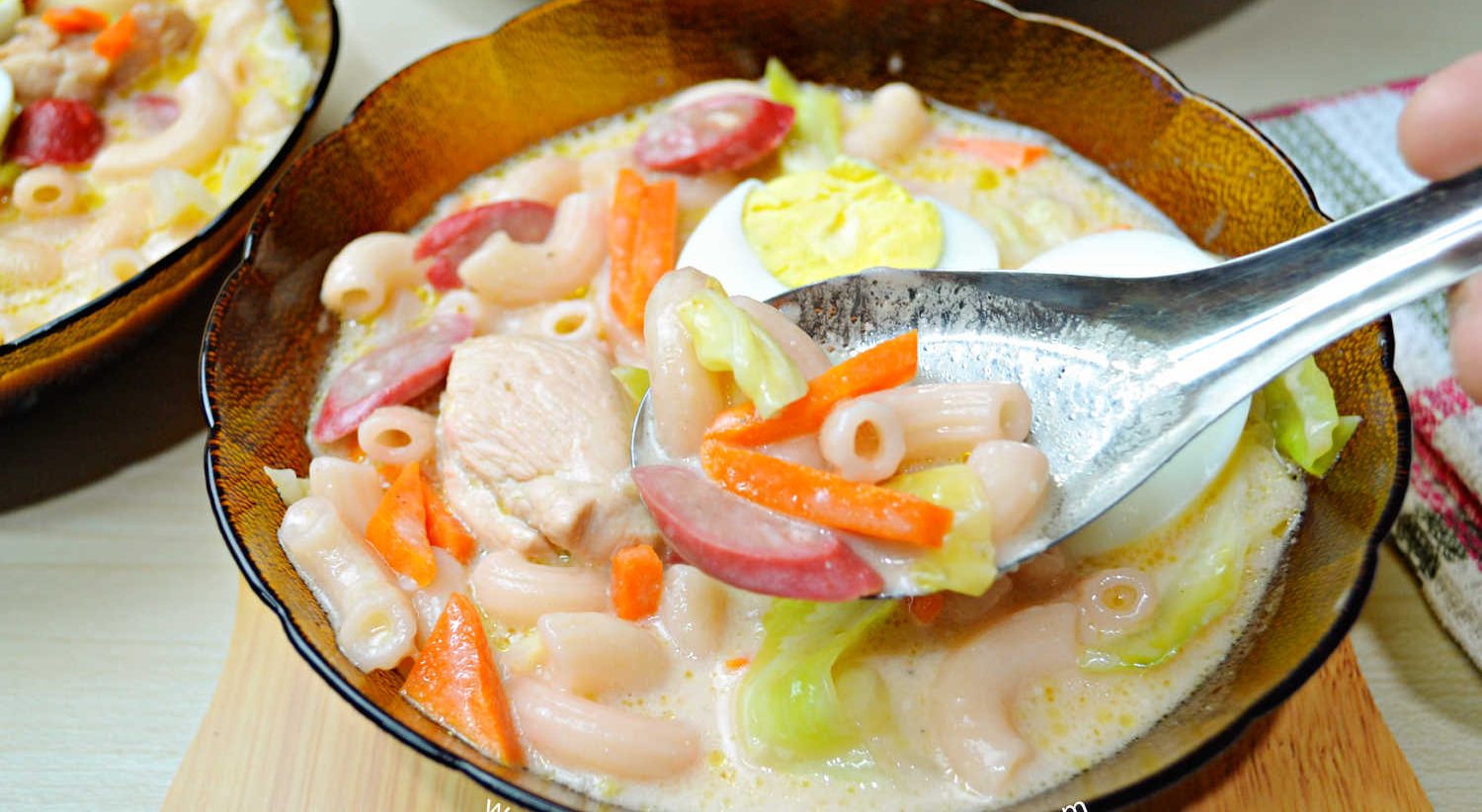 Warm your heart with your favorite childhood soup. The chicken macaroni soup is a creamy chicken soup with soft macaroni pasta loaded with vegetables and hotdogs.

Most chicken macaroni soups are made for personal consumption. But you can actually make this creamy soup to sell for people on-the-go as their breakfast.

HOW TO COOK CHICKEN MACARONI SOUP

This piping hot bowl of chicken soup is a one-pot dish which is very simple to make. Start by sautéing the hotdogs. They must be cooked before added to the soup for later. Saute the aromatics and the chicken. The heart of this recipe will be the broth. We will make effort to make the broth very flavorful but light at the same time.  Season it with chicken broth cube for extra chicken flavor, pepper and fish sauce. Add enough water and the macaroni pasta once boiling. The extra starch from macaroni will thicken the broth nicely. Add the rest of the ingredients until the soup is set. Serve the creamy chicken macaroni soup in a serving bowl. Eat it while it with your friends and family on a nice cold morning. Enjoy!