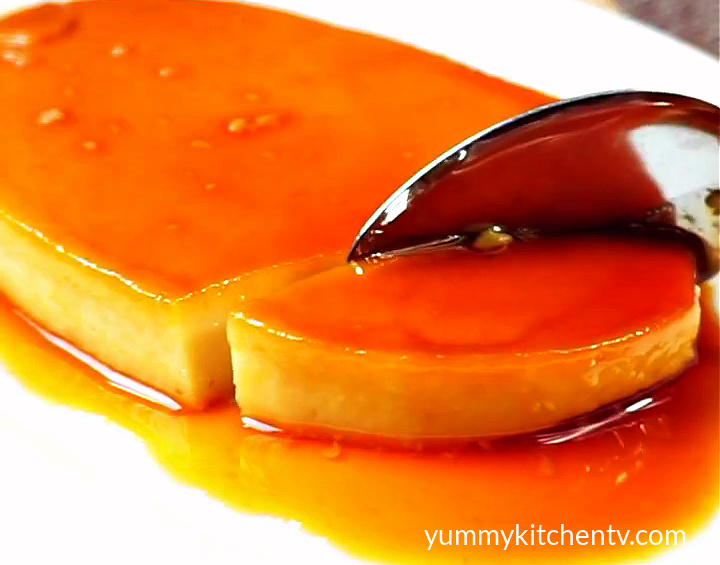 WHAT IT IS LECHE FLAN?

Leche flan is very popular with many Filipino festivals and social gatherings. It was first introduced to the Philippines after the Spanish colonization, but it is thought to have origins in regions neighboring Spain and France. As several sweets (including our favorite cheesecake), the life of Flan started during the Roman Empire. The Romans were the first to domesticate chickens and found themselves in the midst of an egg surplus. So they used methods that the Greeks studied to create new egg-based recipes.

Carving for the perfect sweet treat of the leche flan? Rich, smooth and creamy with golden caramel toppings? This classic Filipino dessert is made of eggs and milk with a light caramel on top. It looks like cème caramel and caramel custard. This scrumptious dessert is popular all over the world. It was a popular item on the menu of most Philippine restaurants because of its flavor and easy preparation. Nowadays many Filipinos have tried to collaborate with other Filipino sweets such as “graham de leche,” a mix of leche flan and mango float. Leche flans are also widely used for halo-halo dessert in the Philippines. Yet it’s a satisfying sweet treat to eat the leche flan itself.

These recipes, as you might guess, have resulted in a number of dishes and desserts, including flan. Most varieties of the dessert were tasty rather than sticky.   Yet a few early dishes included the only sweetener of the day: honey. And when the Romans practically dominated much of Europe, their traditions, beliefs, and recipes went with them. When the Europeans came to America, Flan was one of the many treasures they introduced to the newfound nation. South, Central and North Americans would embrace flan as the foreign dessert of “La Raza.” Mexicans, in particular, would turn flan into a daily dish.  Nowadays, apart from being eaten on its own as a sweet treat, parts of leche flan can also be added to halo halo, another popular Filipino dessert.

The first thing to do is to prepare all the necessary ingredients, including whole eggs, condensed milk, evaporated milk, vanilla and sugar. Sugar is going to be made for caramel.

Break the eggs in a clean dry mixing bowl. Make sure the bowl is absolutely dry. Beat the eggs gently and add the condensed milk, evaporated milk and vanilla. Vanilla is actually going to help enhance the aroma of your leche flan. You will caramelize the sugar in a sauce pan. Be cautious about caramelizing the sugar. Be sure it is in a low-heat fire, as this would burn the sugar right away. Never heat the pan before adding the sugar. As the sugar slowly caramelizes, stir slowly with the wooden ladle, not the metal ladle, as it can raise the temperature of the heat. Stir in the sugar until it has melted completely and turns into a golden brown.

When fully caramelized, turn off the fire and immediately move the caramel to the tin molder, or we call it “llanera.” Spread the caramel evenly and put aside for a bit. Pour the egg mixture over the llanera with caramel, around 3⁄4 full. Cover your llanera with aluminum foil. Covering the llanera will help cook your leche flan evenly. Do not forget to boil water on your steamer before putting your leche flan. Place the leche flan in a steamer and cook for at least 25-35 minutes. When done, remove it from the steamer and let it cool down for a bit. Chill your leche flan until it has been completely set. When it’s completely set, run over a knife on the sides of your leche flan. Place a plate on top of the llanera, just like covering it. Flip it upside down to remove the leche  flan from its llanera and tadaaaaa! Your smooth and creamy milk flan is ready to serve. Enjoy it!

By the way, if you don’t have a steamer, there’s another way to prepare your leche flan. Actually, you could bake it. Yes! You read it correctly, you’re going to bake your leche flan with an oven. How is it possible? It’s the bain-marie method, or we used to call it a water bath. Place the water just enough to cover the sides of the llanera in a rectangular tub, then arrange the llanera with leche flan mixture properly. Bake in the oven for about 40-50 minutes. By submerging the tin in the water, this prevents the custard from cracking. If you do not have llanera as your leche flan molder, you can use ramekins or baking pans or something that is a safe oven molder.

HOW TO CARAMELIZE SUGAR

Other way to caramelize your sugar using dry method:

This leche flan with whole eggs will show you how to make awesome whole eggs leche flan for your family and guests. Leche flan recipe using whole eggs is very delicious and tasty, it is also very popular in Philippines. This easy lechetin recipe will guide you step by step to make tasty and healthy leche flan