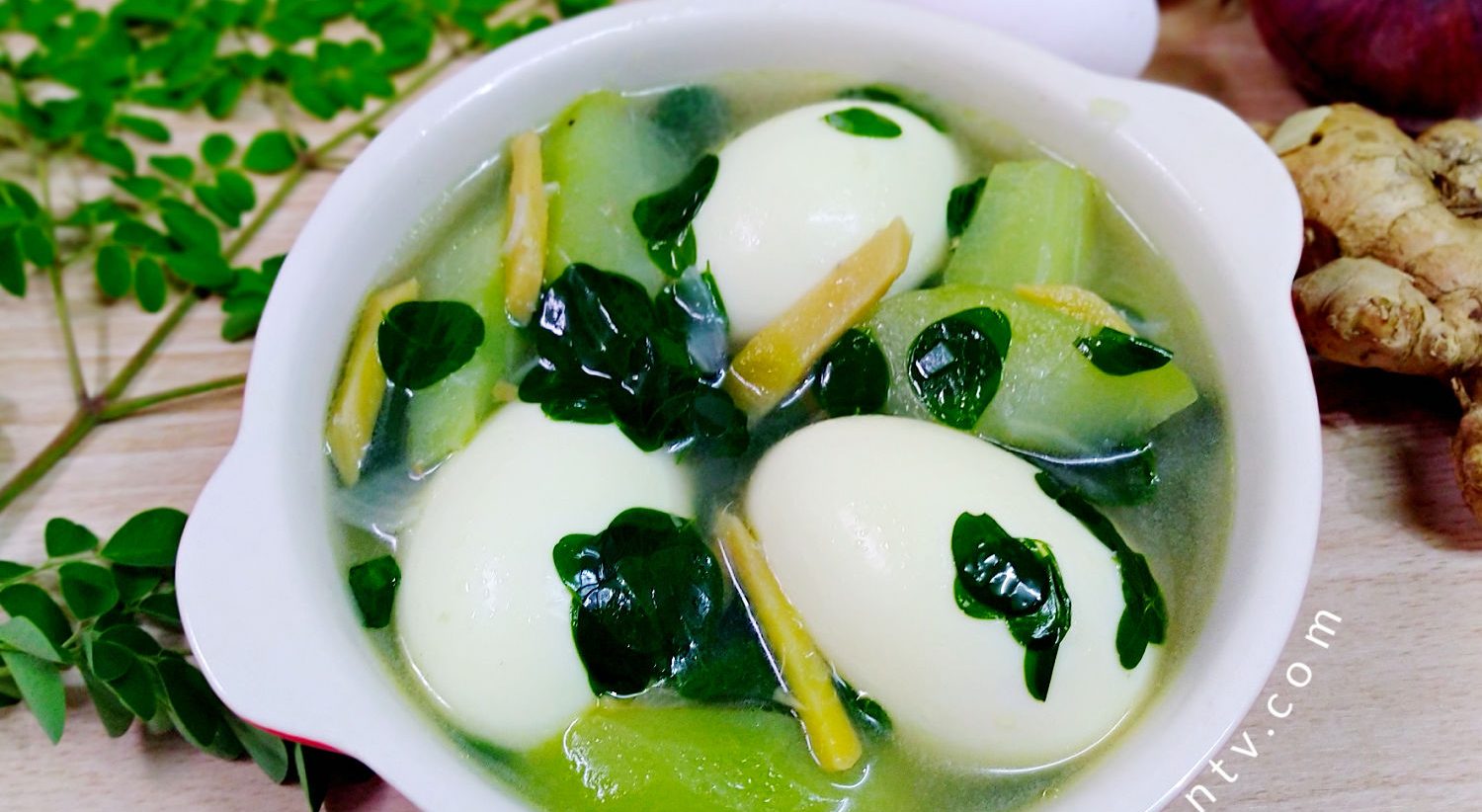 Egg tinola is a variation of tinola and is made with hard boiled egg,malumgay leaves, ginger, onion, garlic, sayote, chicken broth cube, fish sauce, black pepper and oil. This egg tinola recipe is healthy, tasty and most importantly, budget-friendly. Enjoy your favorite tinola without hurting your wallet!

Tinola is a classic Filipino soup with chunks of chicken pieces, wedges of papaya or sayote and a lot of malunggay and sili leaves. It has a simple and light gingery taste and is usually served as an entrée best partnered with hot steaming rice. Some use this dish as a soup appetizer or just as a soup during the rainy season. Chicken is the most usual protein source used in a tinola dish. But with the ongoing pandemic, we must be creative in cooking what is available.

Egg is a very versatile ingredient that we can eat on its own or incorporate in a lot of healthy and yummy dishes. Aside from being cheap, it is rich in calcium and phosphorus and in vitamins like vitamin A and B-complex. In this budget-friendly recipe, we are using the egg as the star ingredient for our tinola, instead of the chicken.

This tinolang itlog is one of the most requested recipes here at Yummy Kitchen. I have made this recipe before but with your showering love to us, I have now provided a cooking video of it. Have fun with this tinolang itlog recipe!

HOW TO COOK TINOLANG ITLOG

If you have cooked chicken tinola before, the steps in cooking this egg tinola is almost the same. This version of tinola has a shorter cooking time, since the eggs are cooked faster than the chicken. Start with boiling your eggs for 7 minutes. This will give you a semi hard-boiled egg. Do not go lower than this, or else the egg yolk will be flowy. And do not also overcook because the egg will become too dry. After you boil the eggs, transfer them in a bowl with ice cold water to stop the cooking process. Peel the eggs and set them aside as you prepare the broth.

Start your broth by sautéing onions, garlic and ginger. I used many ginger since it makes the broth more tasty and it also enhances our immunity. #HealthIsWealth Add the sayote wedged and saute them for a few minutes. The people of the internet are actually debating whether sayote or unripe papaya is used in tinola. To promote peace and stop the hate, just use whatever is available. Or if you’re going fancy, why not use them both! I bet it’s much tastier! Season them with some fish sauce and pepper. Add a piece of chicken cube for that authentic chicken flavor. Add some rice water or plain water. The amount of this will depend on how soupy you want the dish to be. The rice water is the water used to wash the rice. It is starchy and believe to have added nutrients. Continue cooking the broth until the sayote or papaya becomes soft and tender.

The egg tinola is nearly done! Just add the eggs and malunggay leaves in the broth and let the leaves wilt a bit. When everything is set, you can now enjoy this flavorful but inexpensive soup! Enjoy with hot steaming rice.

Watch how to Cook Tinolang Itlog