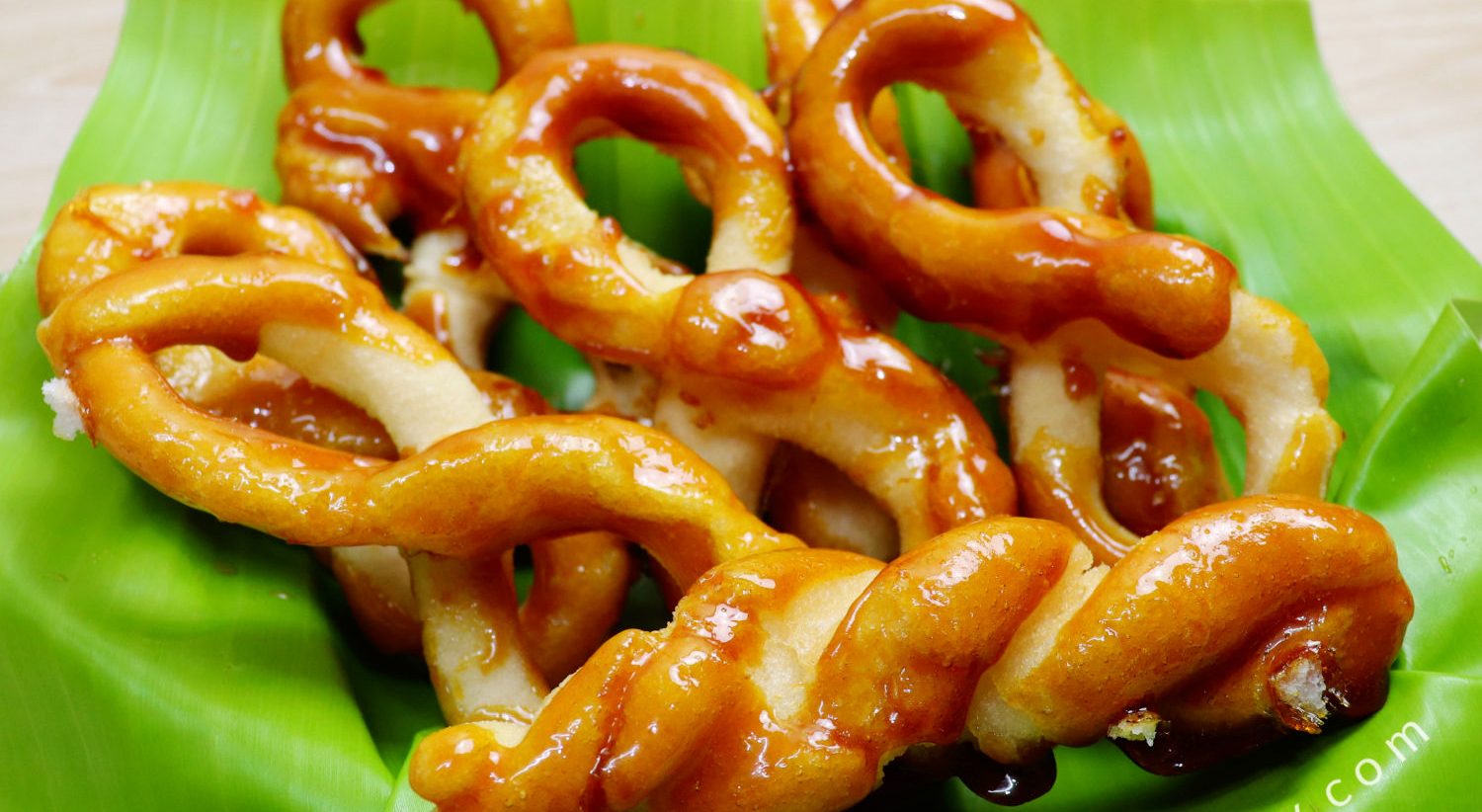 The pilipit is a Filipino twisted doughnut made with glutinous rice flour, all purpose flour and sugar. Another name for this snack is “shakoy”. This deep-fried snack got called that way due to its unique characteristic of being twisted, wherein the Tagalog term for twisted is “pilipit”. This sweet and chewy snack is best for merienda or office breaks and is best paired with coffee or any hot beverage. This yummy kitchen Pilipit recipe will guide you to make the pilipit you ever ate. Try this classic Filipino delicacy at home. Yum!

Today I will share one of my favorite childhood snacks Pilipit. The pilipit is not like your regular doughnut. But unlike the common doughnuts, the pilipit is made using glutinous rice flour, which gives it a sticky and chewy texture instead of fluffy and airy. The plain pilipit tastes slightly bland and is much more brought to life by the sugar or syrup coating. Did that sound appetizing? Try this recipe now!

You will be shocked how easy this recipe will be. Do this during the weekends and you can actually use this as a bonding time with your family, friends, or even you kids!

To start making the pilipit, we are going to create the dough. What’s unique in making a pilipit is that it uses glutinous rice flour in combination with all-purpose flour. The glutinous flour will give the pilipit an amazing chewy texture. Mix the flour with water and knead the dough until smooth. This next part is the best part. Time to use our imagination and creativity! Take a spoon of the dough and shape the dough however you want. In this recipe, the number “8” shape is used. There are a lot of other shapes to try! You can make a pretzel, a heart shape or just a plain simple twist, where the pilipit is known for. After shaping the dough, time to fry! Deep-fry the pilipit dough for a few minutes. You can fry them in large batches but make sure to leave spaces so that the pilipit would not stick to each other. Use a stick to separate them if this happens. The pilipit will float in the oil once it’s cooked, so make sure to flip for the other side to cook. When both sides are light brown, transfer them into a strainer or paper towel to drain excess oil.

Watch how to Make Pilipit