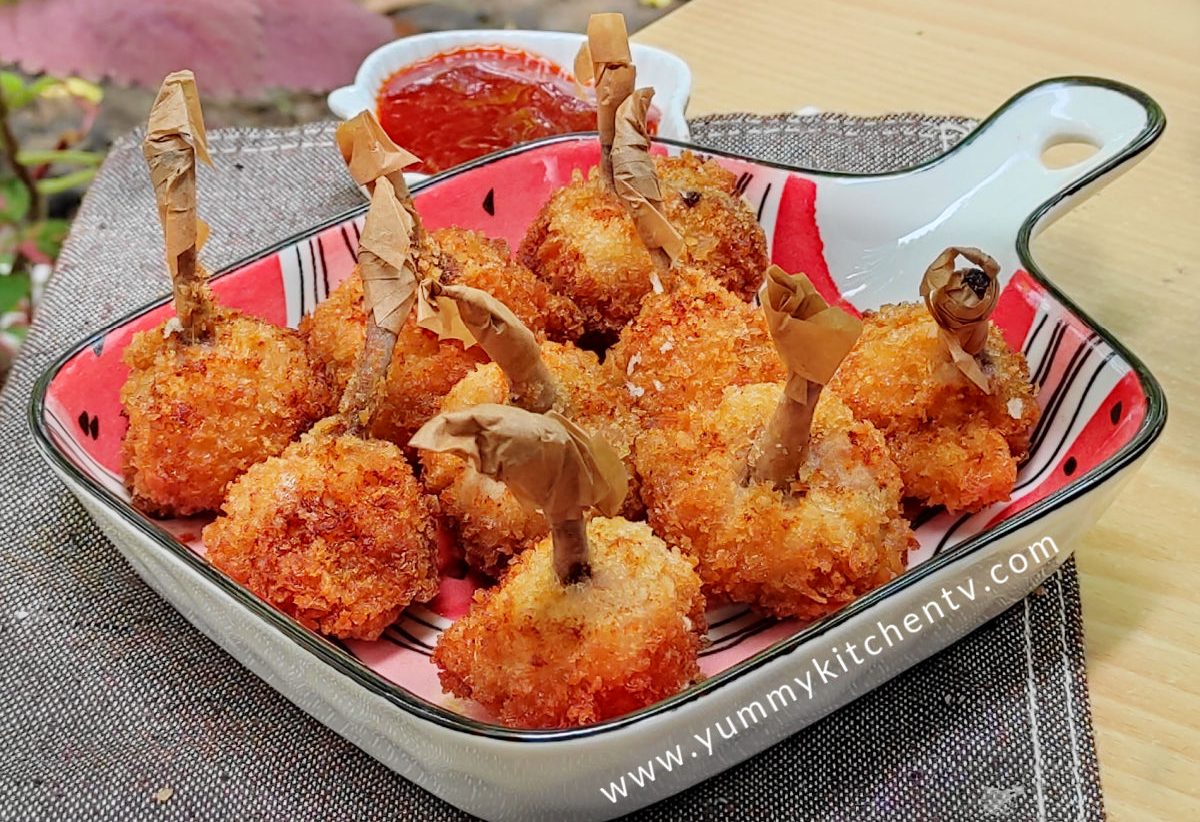 Parmesan Chicken Lollipop is made by coating chicken wings, after pushing meat to one side to make it like lollipop with mix of marinade made by eggs, all purpose flour, bread crumbs, and parmesan cheese. For seasoning Salt, pepper, garlic powder is added to get extra taste and aroma. Enjoy your chicken wings in a new look but with the same great taste! made more powerful and dusted with parmesan cheese. Best partnered with rice, fries or mashed potatoes. Munch the crunch!

WHAT IS PARMESAN CHEESE?

What is a parmesan cheese? Personally, I rarely encounter this cheese (before I purchased my own). I had an unclear memory, as a child, of eating spaghetti at Shakey’s and the waiter offering me a small jar of parmesan cheese, telling me to add however I want.

Parmesan cheese is a type of hard cheese which is usually grated. Just like other cheeses, the parmesan cheese is made with cow’s milk and is aged for at least a whole year. Parmesan cheese uses calcium lactate which gives the zing and sharpness to it. Cheeses are usually made into a large wheel. But the good news is, you can buy an already grated parmesan cheese! Simply sprinkle them on top of your spaghetti and you’re done.

Chicken wings is really one of the best parts of the chicken. Simply fry them and coat them with sauce and then you’re already happy. This part of the chicken is exercise, meaning the meat is much juicy and tender when compared to the less exercise parts like chicken breast.

But for a child, eating chicken wings might be a challenge. This new niece of mine had troubles with eating her chicken wings because of “too much bones” (HAHAHA). Her mom removes the bones for her. If you are having similar problems, or just want to eat your chicken wings easier and faster, then the chicken lollipops is the best dish for you.

What I love about chicken lollipop is that you can still play with the sauces. I love experimenting sauces with my chicken wings and chicken lollipops. Among all sauces, cheese sauce is the most basic one and the type that everyone would surely love. I have been making creamy cheese sauce before but since I have bought my parmesan cheese last Sunday, it would really be fun using it this time.

If you wanna know how to make parmesan chicken lollipops, read and follow the quick steps below and them me how it went. Have fun!

HOW TO COOK PARMESAN CHICKEN LOLLIPOPS

Make sure to have extra free time since the preparation of the chicken wings might take a while especially if you will be making a large batch. I recommend you to sharpen your knife before anything else to make the process much easier and faster.

The first part of this recipe is turning the raw chicken wings into lollipops. You can do this by pushing the meat on one end and then scraping the bone. Sometimes, raw chicken meat is a bit rubbery in texture. It may be hard for the first few pieces but as you go by, this process will be easier. Just be careful not to cut the meat while pushing them.

When all the chicken lollipops are ready, you’ll realize that you’re 85% done with this recipe. Season the chicken lollipops and prepare a bowl of each coating (seasoned flour, beaten eggs, parmesan bread crumbs). Take note that the parmesan cheese is really salty so it would be better to be combined with the breadcrumbs rather than sprinkling them straight ahead.

Dip each lollipop in each of the coating and then deep fry. Do not overcrowd the pan to allow each of the chicken lollipops to fully cook. Deep frying them is similar to frying other chicken recipes. When golden brown and crispy, then it’s eating time!

I usually prepare around 3 to 4 different dips when I make my chicken lollipops. Try to experiment on which dip is your favorite. Yum!