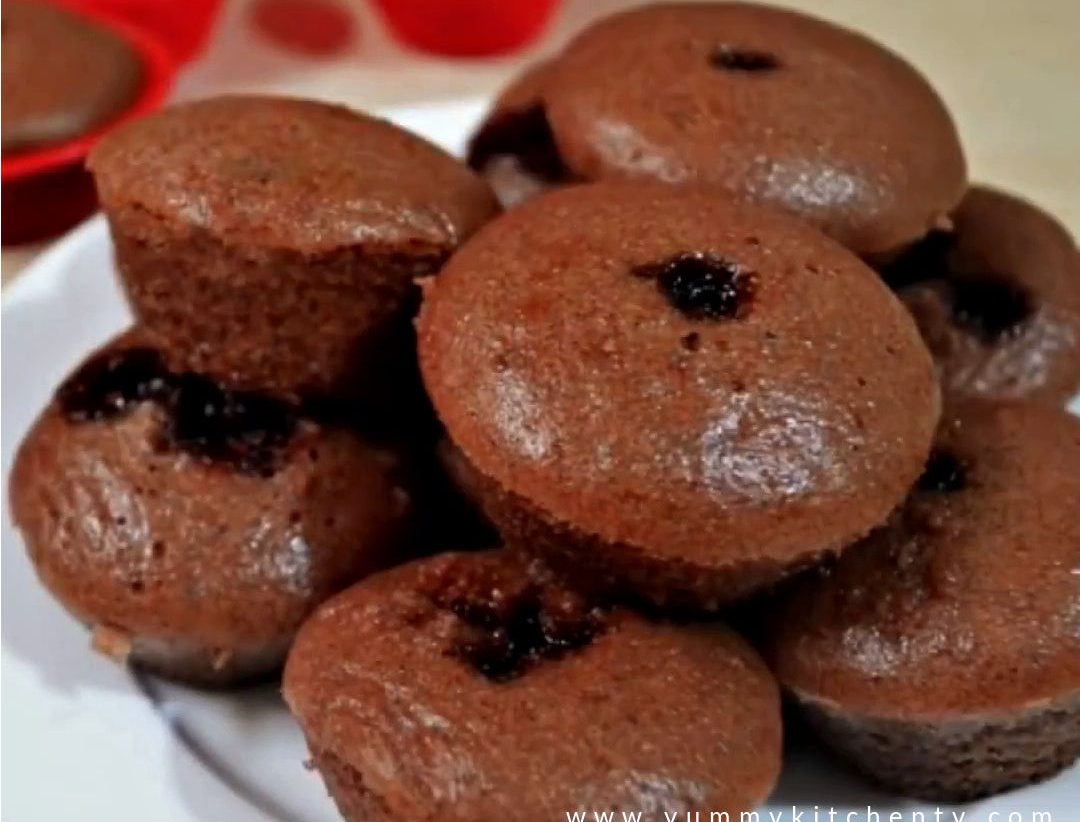 Milo puto are small steamed cakes made by steaming a cake mixture made with all purpose flour, sugar, milo, evaporated milk, melted butter, salt and baking powder. This popular Filipino dessert is having with both the super chocolatey and milky sweetness from the milo and the fluffy and dense texture of the classic puto! Always the best to bring during potlucks and celebrations.

I bet every kid with a milo chocolate powder supply at home sneaks at night to get a spoonful of our all-time favorite chocolate drink and just let the powder melt in the mouth. I remember being caught by my mom every time and the powder bursting from my mouth when I began to laugh. What really gives milo a special place in our hearts?

Every year during elementary school, I make sure I participate with the milo marathon event. Aside from running with my friends, who doesn’t want free milo? Milo is a malted chocolate powder with milk which is mixed with either hot or cold water to become a nice chocolate beverage. With the milk added with milo, aside from being chocolatey and sweet, milo chocolate powder is also rich in a lot of vitamins and minerals.

Puto might be the most famous kakanin in the Philippines and is one of my favorites. Its springy and dense nature is what I like most about this classic native delicacy. I’ve tried the usual puto flavors and have been experimenting with the new ones. I’ve always been using store-bought unsweetened cocoa powder for my chocolate puto. When my niece surprised me with some iced milo drink, I started questioning myself on why haven’t I tried using milo as chocolate flavoring for my desserts.

I was so excited in making this recipe since all of us in the family loves milo and puto. If you want a quick guide on how to make milo puto, continue reading the recipe below.

HOW TO MAKE MILO PUTO

Making these small cakes of chocolatey goodness is very simple. First, combine the wet and dry ingredients separately. Combine the two mixtures to form a nice and thick puto batter. Grab your puto moulds and pour the puto batter. The puto moulds I used are made with plastic, so there’s no need for greasing. If you have no plastic moulds, you can use your muffin pan and either line them with cupcake liners or grease the muffin pan and pour the batter directly.

You can decorate your puto however you like. In this recipe, I added some chocolate chips at the center and top of my milo puto. That step is optional but you can try that too! You can experiment with other toppings and fillings like marshmallows and candy sprinkles. For an authentic puto vibes, you can add a cheese strip on top.

When the all the moulds are filled, it’s steaming time! I used small puto moulds because I am really fond with cute puto. It took me around 15 minutes for my milo puto to be well-cooked. Do the toothpick test to check if the puto pieces are cooked up to the core. Removal of the puto from the moulds will also be easier with the help of toothpick. Simply scrape the sides gently and let the puto pop on its own. Let your freshly-steamed milo puto cool down a bit before serving. Enjoy this sweet treat with a cup of hot coffee or tea.

This Milo puto recipe will guide you through step by step to make a delicious and tasty Milo puto for your family and guests. Just follow the below limo puto recipe and it will show you how to make Milo puto in a simple way. Please try this recipe and post your comments here to help others