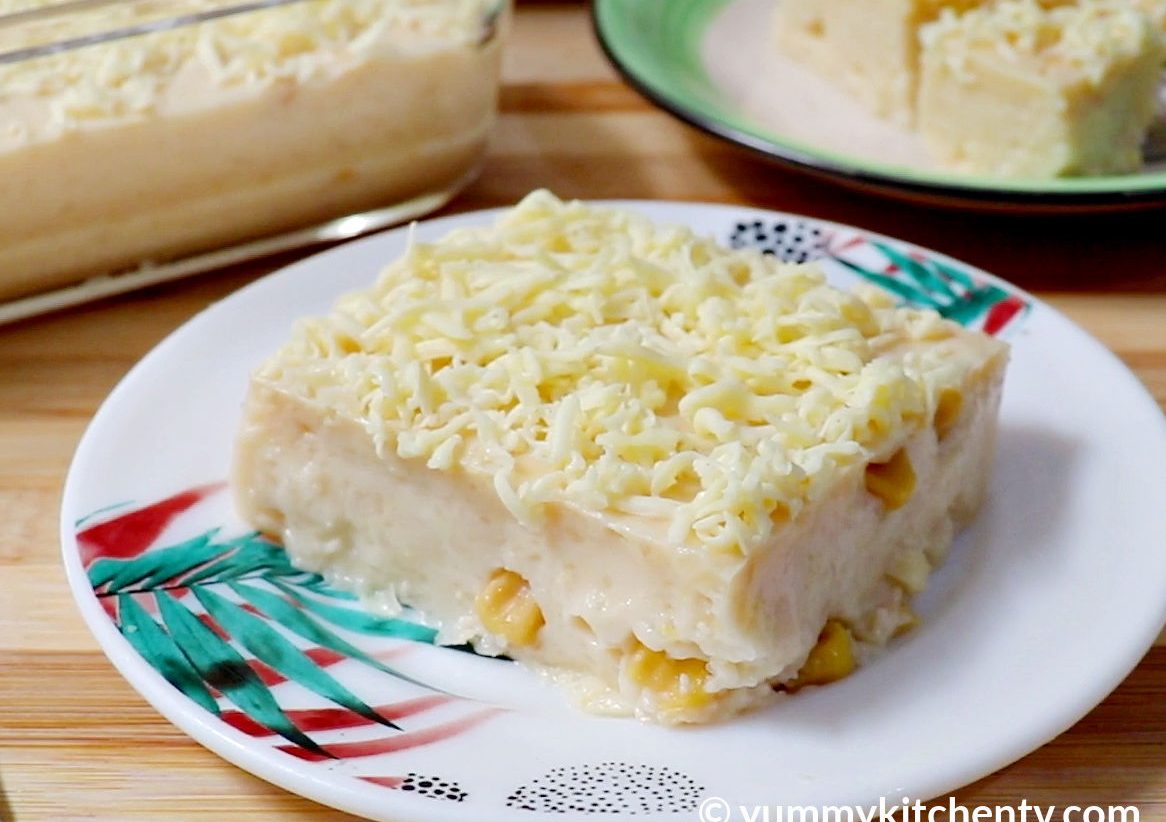 Maja Blanca is one of my favourite kakanin. I always buy one every time I go to the market. There are many variations of maja blanca and my favorites were the plain (corn), ube and pandan. The traditional maja blanca is made using coconut milk. Use the recipe from this article there is no coconut milk available but you crave for maja blanca.

I always make large batches of maja blanca every time we celebrate out family reunion. I often make the plain and the ube ones. There was this one time that I want to cook maja blanca plainly for personal consumption. I could still remember how I craved during that time, looking at nothing, imagining the smooth and creamy maja blanca melting in my mouth. Back to my story, it was getting late and I cannot go to the market or the grocery stores to get some coconut milk.

I am also experimenting with the different toppings I want with my maja blanca. The most common toppings of maja blanca is the latik which I think is the best one. You could also try differen toppings like brown sugar, sprinkles, chocolate syrup and grated cheddar cheese.

HOW TO MAKE MAJA BLANCA WITHOUT COCONUT MILK

This dish is very easy to make and will take you just a short time in preparing and cooking everything. Making your maja blanca is basically mixing all the ingredients, heating, thickening and decorating. To start your maja blanca, gather the evaporated milk, all-purpose cream, condensed milk, 2 cups of water and the cream-style corn. If you want a creamier maja blanca, use milk instead of water. Pour them in a pan and mix well. Taste the mixture and add sugar based on the level of sweetness you like. Add the butter or margarine to the mixture and blend well. Heat the mixture under medium heat.

Watch how to Cook Maja blanca without Coconut Milk