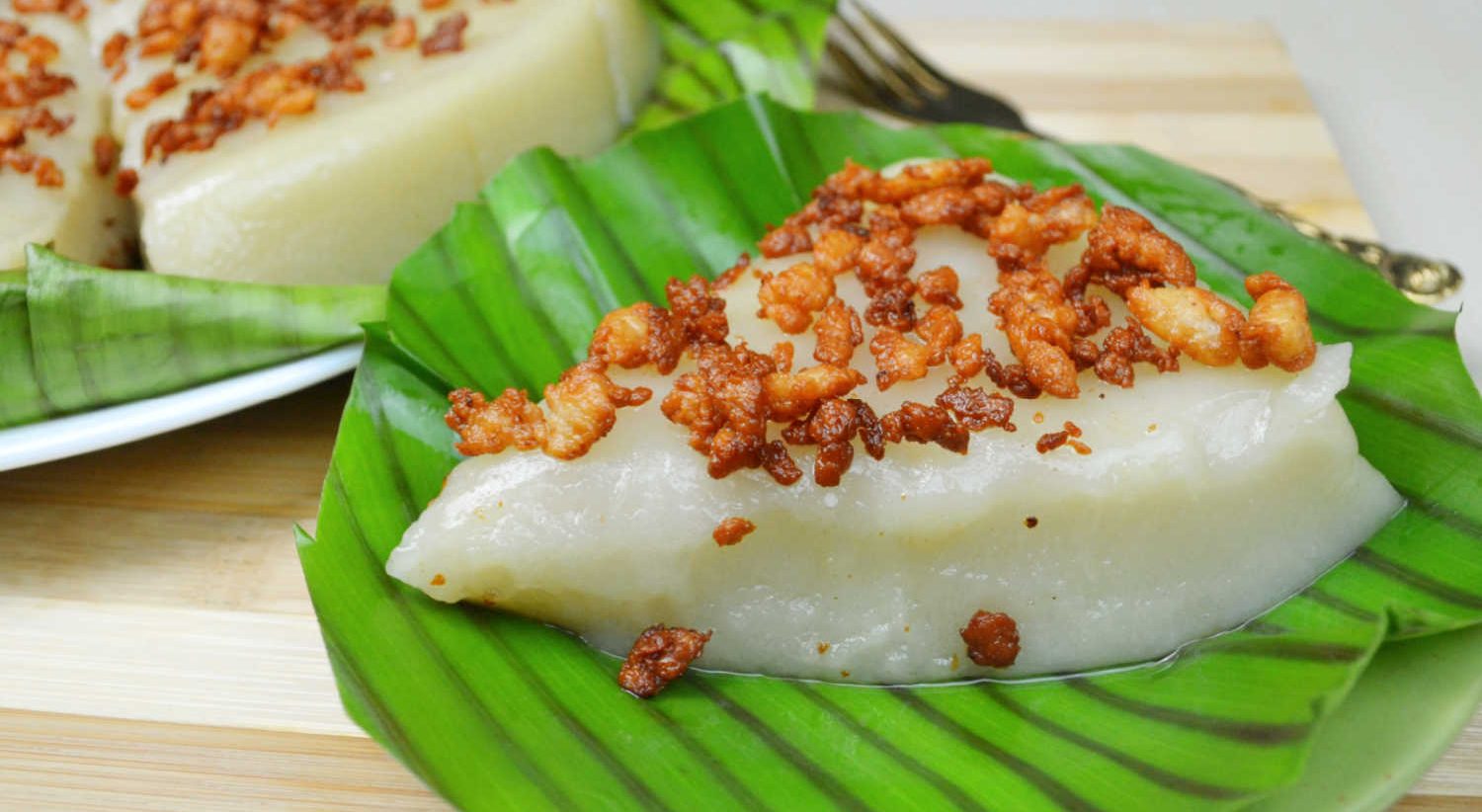 In the mood for some steamed rice cake? The kalamay lansong is a light and chewy rice cake snack flavoured with sweetened coconut and is topped with homemade latik.

The kalamay lansong is a sticky chewy rice cake made sweet with sugar and coconut. This dessert snack is so easy you can make it at home as a substitute for the famous tikoy during the New Year. It is literally one of the easiest rice cake to make which can be used as a base for other steamed rice cake dishes.

If you would take a peek on the ingredients list, there is no doubt the kalamay lansong won’t tear you even a single sweat. Prepare the latik first. This will be our garnish for the kalamay. To make some latik, simple heat the coconut cream until it curdles and then strain the brown bits and set aside. Sounds very easy, right?

Now that the latik is done, let us prepare our baking pan. Kalamay and other rice cakes are known to be cooked with banana leaves. There is a certain aroma and sweetish flavor added to the dish when banana leaves are used. Fresh banana leaves are brittle and unbendable. Before lining it in the baking pan, pass the leaves quickly through hot flame to make it bendable and pliable. After you line the baking pan with the leaves, brush some coconut oil strained from the latik. This is done to prevent the kalamay from sticking from the leaves and remove it easier. The coconut oil also added more coconut flavor and aroma.

The kalamay mixture is done by simply mixing all the ingredients. Surprised? Yes! It is really that simple. Pour the kalamay mixture in the baking pan and it is now ready for steaming. The steaming may take a lot of time but it’s definitely worth it. Steam the kalamay for 40-45 minutes. Do not forget to cover the lid with cloth to prevent water drippings in the kalamay.

Transfer the kalamay lansong in a serving plate by flipping it over. Remove the banana leaves and top with the latik. Slice it like a cake and enjoy with your favorite hot coffee or tea. Enjoy!