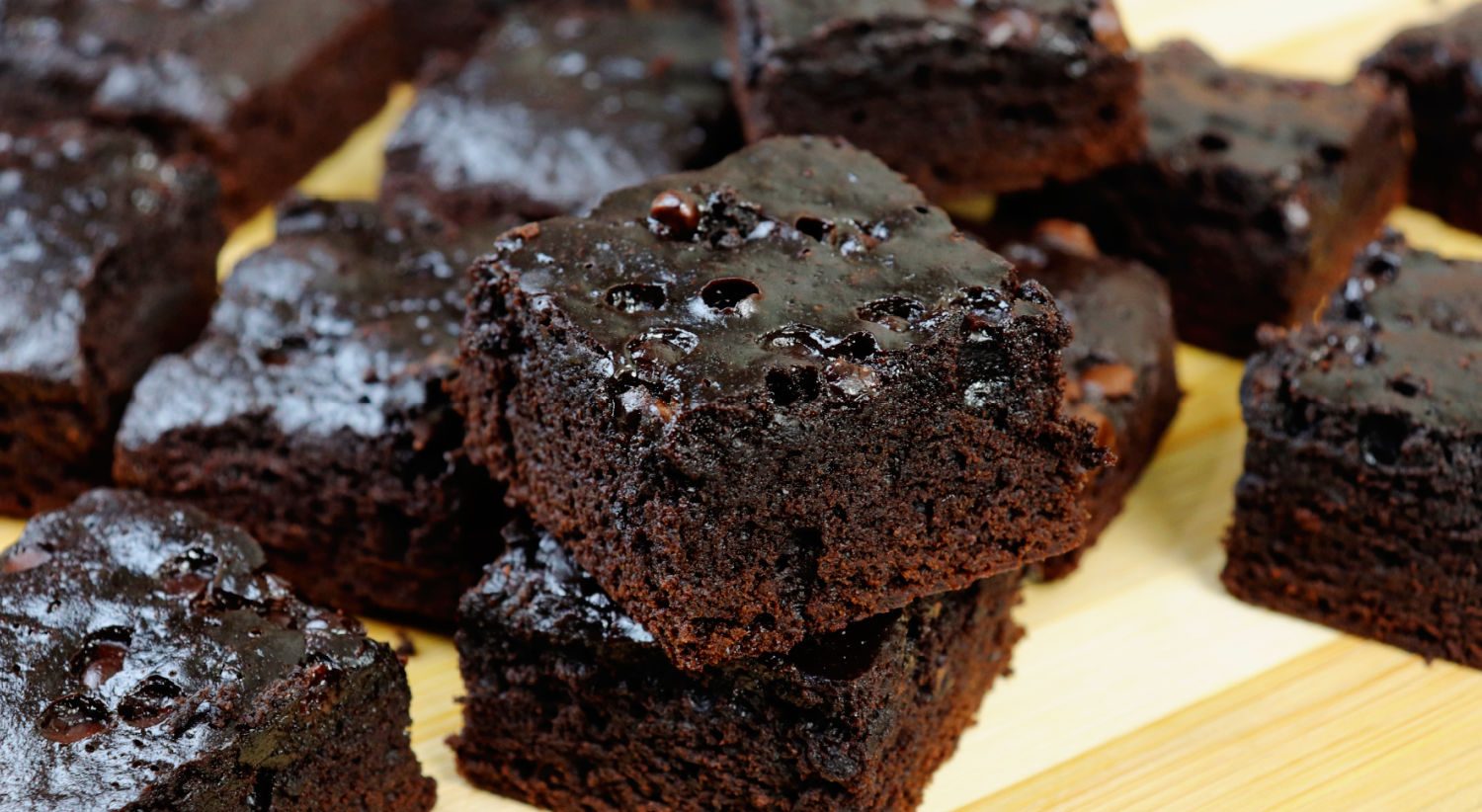 Brownies are a global favorite snack and dessert. This is one of the most popular types of pastries which has evolved through time. Brownies were termed as “sheet cake” and is prepared almost similar to a cake and are traditionally baked in ovens. Then main difference between a brownie and a cake is that the brownies has a denser structure and are fudgy and chewy unlike cakes with a soft and fluffy structure. Brownies are commonly served in individually wrapped bars and is eaten by hand. It is best eaten as a dessert after a meal or with milk as a snack.

Brownies have a special place in my heart. One of my life goals is to look for the best brownies in town by trying different brownies from different pastry shops. I first fell in love with brownies when a co-parent of my mom gave me one. It was a really decadent one and since then I loved brownies over cakes.

I had an epic journey on making brownies. I made my very first brownies using a pre-made brownie mix which I bought from the supermarket. We have no oven during that time and I was clueless on how should I cook it. I baked it in a pan and it doesnt taste like brownies at all. I stopped dreaming on making perfect brownies and just wait until I can afford to buy my own oven.

Later in life, I was able to buy my own oven and started dreaming again on making my own brownies. This time, my brownies was a success. Me and my friends really like experimenting with food. I was so surprised when one of them told me about a no-oven cake. I was confused. My memories on that failed pan-cooked brownie came back. My friend taught me on using the sauce pan as an oven. You will see that specific technique later on in this article.

It was amazing how the traditionally baked brownies now can be done at home without an oven and still produces great results. I used the pan technique and I can still remember the first bite I had with the chewy and moist brownies. If you have no oven at home, follow this steps and you can still have your chocolate brownies.

HOW TO MAKE NO-OVEN CHOCOLATE BROWNIES

Baking brownies without an oven is really not complicated. You start by preparing the brownie batter the regular way.

First, prepare the brownie batter. Add the melted butter, sugar and eggs in a large mixing bowl and mix until the sugar is dissolved. Drop some vanilla extract and mix again. In the same mixing bowl, sift the unsweetened cocoa powder, all-purpose flour, baking powder and salt. Make sure that there are no lumps. Mix the brownie batter continuously until all the components are well-mixed. Do not over mix as your brownie batter might be too airy and you will produce a soft brownie instead of a chewy one. At the end of the mixing, you must achieve a glossy and thick chocolate brownie batter.

Pre-heat a large sauce pan under low heat with the cover lid on for 5 minutes. This is to simulate the heat circulation of an oven which is needed by the chocolate brownies to cook. Do not confuse this process with steaming because we will not be steaming the brownies. We are going to create a heated environment for the brownies to cook.

Use a sauce pan with a thick layer or metal. If you have a deep cast iron pan, it is best to use it. When the pan is pre-heated, place a wire rack inside. The wire rack is placed inside the pan so that the brownies are not in direct contact with the source of heat. If a wire rack is not available, you may use any heat-safe metal container, a llanera for example. If you will be using a llanera, turn the llanera upside down so that the baking pan can sit on it. If a llanera is still not available, grab your metal spoons and forks and lay it in the pan. Make sure that the forks and spoons will have a flat top where the baking pan can sit.  Place the baking pan on the wire rack and return the lid. Lower the heat into very low heat. Allow the brownies to bake for 30 to 35 minutes. After 30 minutes, check if the brownies are fully-cooked. You may use the toothpick test. Stick a piece of toothpick in the brownies in such a way that it would reach the middle of the brownies. If it came out clean, then the brownies are done. If not, bake for a few minutes and do the toothpick test once in a while. Some people suggest to not cook the brownies fully since it will continue cooking as it cools down. This can be considered if you have already experimented with the baking time in relation to the brownie texture. Do not over bake your brownies as it will get dry and crumbly. What we want is a crusty edge and a moist top brownies. Remove the baking pan from the sauce pan and allow it to cool for a bit. Remove the chocolate brownies by lifting the wax paper. Some people add a chocolate fudge toppings to make the brownies more chocolatey. Decorate your brownies however you like. Cut the brownies into serving pieces and enjoy eating.

Watch how to cook Chocolate Brownies without Oven