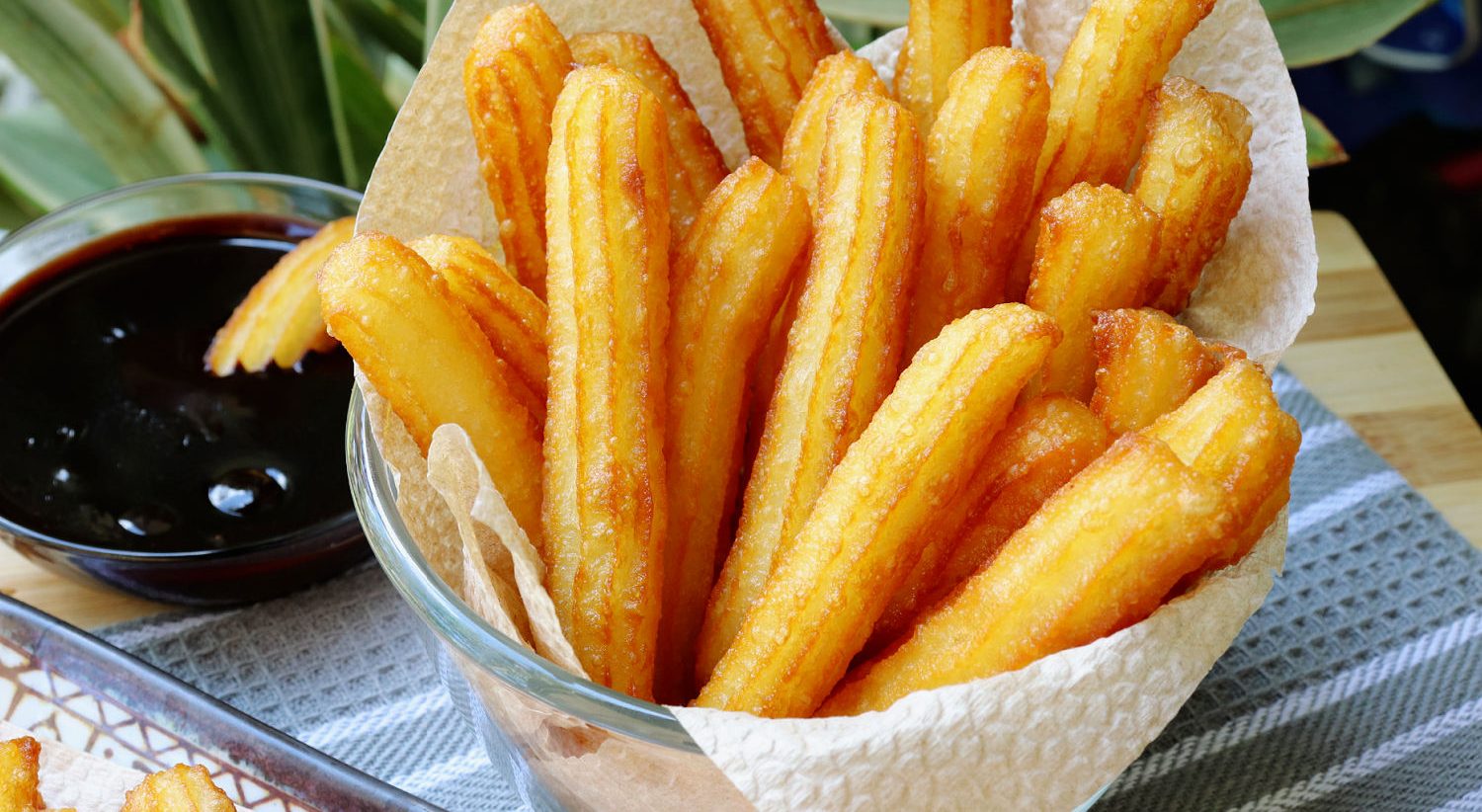 Wanting some churros but got nowhere to buy? Make your homemade churros using this recipe! Churros is a fried pastry which will satisfy your sweet cravings!

Churros is a snack popular to Mexico, Spain and the US. It is a fried pastry which is often compare to fried doughnuts. A churro dough is thicker and denser, making the churros unique from the fried doughnuts. Unlike the classic round doughnuts, the churros are usually short straight thick sticks either coated with sugar or dipped in chocolate or caramel sauce. It has a crispy outside but the inside are surprisingly spongy soft and tender, which makes it one of the best desserts ever existed. It can be enjoyed as a snack or a dessert. Find out in this recipe how to make the best churros in town!

HOW TO COOK CHURROS

Some people I know are hesitant in making homemade churros since they are not confident with their baking skills. But actually, making a churros dough is much easier than most pastry goods which requires extensive kneading.

For the churros, you first need to melt some butter in water with salt. If you will be using salted butter, there is no need to add salt. Turn the heat off. At this point, you can work from your stove to your countertop. Add the flour and mix it to make a dough. You might be wondering by not just mix all the ingredients. The hot base actually has science behind it. Starting with this hot base makes the resulting churro gummy and chewy. As you mix the dough, it cools down. That’s where you add an egg. Mix it with the dough. And finally, the churros dough is now ready for frying. Place the dough in a piping bag so it will be easier to shape it later. If you have no piping bag, you can use any thick bag. Cut the end for at least half an inch diameter.

Heat some oil for deep-frying and prepare to witness the magic from your own hands. Squeeze the piping bag gently until some of the churros come out. Usually a churro is 4 to 5 inches. But it is up to you if wanna make super long churros! The common churros are just plain straight but you can try turning it to different shapes! Cut the churros to your desired length. Try to make it smooth and uniform. Fry the churros until golden brown in color. For some, they want their churros coated with cinnamon sugar. But here at Yummy Kitchen, we are going extra.

By extra, we are making a chocolate dipping sauce! Making a chocolate glaze for our churros is plain simple. Just mix all the ingredients and heat until it thickens. So before you take a bite on this sweet and yummy dessert, do not forget to dip it with chocolate sauce! Some churros I know poke a hole on their churros, somewhat making it a tube. Chocolate sauce will be put in the whole, making the chocolate more of a filling. But dipping sauce is just easier and taste the same. So what are you waiting for? Make some churros today!

For the chocolate sauce: