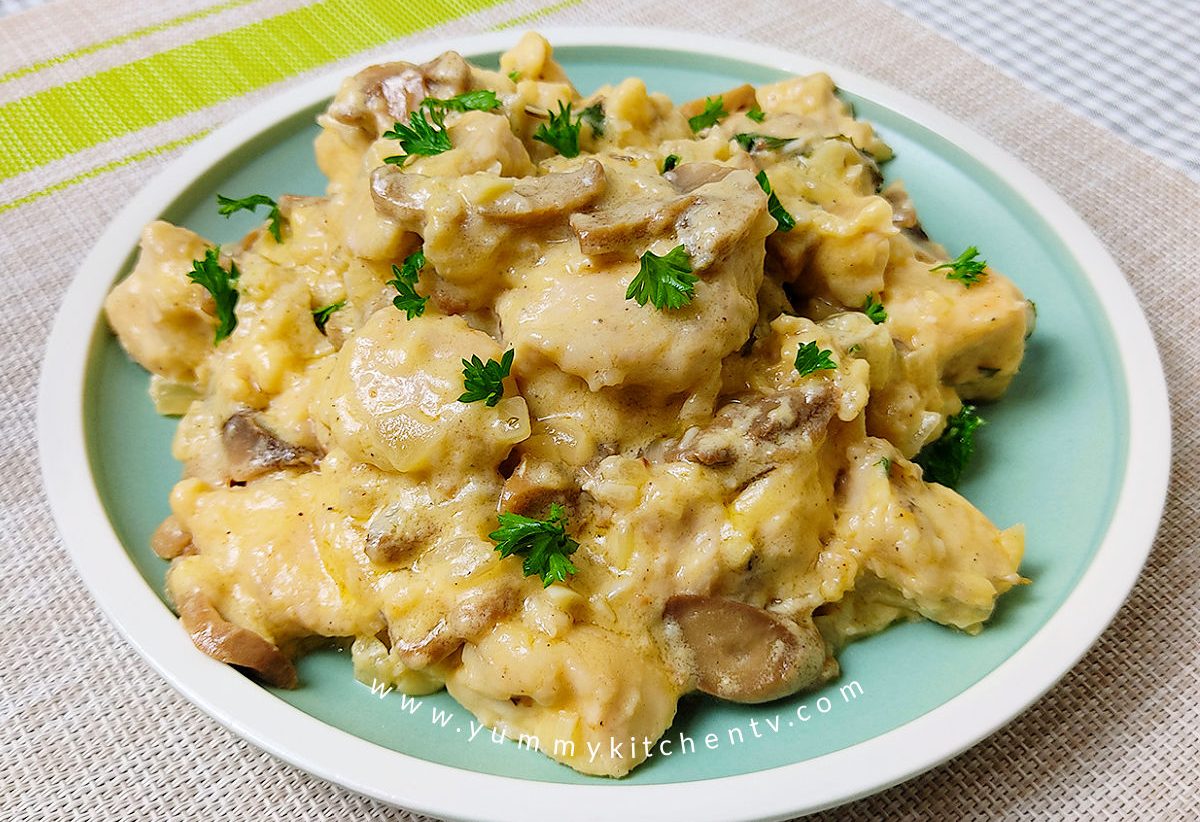 Chicken in Mushroom Sauce is made with marinating chicken pieces with salt, pepper, garlic powder, flour, rosemary mix and frying it. This fried chicken is simmered with mushroom in a sauce made with butter, olive oil, onion, garlic, mushroom, white wine and all purpose cream. Follow our recipe in step by step to make this scrumptious creamy chicken in mushroom sauce for your family and relatives.

Mushrooms do not have a strong taste but you’ll know it when it’s there. In KFC, even though they are unli gravy, you can easily determine which among the gravies is the mushroom infused ones (and mushroom gravy is not unli :((( ).

Technically speaking, there is a wide variety of mushrooms and not all of them are edible and safe. Edible mushrooms are usually foraged or bred at specific environments. If you are interested in the traditional way of foraging mushrooms, be sure that you have an expert with you.

If you want a mushroom infused dish, then this dish is the perfect one for you! Try and make some chicken in mushroom sauce today!

HOW TO COOK CHICKEN IN MUSHROOM SAUCE

Making chicken in mushroom sauce is truly simple and straightforward. This dish can be prepared in less than an hour, perfect for some busy days.

I am cooking the chicken cuts in batches so I coated them with flour once done with the herbs and spices. After that step, sear the chicken until the crusts are crisp and brown. Remove them from the pan.

Use the same pan in making the mushroom sauce. Don’t let the leftover chicken flavors go to a waste. First, saute the onions and garlic. In this recipe, using white onions are highly recommendable. They become translucent after a few minutes of sauteing and releases an extra sweetness flavor infused in the oil. Next, add the mushrooms and saute to also infuse its flavor in the oil.

Put the chicken back to the pan and saute to capture the onion and mushroom flavor. In this recipe, I added some white wine just for some added elite aroma and flavor. This is totally optional so only add white wine if you have one at home (don’t confuse this with red wine!).

The last ingredient to add is the all purpose cream. This type of cream is the creamiest among the milks you can find in the grocery and best fits this recipe. Adding some fresh parsley is totally optional but it adds some freshness and color to the dish.

Dishes like this makes me want to grab a large bowl of hot steaming rice and put the chicken in mushroom sauce all over it. Tara kain!