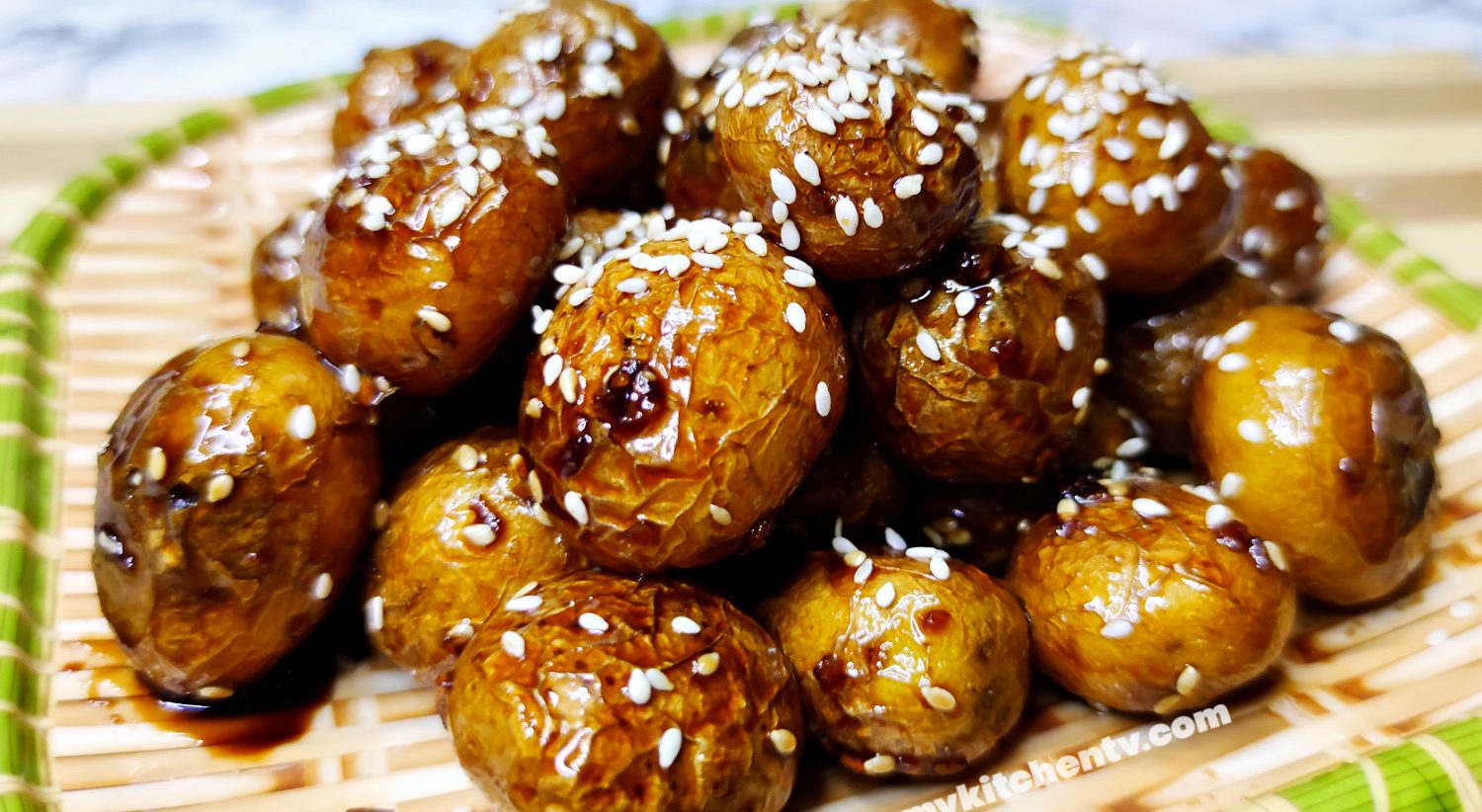 Braised potatoes is a scrumptious dish made out of marble potatoes, minced garlic, soy sauce, sugar and sesame seeda fried in oil. This yummy kitchen recipe will guide you how to cook toasted marble potatoes in very easy and simple way. Annyeong! Are you also a K-pop or K-drama fan? South Korea did invade our hearts in a wonderful way.

A lot of Filipinos are surely hooked up with their favorite K-pop group or K-drama series. With the Korean “invasion”, the Korean cuisine also became popular nationwide. A lot of samgyupsal restaurants has risen exponentially. Samgyupsal is the Korean version of barbecue. It is known to be eaten with a lot of side dishes like sweet onions, sweet and spicy leeks, kimchi, steamed egg, braised potataoes and many more. Unli-samgyupsal has been one of the crowds’ favorite dishes as of today.

Since the start of the lockdown, samgyup-at-home was encouraged. People are making their own versions and flavors of the famous samgyupsal. With this, the people are also trying to make the different side dishes that comes with it. Here is a very simple recipe for braised potatoes, one of the most favorite samgyupsal side dishes.

HOW TO COOK BRAISED POTATOES

Ever wondered how the samgyup restaurant never ran out of braised potatoes? Making this sweet and salty braised potatoes will only involve you two steps: frying and braising. And it will only take you just a few minutes. You can actually cook this WHILE cooking the samgyup or even when you are watching your favorite K-drama.

First, we fry the potatoes, to make sure that they are cooked before we braise it later. As you fry, the skin of the potatoes will be brown and wrinkly. And that’s a good sign that the potatoes are cooking. If the potatoes passed the fork test, it is now ready for braising. Add the garlic, soy sauce and sugar and stir well to make a sauce. Make sure to coat the potatoes with the sauce as you braise them. When the sauce is super thick and all of it almost sticks to the potatoes, then you are done. Sprinkle some toasted sesame seeds and enjoy it with your favorite samgyup! Happy eating!