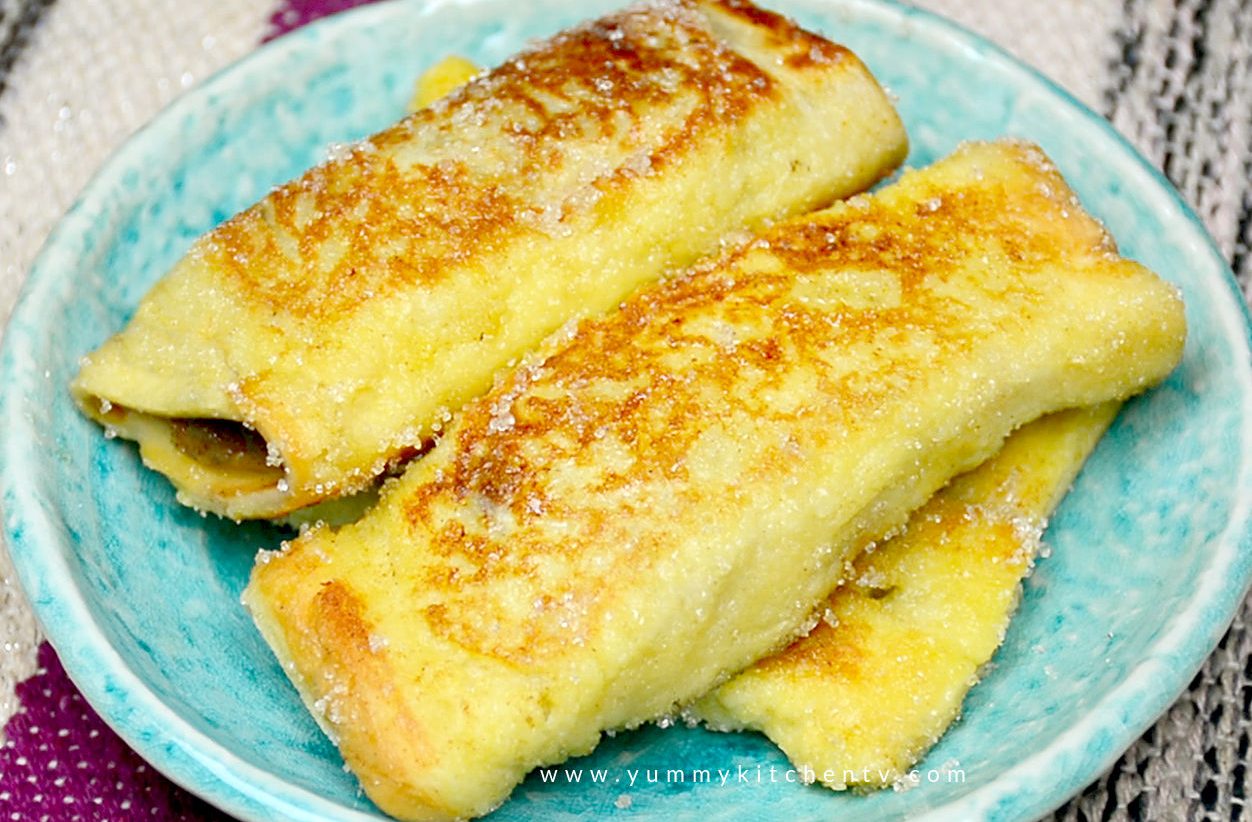 This fried banana bread toast is filled with banana, sugar and cinnamon powder, and fried after dipping in an egg sugar Sauce. The banana bread toast is a version inspired from the classic French toast wherein the bread rolled and filled with a sweet and delectable banana and then dipped in a mix of egg and milk. It can be eaten as an afternoon snack or as a dessert after a fatty meal. These rolls are truly irresistible!

If you have a supply of ripe fruits, making fruit jams is one of the fun ways of preserving them for a longer shelf life. I have tried making jams using a lot of fruits like mangoes, strawberries and even guava. These jams pair best with a soft and fluffy slice of fresh bread. Aside from using it this way, I started thinking of ways I could utilize my jams.

You are a lucky person if a bunch of bananas unexpectedly comes to your home—thanks to my tito who grows a lot of banana plant. Bananas are one of the simplest but most nutritious fruits in the planet. Bananas are so beneficial whenever I had a random sweet tooth craving but I don’t want to gain some weight. With the sweetness of ripe bananas, my cravings are satisfied and of course, I enjoyed its nutritional benefits.

Having some bread and bananas just peacefully lying at my pantry, I thought of making these banana bread toast inspired from the classic French toast. I had been preparing French toast for a lot of times and wonder how could banana make it better. With my jam expertise, a French toast filled with freshly made banana jam would be a great idea. Banana bread toast is a quick, budget friendly and delicious snack or breakfast you can prepare for the whole family.

HOW TO MAKE BANANA BREAD TOAST

Make some banana bread toast with 5 easy steps! Start with making a banana jam by crushing some bananas in butter and making it sweet and aromatic by adding sugar and cinnamon. Be careful not to overcook the jam as it might taste burnt. This jam will be the filling of our banana bread toast.

If you have prepared French toast in the past, the steps would be a bit similar. Combine egg and milk in a flat bowl. The ratio of milk to egg in this recipe is confidently perfect to give the bread toast a nice and crispy crust and a milky layer. Just like preparing a French toast, we will dip our banana-filled bread in this egg mixture before we fry them for later. Prepare your bread slices and remove the sides. You can use the sides for other dishes like the bread pudding. Place a nice amount of filling and then roll the bread. As mentioned, dip the banana bread quickly in the egg mixture and then shallow-fry. Before serving, do not forget to roll the banana bread toast in some brown sugar for an ultimately sweet caramel dust.

Aside from using the banana filling in a banana bread toast, you can also use them in other desserts or as a simple bread spread.