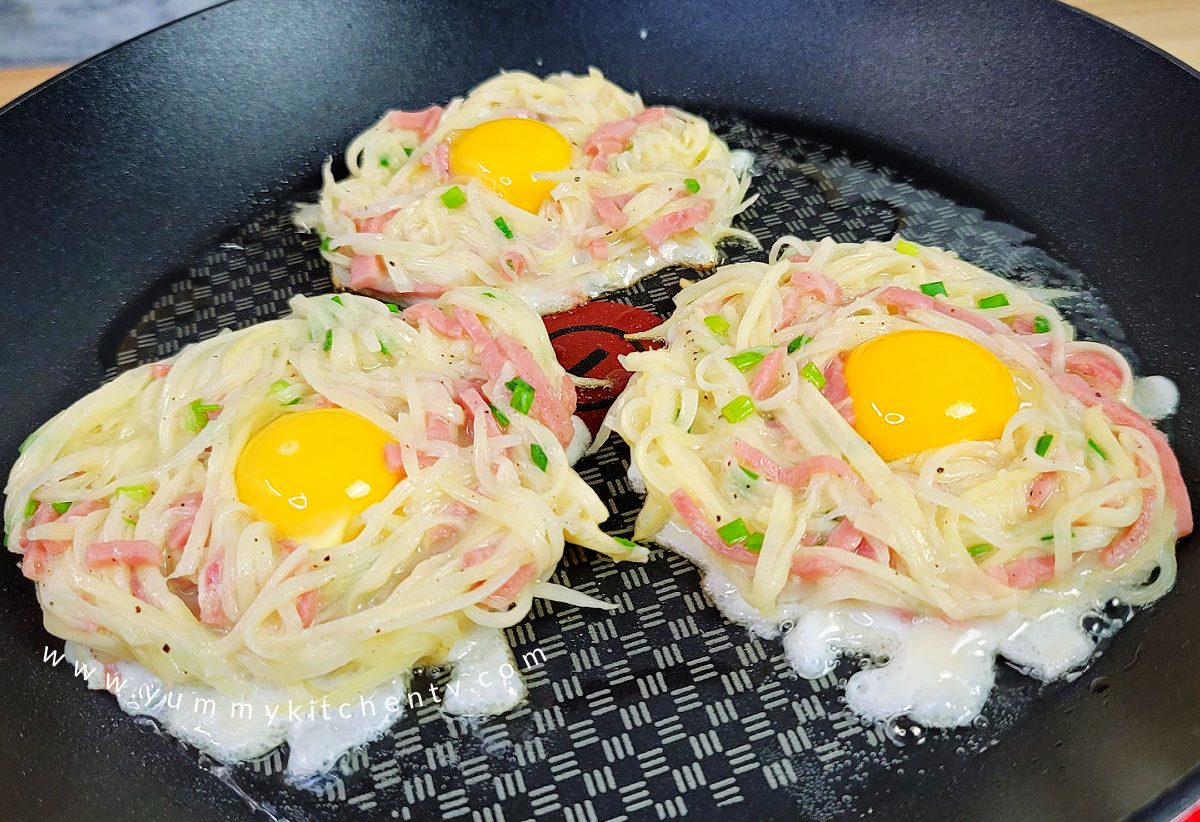 Chirp chirp chirp! Enjoy a wonderful but easy-to-prepare potato snack which looks like a nest! If you have kids you have trouble feeding with, try serving them this good-looking potato snack. The potato egg nest are a mixture thinly sliced potatoes with ham and spring onions designed to look like a cute and lovely bird’s nest with a special egg yolk surprise on the inside! Best paired with ketchup. Try some today!