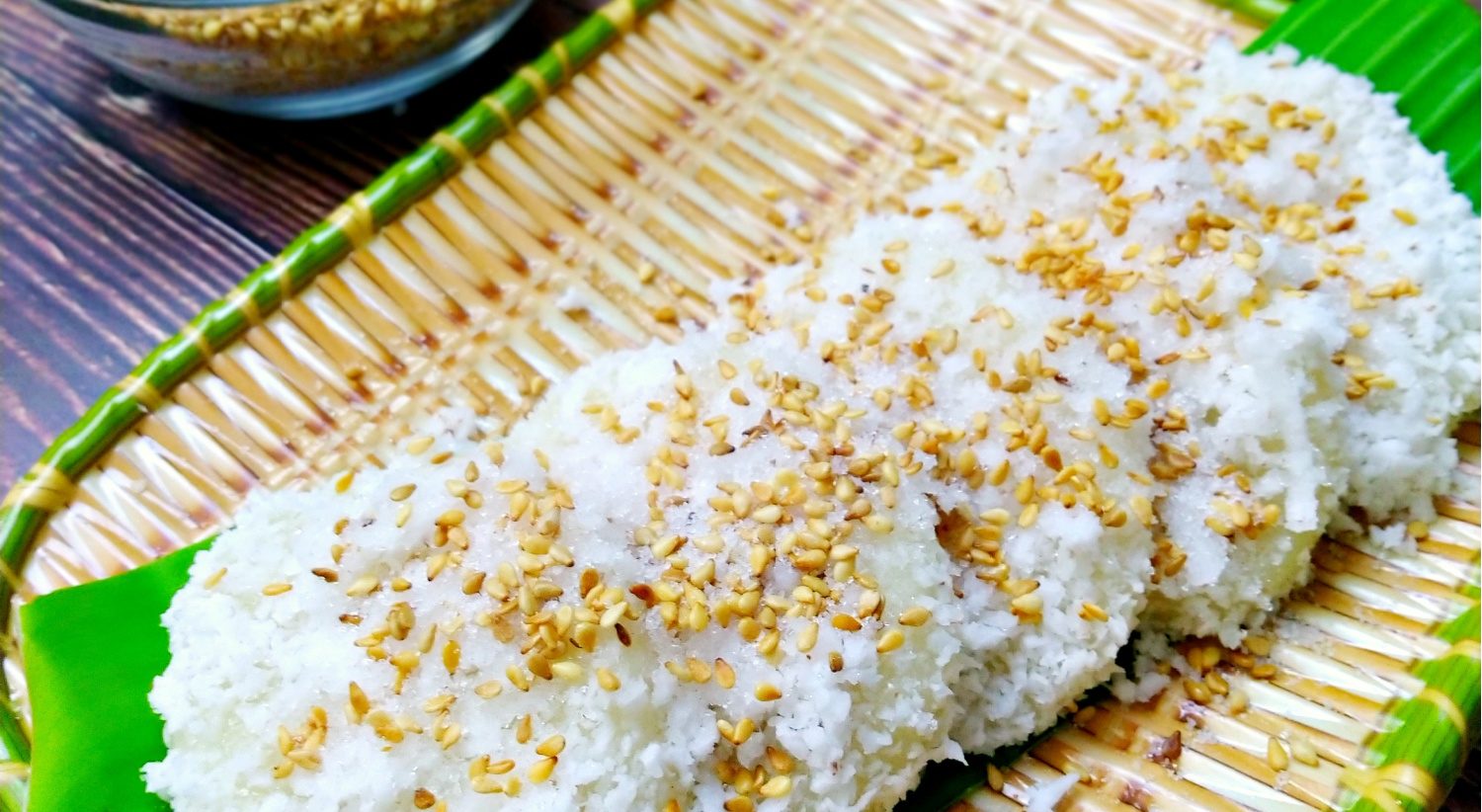 Palitaw captivates a lot of people because of its distinctive taste and its plump consistency. These chewy delicacy can e bought especially in public markets and churchyards. Traditionally, it is mostly made of glutinous rice which is soaked in water overnight, then milled to make a dough which is also used in other native rice cakes such as bibingka, suman, espasol, sapin-sapin and puto.

But these days, cooking delicasy has become easier with instant pre-milled rice flour. Today, you can find powder glutinous rice flour that you can use to make palitaw. All you need to do is to put water on it, form into a circle and flatten. Boil and wait until it floats. In just minutes, you can enjoy this snack at the comfort of your own home.

1. In pan, toast the sesame seeds until light brown and aromatic. Use low heat. After around 15 minutes, you can see it changes its color. Remove from heat and let it cool completely. Crush it a little to release the flavor then add sugar. Mix well and set aside while making the palitaw.

2. To make palitaw dough, Mix glutinous rice flour and water until a dough is formed.

3. Scoop around 2 tbsp of the dough, form into a ball then flatten. Do the same with the rest of the dough.

5. Once the palitaw are floating, remove from water and drain.

6. Coat with grated coconut and top with toasted sesame seeds and sugar.