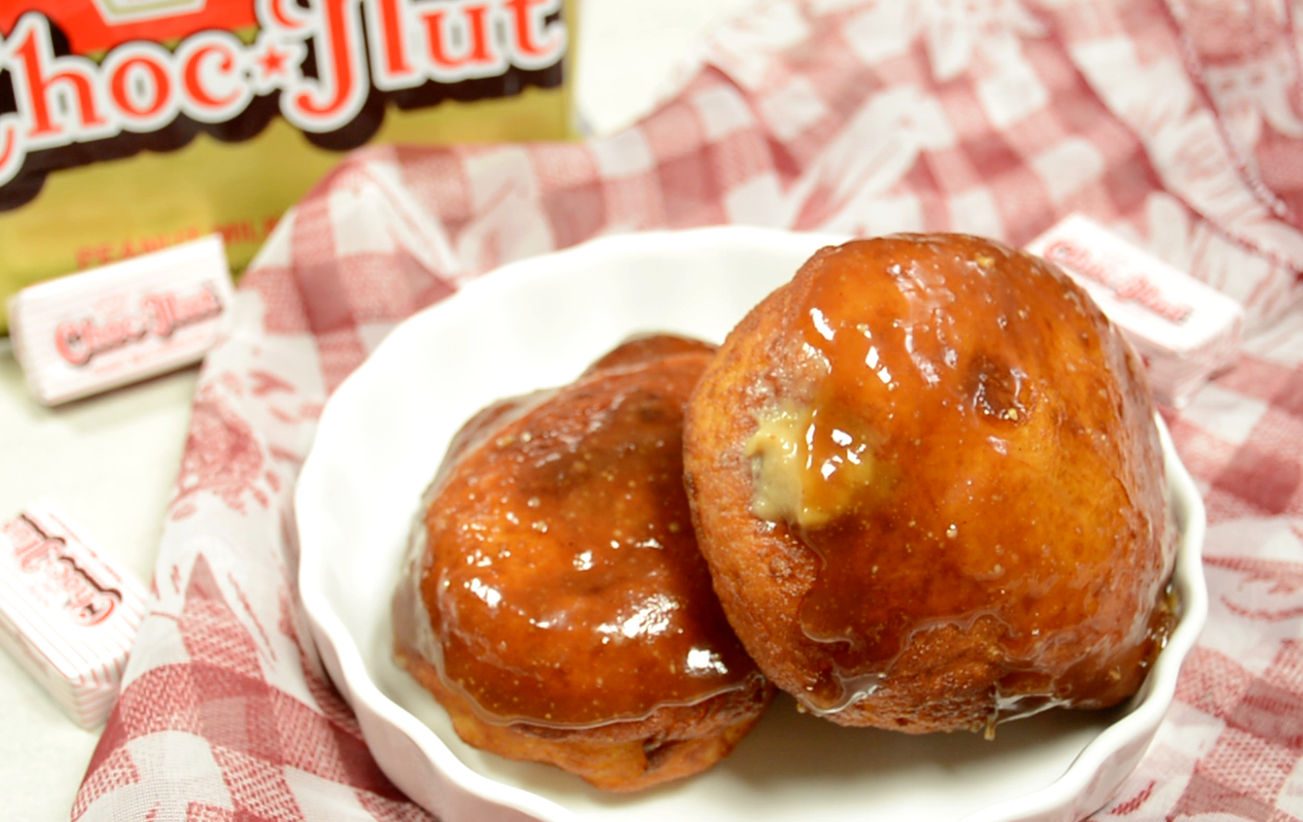 This Chocolate Donuts are made by dipping fried Donuts made with hard flour, milk, yeast, sugar, salt and egg, in a caramel mixture made by crushed chocnut, sugar and water. Before dipping in caramel, a filling, made by powdered chocnut, egg yolks, sugar, flour, milk, vanilla extract is injected into the Donut after making a hole inside donut. This sweet snack would be a nice dessert while having a reunion with your childhood friends while talking about your childhood memories.