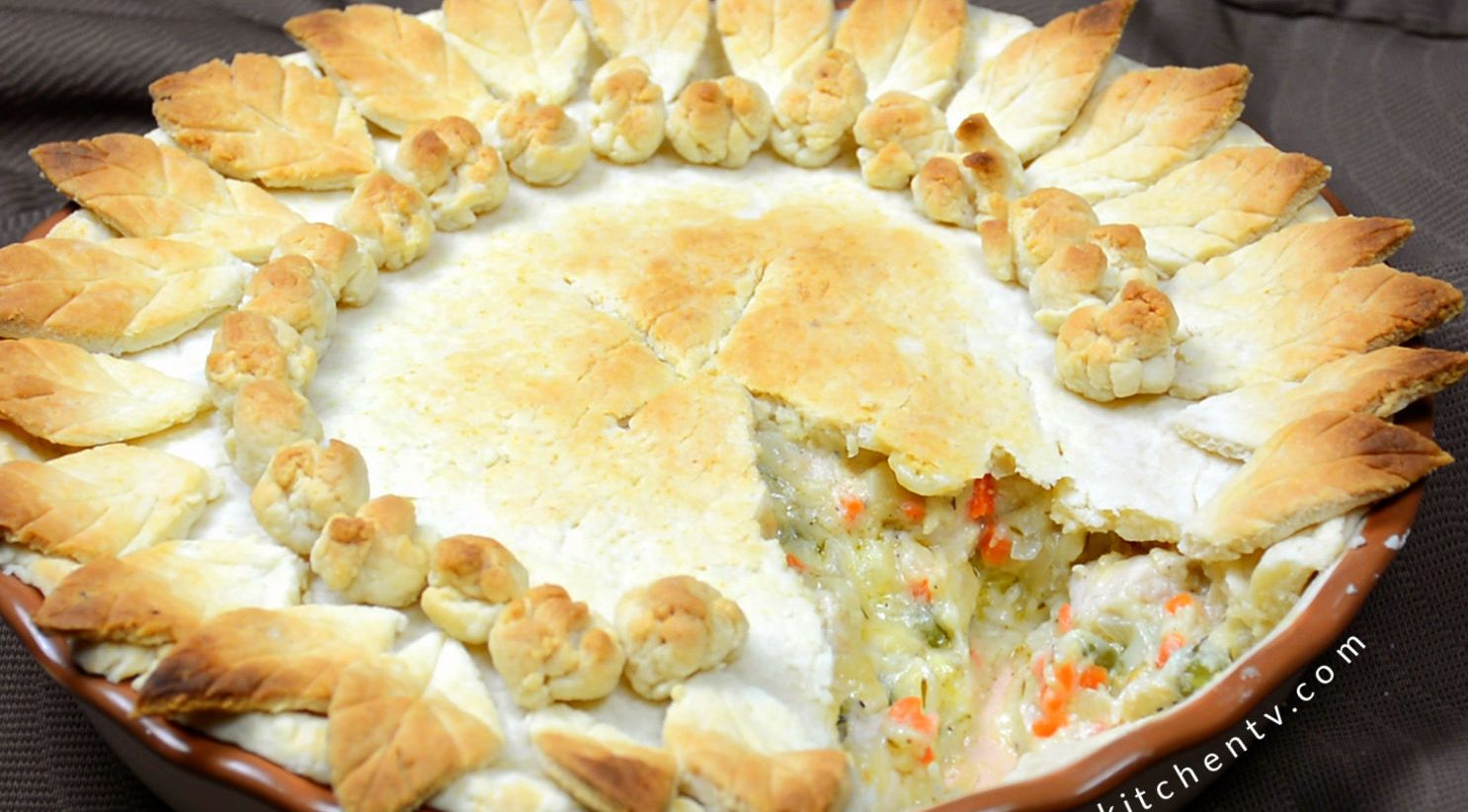 If you have cream, chicken and some vegetables lying in your pantry, then it’s time to transform them into an extravagant dish! Level up your creamy chicken dish and partner it with some pastry. Chicken pot pie is a famous meat pie dish around the world which uses chicken and vegetables in a creamy gravy with a flaky pie crust on top. It is best eaten as a snack or appetizer. Try one today!

The very first time I made chicken pot pie was for one of our visitors. They saw my stock of chicken and heavy cream in my pantry and specifically requested to make some for them. I was a bit clueless that time since I have never made one but my mom says it is just similar to the classic creamy chicken pastel, only with a crust. I became confident since one of my best recipes was chicken pastel. I learned that the chicken filling for the chicken pot pie is actually the chicken pastel’s sister. The only difference is that the ingredients were chopped smaller and the filling is a thicker one. Our visitors ended up liking it, leaving them wanting for more.

Chicken pot pie is a hearty and creamy dish which is a good way to use up leftovers vegetables. With the different ingredients used in the filling, it is definitely loaded not just with lot of flavors and textures but also nutrients. There are no rules on what vegetables you can use alongside the chicken so choose the ones you like. If you got curious on how to make a chicken pot pie, continue reading the recipe below.

HOW TO COOK CHICKEN POT PIE

To make the best chicken pot pie, you need to be mindful of the two basic elements—the crust and the filling. In some places, there are available crust dough in the grocery. The crusts is truly easy to make and you can even make it from scratch.

Let us talk about the crust first. This is the first thing to be seen once the chicken pot pie is served. It must make a good impression and our goal is to make a flaky crust. In order to achieve a good crust, you need to ensure that your crust ingredients are in the right temperature. Mix your powders and then incorporate cold butter in the flour. Use your hands to make things easier. You will have butter lumps which will go smaller and smaller until well-incorporated. Use cold water in making the dough. This is to not let the butter melt while waiting for the filling. When baked, the small blobs of butter will melt, making the crust flaky.

When the crust is ready, then it’s time to make the filling. Simply saute all the filling ingredients until they come together. The filling should be thick enough that you can eat the entire pie with your fork. To make it thick, stir in the flour continuously as you pour the cream and the broth. When the filling is done, transfer it to a round pan and place the crust on the top. Trim the excess and decorate your pie. I made leaf-shaped dough which I placed on the sides for a fancier look. For a pretty finish to the crust, brush it with an egg wash. Remember to make a slit at the center of the pie or else your pie will bulge. The last thing to do is to bake your pie. Serve your freshly-baked pie and enjoy!

With our visitors wanting more of my chicken pot pie, I recommend you to try making smaller versions of it for a single serving. You can use llaneras or other molders if you would like. This can ensure that everyone can enjoy the savoury goodness of the chicken pot pie.