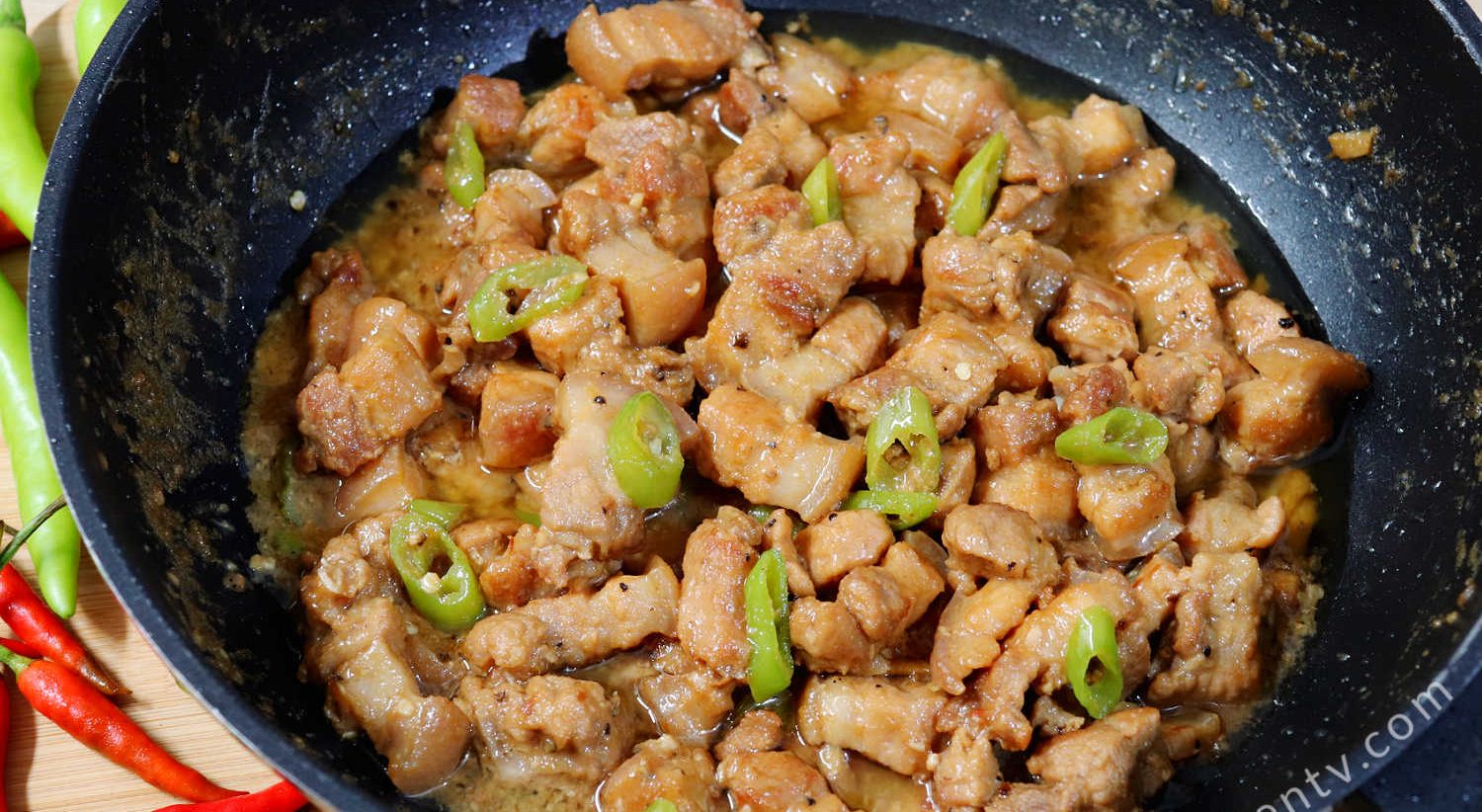 In contrary to its name, the Bicol express was actually popularized in the district of Malate, Manila. This dish was invented by a restaurant owner named Cecilia Villanueva Kalaw. And to a surprising fact, Tita Cely was a native of Laguna. OMG! Too many places! But why it is called Bicol Express? Bicol express is made in traditional Bicolano style using coconut cream and chilies. Tita Cely named this dish after the name of a train that passes their house which travels from Manila to Bicol.

Bicol express has evolved to having more meat with less chili to be enjoyed by the people with low tolerance to spicy flavor. The spiciness level depends on your preference. More spicy = more tough. But of course, what’s more important is you enjoy every bite of this dish.

HOW TO COOK BICOL EXPRESS

Bicol express is a one-pot dish which is very easy to make. Start by searing the pork. Do this in batches to maintain the temperature of the pan and oil. Set the pork aside and make the savoury sauce base by sautéing the aromatics and the shrimp paste. It is best to use fresh shrimp paste (but I used sautéed in this one, haha). Add the seared pork back to the pan and coat it with the sauce. Simmer the pork using the thin coconut milk. The thin coconut milk is the “pangalawang piga” of the niyog. You can also make this by mixing half-part water and half-part pure coconut milk.

Watch how to Cook Bicol Express