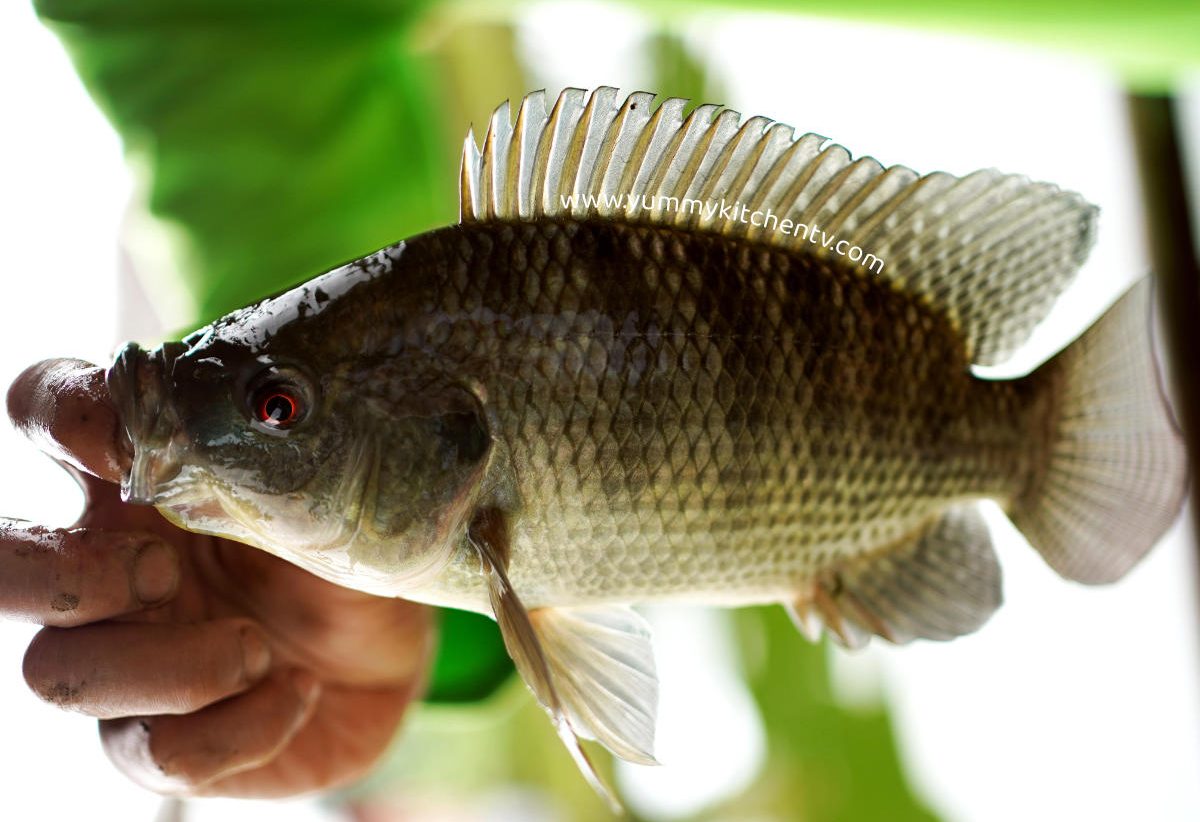 Tilapia, a freshwater fish found around shallow streams, rivers, ponds, lakes and brackish water. These fast growing fish that can adapt to its surroundings very well. These can survive harsh weather, living up to 10 years and more than 10 pounds in weight. It is a real farmed fish, not a man made fish contrary to some myths. This inexpensive fish isn’t just the most common fish to be eaten around the world. It’s also mild in taste, making it perfect to use in many dishes! A fish without much of the fishy smell and taste, is easily accessible and very affordable. Look no more and try out the modest Tilapia?

TIlapia, a type of farm raised freshwater fish harvest all around the world, second only to carps. While ‘TIlapia’ is the common name for nearly a hundred species of cichlid fish, these are also called the Nile or black tilapia, Nile perch, mojara,  freshwater snapper, or Redbelly or red TIlapia. Wildley native to Africa. Then introduced throughout the entire world. The Tilapia Actually goes as far back as Ancient Egypt, these were represented in hieroglyphs, taking on the symbol of rebirth, bein associated with Hathor, a sky deity, the Tilapia companies this goddess and daily protects her across his journey across the sky. These are also one of the three main fishes from the Sea of Galilee, being a fish that has been seen through thousands of years.

Farmed in over 135 countries, since these are easy to farm, as the fish does not mind being in crowded spaces, these also grow quickly in lakes, and rivers, shallow streams, and pods, less commonly found in brackish water. Even calling these the “aqua chicken” since these can be produced in masses. The taste also varies depending on the feed and water quality.

Being the fourth most consumed fish in the United States, after salmon, tuna, and Alaskan pollock. Chances are,that you’ve already eaten this fish fried, cooked in sauce, steamed, in soups or even in salads. Sure to be added to those you are looking to lose weight and need the health benefits with a more budget friendly price.

A flakey white-meat fish that’s easy to handle, low in fats and calories, and high in protein. These are just a few examples of benefits consuming Tilapia can give. Check out the list to help push you to serve it up the table, give this fish a go!

How Tilapia swam it’s way to the Philippines

The Tilapia,pronounced (tuh-laa-pee-uh) is a popular fish in the Philippines for its low cost, great benefits and use in many Filipino recipes. But how did it swim its way to Philippine borders? It started in 1950 through a Filipino biologist named Deogracias Villadolid who was at that time’s Bureau of Fisheries. He specialized in fisheries science , introducing formal fisheries education and pioneered the tilapia aquaculture in the country; these have helped and are still helping provide valuable income to many fishermen. And till this day, Filipinos are still eating this affordable fish with relish, here are some easy tilapia recipes to try:

A deliciously easy to eat and make into a dish kind of fish, a staple in many households for its economical price and a wide selection of yummy recipes. This low profile fish should not be looked down on. Give this fish a chance, and we’re sure you won’t be disappointed.