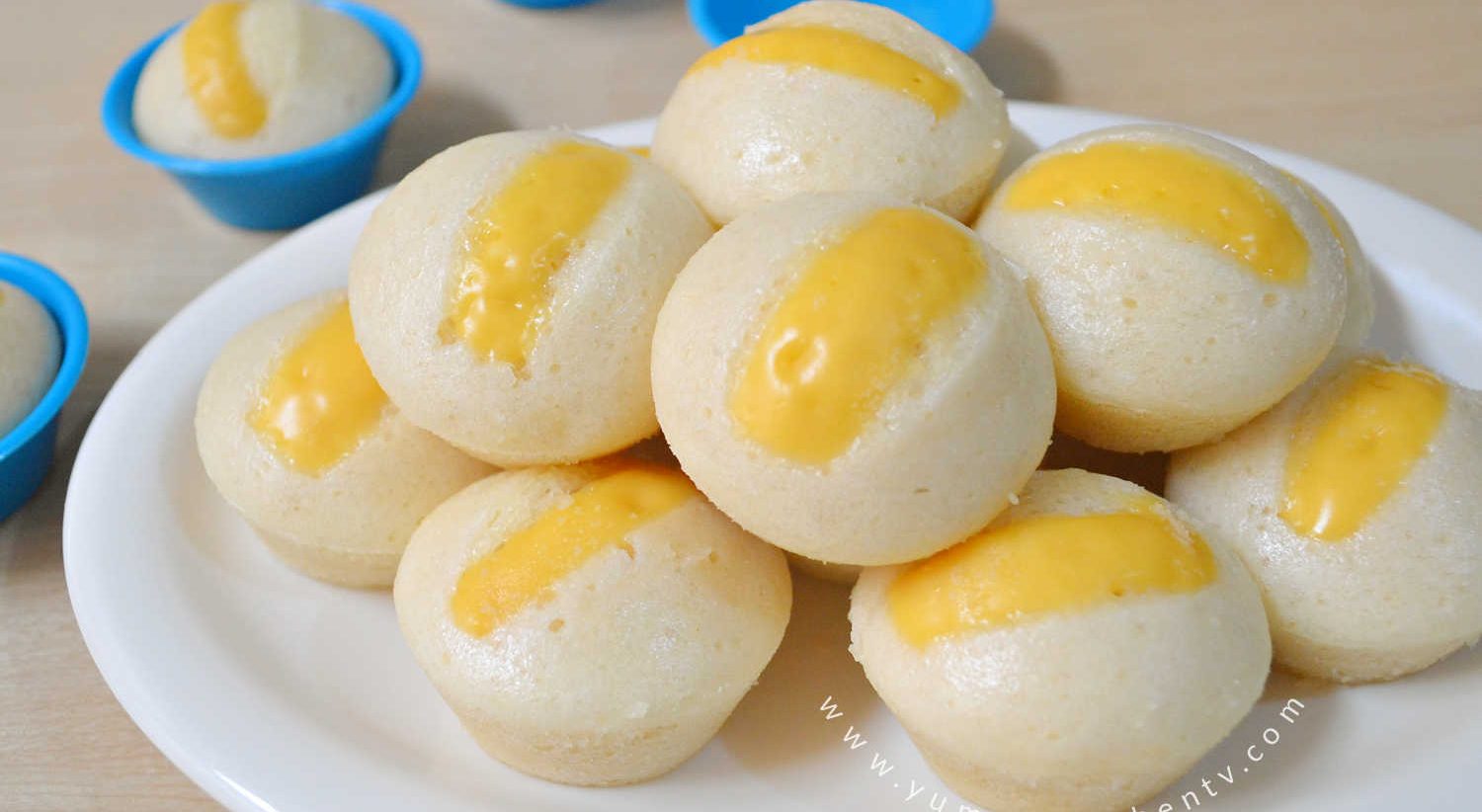 Cholesterol-free puto is here! Enjoy your favorite steamed puto with the same classic taste but in a healthier way. Top with a strip of lovely cheese and have it with a cup of coffee to warm yourself in a cozy morning. Good for the heart and good for the tummy!

Puto is one of the top native delicacies in the Philippines. These steamed small rice cakes are dense and fluffy with a slightly sweet taste. Puto are best served during potlucks and celebrations because they are easy to carry and serve individual portions. Just like with loaf bread, puto are commonly eaten with pancit and dinuguan.

One of the common challenges of the savoury cooking nowadays is how to make them healthier. Aside from a happy eating experience, a healthy and nutritious meal is the utmost priority of preparing food.

Making the classic puto involves whole eggs which helps the puto rise and become a delightful treat. Since eggs are known to be rich in cholesterol which may be harmful to the heart, some alternatives may be used to make the original puto without any worries.

Puto is one of mom’s favorite breakfast and afternoon snack. She likes it best when dipped in diniguan. Whenever I make a large batch of puto for a special occassion, she won’t stop eating until she’s full. For the ageing people, heart health is really important. As the one who cooks most of the meals for my family, I start make my puto cheese without eggs and by using baking powder instead. During the first time I made these, I didn’t reveal that they were eggless just to see if they can notice any changes in the taste. I got no negative feedback and the eggless puto cheese was indeed successful.

For those who experience a worry-free puto cheese, here’s a good news! Yummy Kitchen got your back! To make your own eggless puto cheese at home, simply follow the recipe below.

HOW TO COOK PUTO WITHOUT EGGS

If you have prepared the classic puto in the past, you might be familiar with the steps in this eggless puto recipe.

Make the eggless puto batter by combining the dry ingredients followed by the wet ingredients until you form a nice and thick puto batter. Instead of the eggs, baking powder will be used to help the puto batter rise.

Just a quick note when using baking powder. Always buy fresh ones to ensure the effective rising of your puto. During my past trials where I used unsealed baking powder, my puto didn’t expand and it was not a nice experience. For this specific ingredient, I highly recommend buying sealed baking powder from groceries unlike the ones from the market.

Grease your molds and pour the puto batter. Just like other puto, you can add any filling or topping of your choice. In this recipe, I opt to decorate the top with a strip of cheese for a classic puto vibes. Steam your puto pieces until cooked. It took me around 15 minutes of steaming until I am satisfied with the texture.

Let your eggless puto cool before enjoying with a cup of coffee! Make sure to share some with your friends and family.