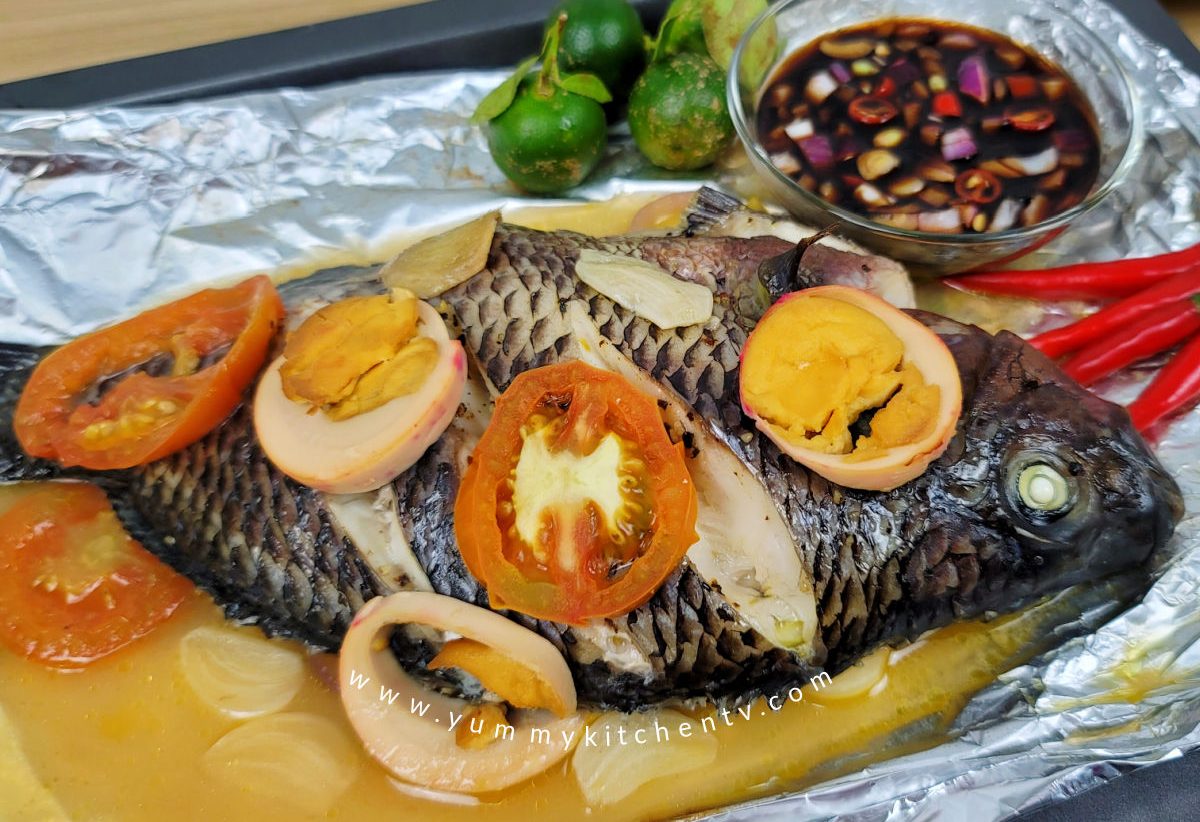 Pinaputok na tilapia is one of the best recipes which you can make with your favorite freshwater fish, the tilapia.  This dish is made more flavorful with the aromatics stuffed inside the fish which penetrates within the flesh. One bite of the fish will give you the combining burst of flavors from the land and the sea. What are you waiting for? Try this recipe today!

WHAT IS A TILAPIA?

Tilapia is the fish which will be used for this featured recipe. Tilapia was my favorite fish next to our national fish, the bangus. It is a type of freshwater fish and were grown in lakes, streams, ponds and rivers.

This fish has a gray body and a pure white flesh which is very fresh and ocean-y in flavor. And compared to bangus, the level of difficulty of deboning this fish is 1000000% much easier (HAHAHAHA) which is why tilapia is often used in flaked dishes like fish spreads and fish sisig.

Tilapia is rich not just in protein but also in omega-3 fatty acids, phosphorous and B-complex vitamins. It is usually eaten plain fried but are also used in savoury and saucy dishes.

Whenever I have extra time in cooking, I make sure to upgrade the food I make. I had some pieces of large tilapia which were given to me by our neighbor. Instead of just frying them, I filled them up with aromatics to make it a gourmet dish.

There are a lot of pinaputok na tilapia recipes out there but this recipe is much more special. Read and follow the steps below to believe. Happy cooking!

HOW TO COOK PINAPUTOK NA TILAPIA

Start this recipe by making the aromatic filling. In this version, I choose the most commonly used ones such as tomatoes, onions, garlic, ginger and then seasoned them with salt and pepper. You can actually add other aromatics you like. I tried a version of this before with tanglad leaves. Just make sure to have them in equal amounts so that no aromatic will overpower the others.

The next and the most important thing to do is filling up the tilapia with the aromatic filling. Before doing this, make sure to clean the fish thoroughly and remove its innards and gills. This removed part is the space where you will put the filling. Fill it with the aromatics until the fish almost burst, hence, “pinaputok”.

Next, grab an aluminum foil and brush it with butter. Other simply put the tilapia inside but for me, of course, I want everything more special. In this recipe, I made a bed of aromatics (using the same ones I used for the filling) where the tilapia will rest as it cooks. I also added some sliced salted egg on top but that is totally optional.

Bake or grill the tilapia until you start to smell the victory. Once you unwrap the aluminum foil, there will be juices from both the aromatics and the fish. Don’t waste them since they are too flavorful. I usually serve the pinaputok na tilapia while still in the aluminum foil.

Serve this dish during fiestas or simply prepare them for yourself. Best served with hot steaming rice. Enjoy!