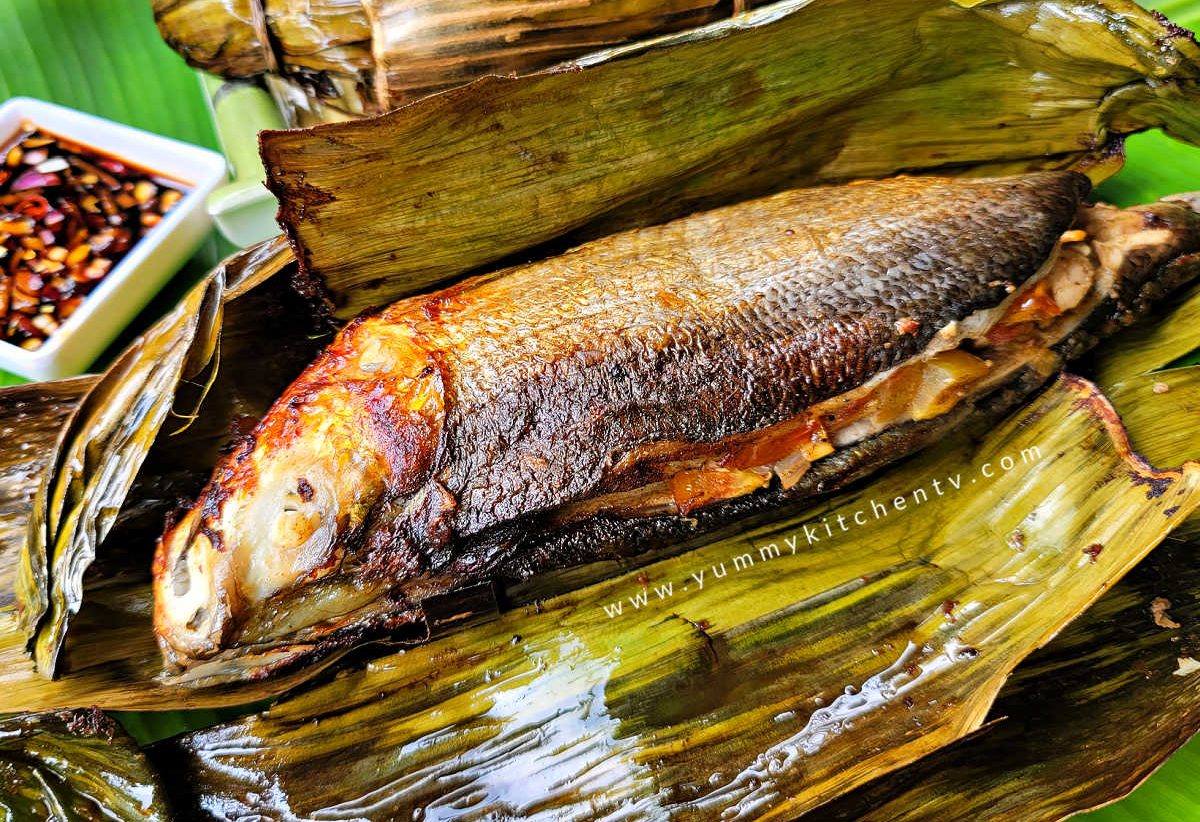 Create new adventures with your bangus by turning it into pinaputok na bangus! This milkfish recipe is filled with different types of aromatics like tomatoes, onions, garlic, and ginger which will all grant the powerful and delicious flavors bursting inside your mouth. Best paired with hot steaming rice and special suka. Try this recipe today!

Bangus, or milkfish, is a saltwater fish which is very abundant in the Philippine waters. This fish got its other name given that its flesh is described to be milky white when cooked.

Have you ever been to Dagupan City in Pangasinan? This city is known as the bangus capital of the country. This festival is celebrated April of every year to honor the city’s thriving aquaculture especially in bangus. I was honored to have watched this festival even for once in my life. The people wear bangus costumes and there are a lot of variety shows. What I loved best during my stay there was watching a bangus deboning competition! These people are really the best of the best! I am so impressed with their skills and inspired to practice my own.

Bangus is one among the best fish I’ve tasted. Not being biased because it’s the national fish of the Philippines! I have discovered that bangus is originally a saltwater fish. They don’t breed in freshwater so the breeders let the eggs hatch and grow a bit in the saltwater and then transfer them to fresh water to fully grow! Now I understand why the flesh gives that fresh ocean taste!

Aside from being the national fish of the country, bangus is also notorious because of another thing–its bones. When someone says, “mas matinik ka pa kaysa sa bangus”, take it as a complement. It only means that you are attractive enough to make people fall in love with you.

Bangus is best when cooked as paksiw. If you’re worn out with paksiw or fried bangus and wanting to try other dish, try this pinaputok  na bangus recipe! The steps are very simple and will only take a few minutes to prepare.

Try the recipe below and tell me what you think!

Buying boneless bangus will make this recipe so much easier. But what will you do if you can’t find one?

If you will  notice, bangus bones really differ with other fish. When you take out a fishbone, the bone will branch out into three. That was made more difficult as these fishbones are too thin and needs really 20-20 eye vision.

There are many references online on how to debone. Here’s a quick way to debone a milkfish without causing a single sweat:

HOW TO MAKE PINAPUTOK NA BANGUS

Bangus is definitely more loveable when it comes boneless. This pinaputok na bangus recipe will show you a way to level up your favorite bangus.

Before everything else, prepare the aromatic fillings. This will involve you a lot of chopping so prepare yourself. If you are preparing a large batch, a vegetable chopper would come in very handy and can save you a lot of time.

This recipe uses 2 large pieces of bangus. You can either remove the bones yourself or buy already boneless ones. The burst of flavor in this dish lies mostly in the aromatics so there rubbing some salt and pepper to the fish flesh is already enough.

When both the fish and fillings are done, place the fillings inside the fish and then fold. This dish is called pinaputok na bangus as the bangus is almost bursting of fillings.

Since our filled fish is very prone to bursting in the pan while cooking, we will use the banana leaf hack. Gather some banana leaves from your backyard and clean them. To make them pliable enough to hold the fish, wilt them by quickly passing them over the flame. Lastly, spread some margarine or butter before placing the bangus inside.  Spreading margarine to the banana leaf adds flavor and prevent the fish from sticking to the leaves when cooking. Roll the banana leaves and tie them carefully. I used banana ties also made from banana leaves. But you can use whatever tie available.

Lastly, fry the banana leaves with bangus in medium deep oil, just enough to submerge the leaves. Bangus are usually large so I recommend you to cook them one fish at a time. By checking the banana leaves, you can also know whether your overcooking them or not.

Remove the banana leaves and reveal our pinaputok na bangus. This is best served with a lot of hot steaming rice and special suka. Enjoy!