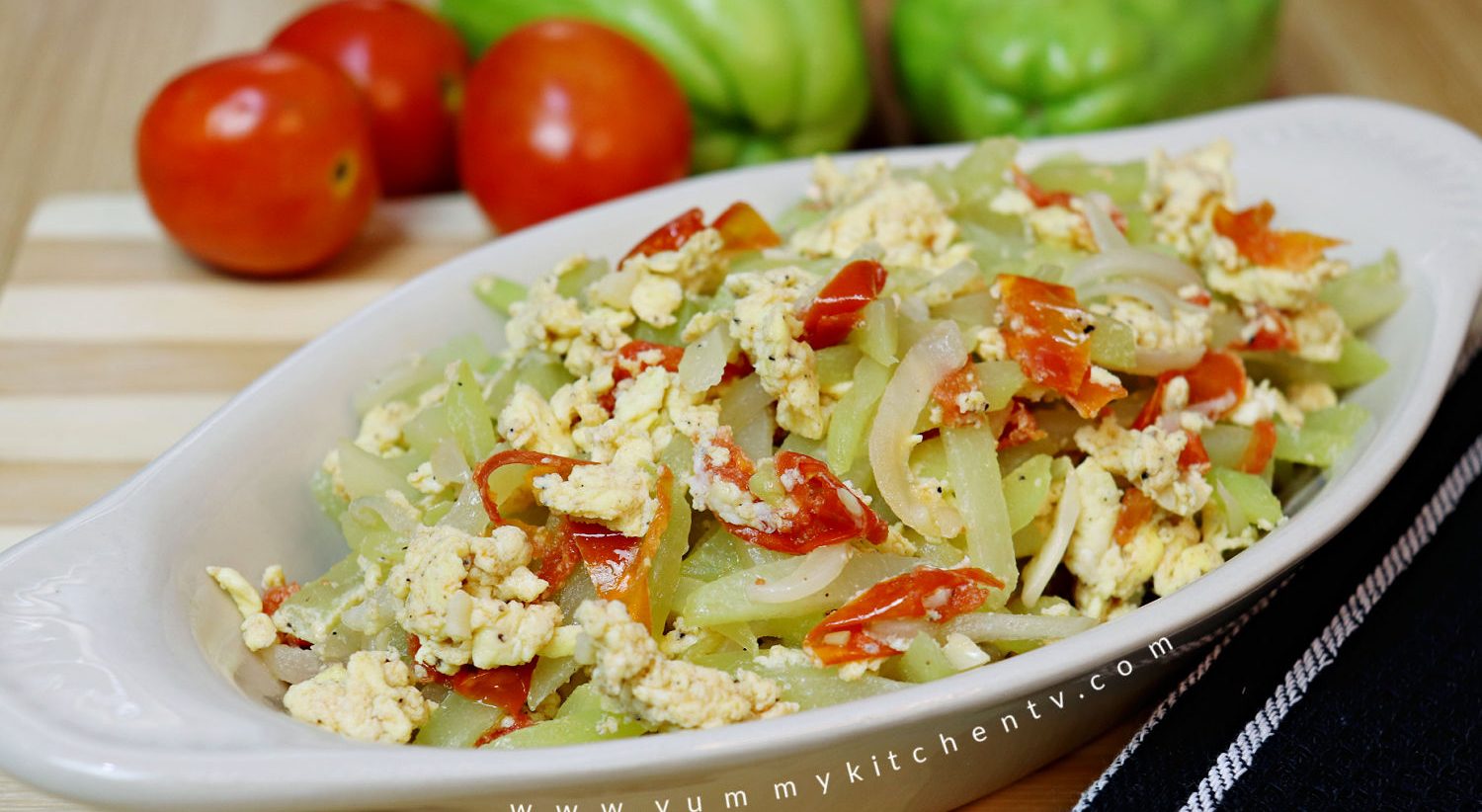 On a tipid mode? Ginisang sayote with itlog is for you! Make sure to have a healthy and yummy dinner with just TWO main ingredients! Egg and sayote is about to save your day!

There are really some moments where we are in a tight budget. Most of the time, the budget for food is affected. #TotallyRelatable. In these moments, we should be creative and make use of the budget-friendly food items we can find in the market.

Sayote is a vegetable you can always see at the market. It is actually a thin type of squash which is known to originate from Mexico. It is relatively cheaper than other vegetables and is surprisingly rich in Vitamin C and Vitamin B6! Sayote can play a good role in a lot of dishes, especially the sautéed ones. It is crunchy when it’s raw but so tender and melts in your mouth once cooked. It can be used to expand a dish to feed more people or just to make a dish much healthier. If your only choice is to cooked canned products, you can try to add some sayote strips and your canned dish is tastier and healthier.

Chicken egg is a staple to every kitchen. It is also one of the very budget-friendly food items which is very flexible to be partnered with a variety of ingredients. It is rich in protein, iron and vitamin B6.

With sayote and eggs not taking much up of a daily food budget, these two ingredients can be reimagined to make one sumptuous and healthy meal which your kids will surely like. Ginisang sayote with itlog is a very easy meal to prepare and most importantly, budget-friendly. Try this recipe today!

HOW TO COOK GINISANG SAYOTE WITH ITLOG

Ginisang sayote with egg is as simple as sauteeing any other vegetables. Start with preparing your sayote. Cut it in half, and then in quarters. You will notice a hard pith at the center and you need to remove them before slicing the sayote into strips. Heat some oil in a pan and saute the aromatics including the tomatoes. Add your sayote and saute it well. At this point, the sayote strips are still hard and crunchy which is why you need to add a little bit of water and let it simmer. The last step would be adding your whisked eggs and stirring the dish gently until the eggs become small yellow curdles.  That’s how easy the ginisang sayote with itlog is! Serve it with a bowl of hot steaming rice.

If you’re more of an egg-lover, or have an abundant of eggs in your pantry, you can actually use this Ginisang sayote recipe as a guide to make an omelette out of eggs and sayote strips. That would also be a delicious and healthy meal for you and your family.