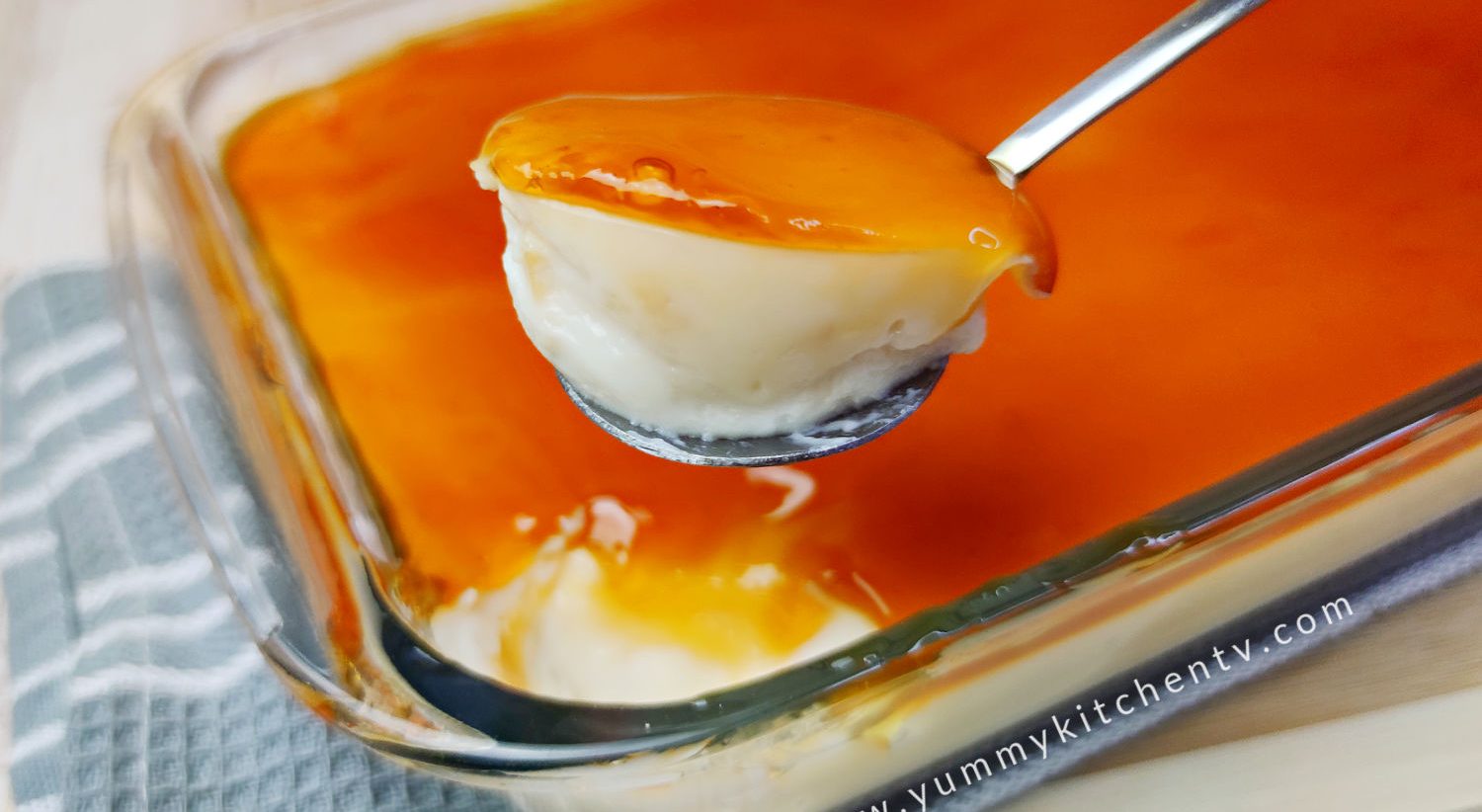 Woke up in the middle of the night craving for something sweet? Caramel milk pudding will make a great midnight snack for you! This sweet, milky and heavenly soft treat will boost your mood for a good night’s sleep.

A pudding is a famous American dessert made with the simplest ingredients—the milk and cream. It is a light and sweet dessert made with thickened cream and milk mixture. Different versions of pudding uses different thickening agents like cornstarch, gelatin or tapioca. Usually, pudding is cooked by baking or steaming. Versions which uses cornstarch and gelatin do not need further cooking and is done by simply letting the pudding set.

Pudding has also become famous in the Philippines due to its ease of preparation. It can also be enhanced with our local Filipino flavors like ube, pandan and many more. In this recipe, you will learn how to make a classic milk pudding. To crown our milk pudding, we will make use of our favorite caramel sauce. If you started to drool as you read this blog, this is the sign to make one for today. Have fun!

HOW TO COOK CARAMEL MILK PUDDING

Since we always want to beautify our milk pudding for an appealing look and a more fun eating experience, we will give our milk pudding a crown—a crown because it will certainly be the best dessert you ever tasted. There are a lot of possible ways to top our milk pudding. Caramel sauce is a good choice for it has the right amount of sweetness and buttery flavor into it. As one with a sweet tooth, having milk pudding and some caramel sauce in one bite would be the death of me.

Make your caramel sauce by caramelizing sugar in a pan. Make sure not to overcook the sugar or else it will taste bitter and burnt. Just go for the right amber color. Add a slurry until it thickens. You can use milk in the slurry for a milkier taste. Let it cool a bit before pouring into the milk pudding. Make sure that the milk pudding has set before you do this step. Enjoy this sweet chilled treat any time of the day!