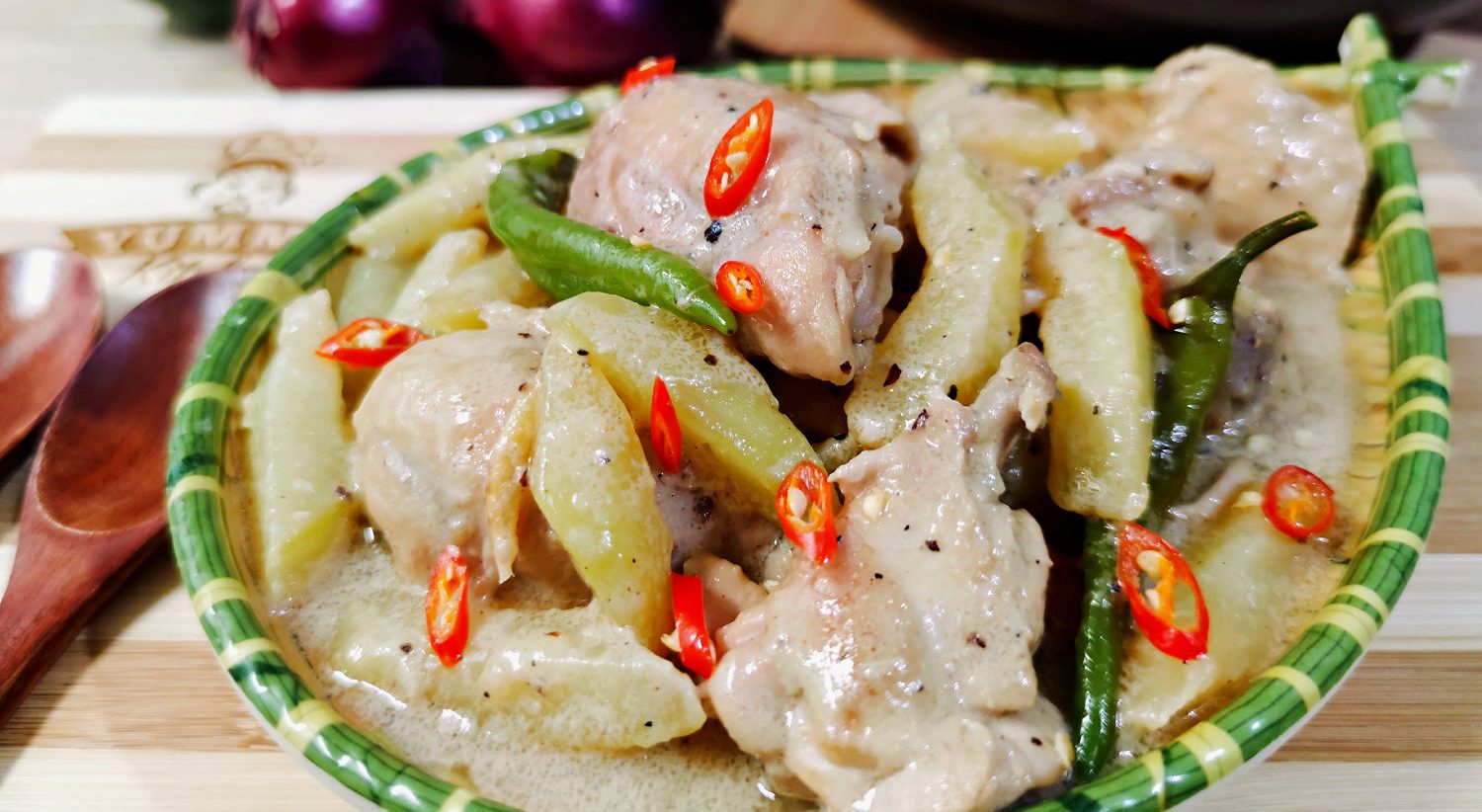 Cant’ think of what to cook for lunch? Try this ginataang manok with papaya recipe! This classic Filipino savoury dish is made of chicken and unripe papaya simmered in coconut milk and is made into a stew.  This healthy dish is best served with hot steaming rice. Creamylicious!

Ginataang Manok with Papaya is one of my favorite among creamy dishes. The term “ginataan” is derived from the word “gata” which is the tagalog translation for coconut milk—the magic ingredient which makes ginataan dishes very creamy and wonderful! The creaminess of the gata cannot be compared with any other culinary milk. It has this thick consistency and refreshing flavor. It is a very versatile ingredient which can be used in stews, curries and even on desserts! This blog will show you how gata can creat magic with chicken and unripe papaya.

HOW TO COOK GINATAANG MANOK WITH PAPAYA

Cooking this ginataang manok with papaya is very easy and will only take you a few minutes to prepare. To start, saute the aromatics and the chicken. Season with fish sauce and pepper and cook until the chicken is light brown. Next, add the thin coconut milk and let the chicken boil on it. The thin coconut milk is the liquid from the second squeeze of the coconut milk. Let it simmer and then add the papaya slices. The papaya is cooked once it softens. Add the thick coconut milk. This is the creamier liquid from the first squeeze which is called the “kakang gata”. Do a taste test and season it with salt.

If you have a lesser time for preparation, you can actually opt to use store-bought ginataan mix. It is a powdered form of the gata which is also pre-seasoned for convenience. It is still recommended to use fresh ingredients for a healthier dish, if possible. Add the siling pang-sigang or the long green chili. You do not need to chop it, just put it on the pan whole. Let the dish simmer for a few minutes until all the flavors come together. Transfer in a serving dish and serve with hot steaming rice. Enjoy!