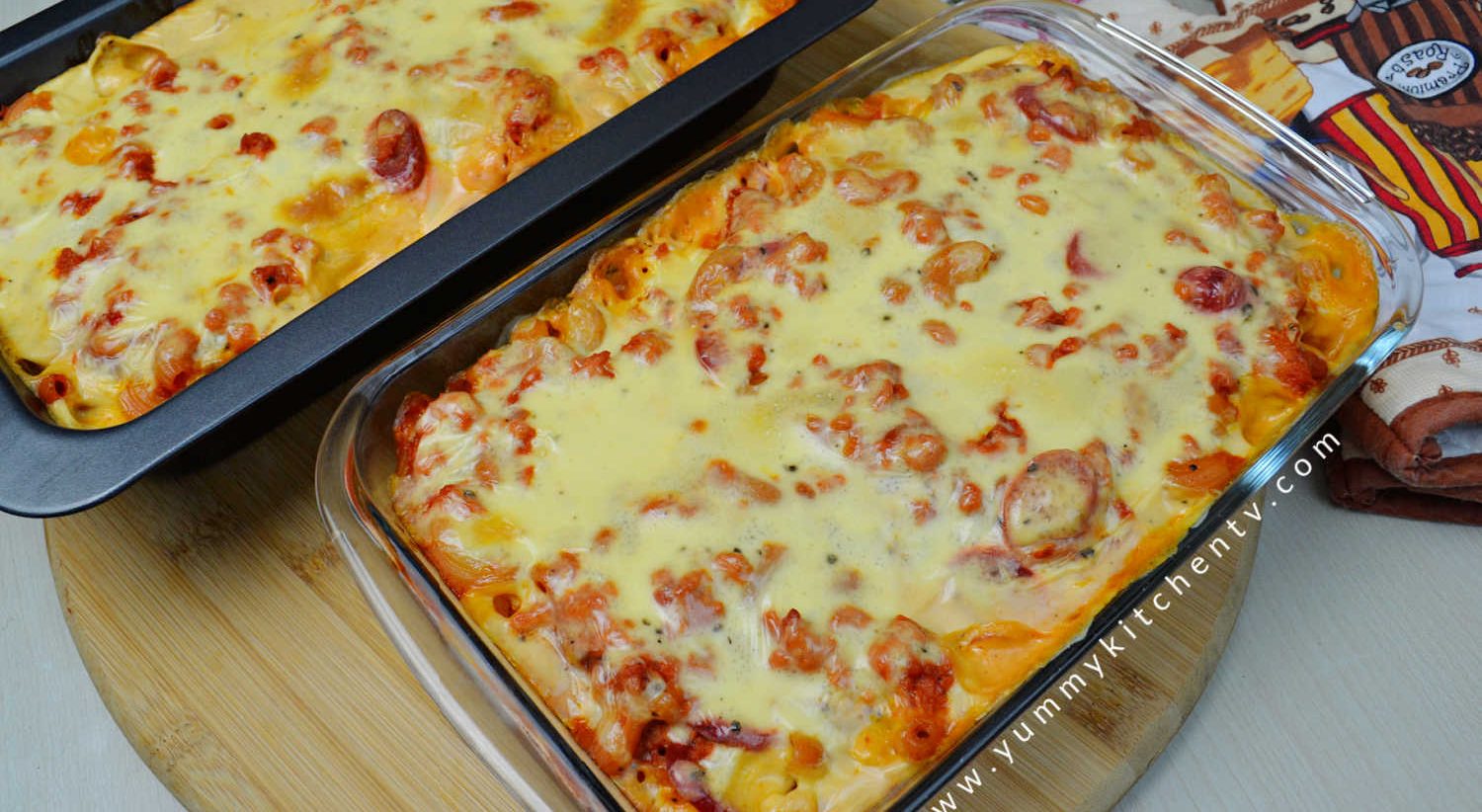 If you wanna venture out of the classic Filipino spaghetti, try making some baked macaroni! If you are serving this for the first time, introduce this as a modified version of spaghetti which uses pasta. But aside from being compared to spaghetti, baked macaroni is special on its own as the macaroni pasta is cooked thoroughly in the meat sauce through baking while the special cheese topping is browned. I’m sure you’ll be so fascinated when you see the topping bubbles!

For every Filipino occasion, spaghetti is a must-serve. Every guest will surely look for it. But if you wanna try to serve your guests another pasta dish which is also the same as spaghetti but is made with extra effort, try preparing this Filipino-style baked macaroni.

Aside from being served during occasions, baked macaroni was one of my favorite meal to buy during lunch. We have a small store in our canteen which serves a lot of pasta dishes. Instead of being ready-to-scoop, they prepare the pasta and the sauces separately and one can choose what pasta and sauce combination they like. When this store opened, I had a whole week of eating pasta for lunch since I wanna try them all. (I once tried spaghetti pasta with palabok sauce… it feels so wrong). One of my favorites is their baked mac. They quickly mix the macaroni pasta and the sauce (which they also use in spaghetti) and then top with cheese and then toasted in the oven.

Looking back, my first baked macaroni experience was very simple. Since then, I dedicated some time to make my own version of baked macaroni at home. And all that I wanted to say is that discovering the special cheese sauce was the key to the best baked macaroni.

Using the tube-like macaroni as the pasta, the meat sauce enters the pasta more and can fill you up fast. If you want a satisfying and fulfilling pasta dish, continue reading the recipe below.

If you have tried making spaghetti before, the following steps would be familiar to you.

Start by cooking the pasta. I recommend to cook them just before they turn al dente since they will cook further for later. The pasta is done and it’s time to make the meat sauce.

Cook your ground meat separately. I suggest using meat which is lean so it would not be too oily. And then in another pan, start the sauce base by sautéing aromatics, the hotdogs and then the cooked meat. Add the rest of the sauce ingredients. This baked macaroni is modified to the Filipino style for the Filipino tastebuds. Since we like a bit sweet pasta, I used a little condensed milk in the sauce. Add some grated cheese to balance the taste.

When the sauce is done, mix it just like how you mix the spaghetti. If youre in a rush, you can actually eat it at this point. But since we have an extra time in the kitchen, place the macaroni pasta in a baking dish. Now let’s make the special thing which will make our baked macaroni special—the milky cheese sauce.

The special cheese sauce is simply made by combining the topping ingredients until it forms a nice and thick sauce. Pour this sauce over the pasta and then bake. When the cheese starts to bubble, the baked mac is ready. Let it cool a bit or eat it straight out of the oven. Enjoy!